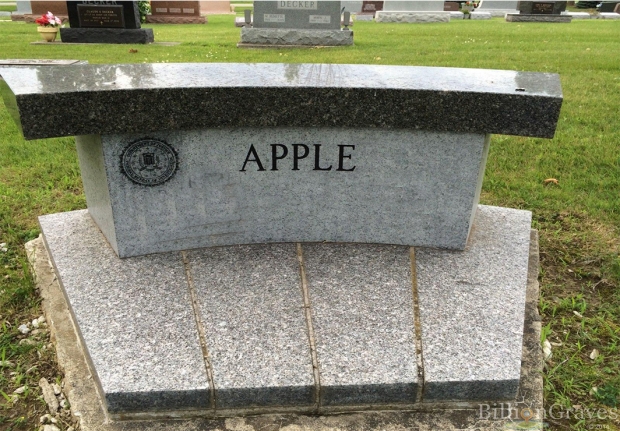 Fruity cargo cult Apple is providing a new feature for dead fanboys – it is apparently locking loved ones out of your accounts without a court order.

While most companies, even banks, are satisfied that you are the grieving next of kin if you present them with the relevant paper work, Apple has decided that you will have to spend a fortune for lawyers and get a court order before you can access to your dead partners email accounts.

According to CBC News Peggy Bush had initially asked for the password to her dead husband’s Apple account and was told that certifications to prove her husband’s death was enough.

However it appears that someone in Apple failed to understand that it was supposed to be a caring and sharing company who cares about its customers and decided to insist on a court order instead,

Peggy’s daughter, Donna, who did most of the leg work, “I finally got someone who said, ‘You need a court order.’ I was just completely flummoxed. What do you mean a court order? I said that was ridiculous because we’ve been able to transfer the title of the house, we’ve been able to transfer the car, all these things, just using a notarized death certificate and the will.”

Apple was all set to do nothing until the matter was placed in the hands of the local media. Suddenly it was all a misunderstanding.

Speaking about the ordeal, Donna said: “We certainly don’t want other people to have to go through the hassle that we’ve gone through. We’d really like Apple to develop a policy that is far more understanding of what people go through, especially at this very difficult time in our family’s life, having just lost my dad.”

Last modified on 20 January 2016
Rate this item
(4 votes)
Tagged under
More in this category: « British GCHQ’s voice call encryption has a backdoor Microsoft to recall Surface Pro 1, 2 and 3 chargers »
back to top