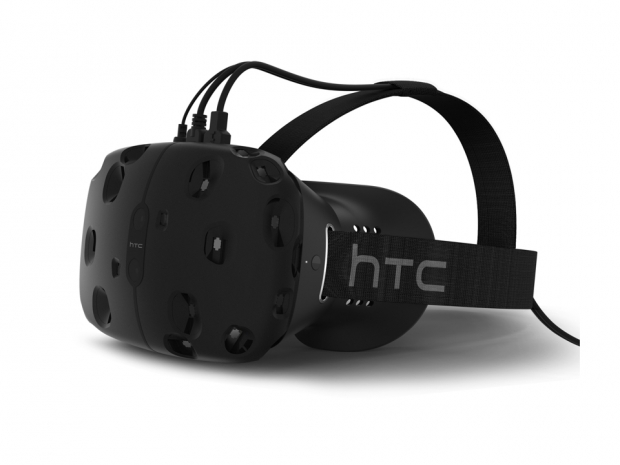 Perhaps one of the most anticipated and talked-about technology showcases at this year’s Consumer Electronics Show in Las Vegas were the variety of virtual reality headsets offered from HTC, Oculus, Jaunt, Creative Labs, Leap Motion and others.

The HTC Vive was developed in partnership with Valve Corporation, the software giant best known for the Steam gaming platform on PC (and not being able to count to the number 3). The company has made the Vive headset available to developers since last March at GDC 2015, but it wasn’t until recently that the two companies have allowed the general public to get some hands-on (and heads-on) experience with its new and improved developer units. 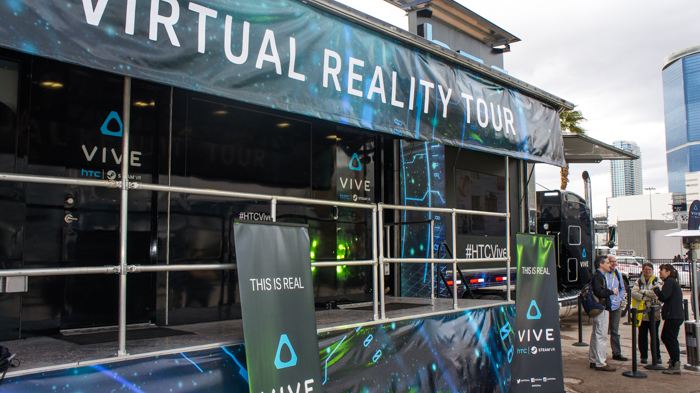 HTC has yet to announce final hardware specifications for the Vive, but some reports are expecting display hardware similar to the final version of the Oculus Rift. That device features dual OLED displays with a combined 2160x1200 resolution (estimated) and a 90Hz refresh rate. Recently, HTC Chief Executive Cher Wang explained that the Vive was delayed after the discovery of a “very big technological breakthrough.” The said breakthrough, however, is simply the addition of a front-facing camera system that allows the wearer to see objects in the physical world around them to help avoid collisions.

In summary, the new, improved version of the Vive will now feature the front-facing camera, a redesign of the headset and strap for added comfort, interchangeable foam inserts and “nose gaskets” to better fit the shape of the wearer’s face, a brighter display with enhanced clarity over previous versions, and handheld controllers with textured buttons, grip pads, and softer edges. According to Dan O’Brien, VP of Planning and Product Management for HTC Vive, the company is giving away 7,000 of the new Vive Pre units to game developers and other creative professionals this month. 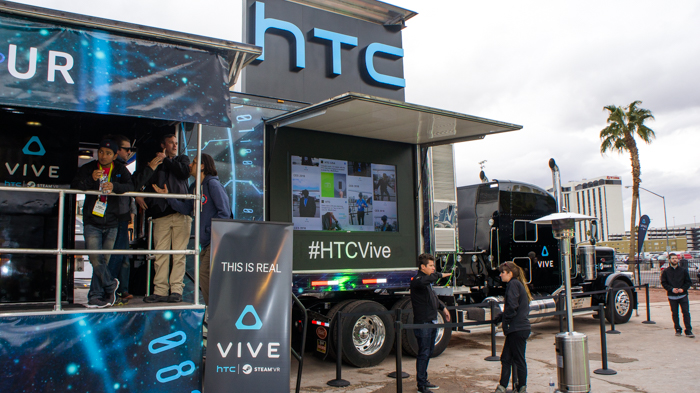 We had a chance to test drive an early developer version of the Oculus Rift headset back in October. That unit featured a 75Hz refresh rate and we were given the chance to play Half Life 2 running on a single Geforce GTX Titan GPU. Last week at CES 2016, we have now been given the opportunity to try the HTC Vive Pre (the developer version of the Vive consumer edition) running a 20-minute SteamVR demo. The final consumer version of the device, we have been told, will be given all the new enhancements found on the latest Vive Pre for developers. 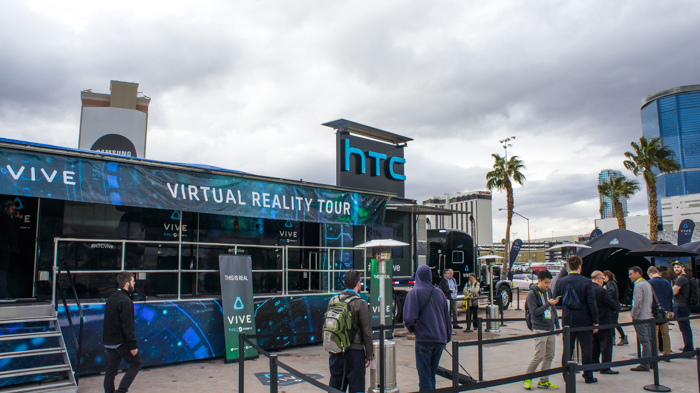 The line at the HTC Vive Experience area was about 40 minutes long, and thankfully we arrived at a good time on Day 1 of CES as we were told it was much longer in the morning. The 20-minute SteamVR demo we experienced consisted of four different virtual environments to explore and interact with using both physical walking movements inside a constrained 15-by-15 foot tent area and using the HTC Vive hand controllers. The PC used for this demo featured an EVGA X99 Micro2 motherboard, some Corsair Vengeance DDR4 memory and a single Nvidia Maxwell-based GeForce GPU. 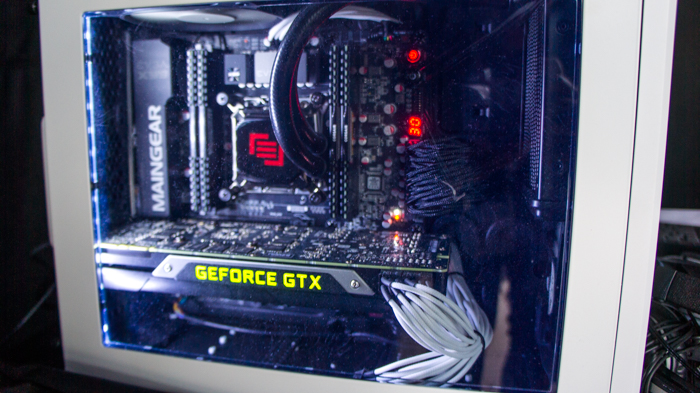 The first demo world was one in which we were immersed underneath the ocean and surrounded by sharks and small fish. Using the Vive controller, we were able to interact with small schools of fish swimming to and fro, pushing them away from us and toward the sharks.

The second demo was perhaps the most exciting and creative, in which we were able to control various tilt brushes to paint a three-dimensional canvas of art inside the entire virtual environment. The best way to explain this is that we were able to passively walk right through the 3D canvas we were creating without being sliced into pieces, giving the impression that there are virtually no limits to the laws of physics when wearing a head-mounted display. 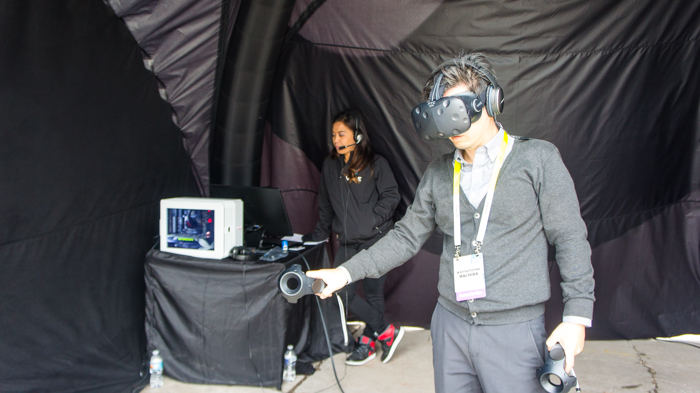 The third demo was one of our favorites, an environment straight from Portal in which we were required to repair a damaged Atlas robot using the Vive controllers. This consisted of opening the Atlas robot in various three-dimensional layers, revealing its inner hardware, and carefully repairing specific sections using an assortment of tools found in a nearby toolbox.

The final demonstration had us placed in a virtual office room labeled the "Office of 2050." Here, we used the Vive controllers to interact with objects on an office desk by picking them up, throwing them around the room, plugging in a desktop PC and powering it on, and even using a 3D printer to scan desktop objects and make copies of them.

In summary, we really appreciated the redesign of the Vive Pre headset strap. The new “nose gasket” also made the Vive headset much more comfortable to wear, in contrast, to the early version of the Oculus VR we tried back in October. The headphones provided for the demo were also comfortable, not too intrusive on the ears, and definitely helped alleviate much of the “seasickness” effect that plagues any virtual reality environment. We have been told this has something to do with the wearer’s visual movements not lining up with what his or her ears are hearing in the real world, and that wearing headphones compensates for this sensory signaling mismatch and is often required, if not mandatory, for a proper VR experience (vomiting may occur otherwise in some cases). 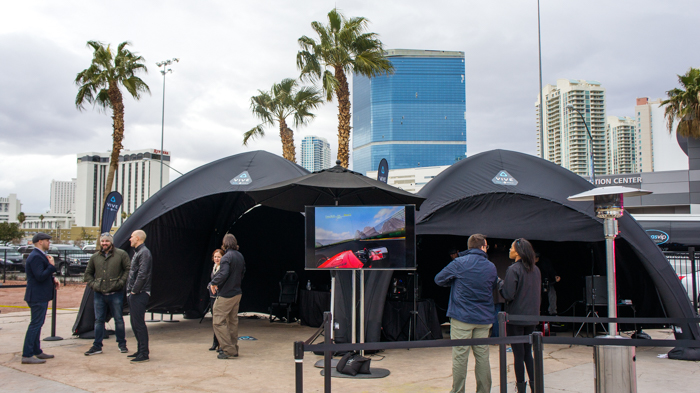 Controllers: Not perfect, reminiscent of Nintendo Wii Nunchuks
(we would much rather prefer Minority Report-style gloves)

We felt the Vive Pre’s controllers were very reminiscent of the Nintendo Wii’s Nunchuk controllers and we had some difficulty naturally picking up objects without having them glitch around like someone experiencing an epileptic episode. Drawing with the virtual paintbrushes was not a problem, however. In short, we would much rather prefer if HTC developed a pair of touch-capable gloves compatible with the Vive similar to those found in the Tom Cruise movie, Minority Report (2002). Then, we would have no complaints about the potential for rather jittery input gestures.

Pre-orders for the HTC Vive begin on this year’s leap day, Monday, February 29th. The final shipping version of the device will launch in April and will also include HTC’s touch controllers. Pricing has yet to be determined, but if the Oculus VR’s $599 price point without controllers is any suggestion, we can estimate that owning an HTC Vive in 2016 will be more of a first-come, first-served enthusiast luxury gaming item than a mass-marketed mainstream device until HTC’s nearest competitor lowers its price by at least $150. In fact, one rumor from Focus Taiwan suggests the HTC Vive could have a launch price as high as $1500, citing foreign brokerage estimates. 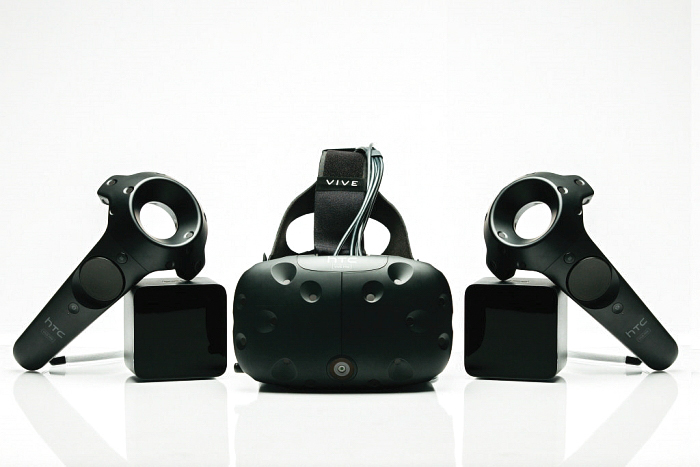 The launch price of the Oculus VR reminds us a lot of the 60GB PlayStation 3’s $599 premium launch price back in November 2006. A year later, the console dropped to $499 and Microsoft followed suit by dropping the Xbox 360 to $349 a month later. The same has held true thus far for the eighth-generation PlayStation 4 and Xbox One consoles, and we expect the same for virtual reality devices from both HTC, Oculus and other mainstream competitors in this new and emerging visual gaming interface market.