Valve to release its own VR headset 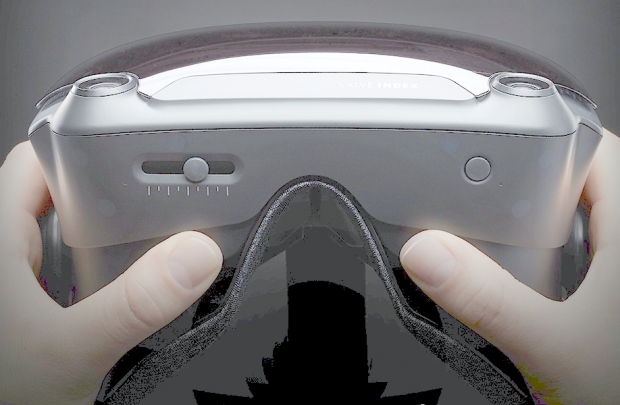 Valve has moved ahead with plans to launch its own VR headset, called the Valve Index, in May 2019.

A single teaser image has slipped online of a headset with the phrase "Valve Index" written on its front. The front of the headset is flanked by at least two sensors.

It matches a headset reported by UploadVR in November. That report hinted to Valve's headset supporting a wider, 135-degree field-of-view (FOV), as opposed to the roughly 110-degree FOV of the original HTC Vive and Oculus Rift.

Valve's dedicated website for the new device includes no other information than the above image and the date "May 2019."

It does not mention the new SteamVR Knuckles controllers, which Valve has advertised heavily via developer outreach since their 2016 reveal and a later series of improved prototypes in 2018.

It also says nothing about three Valve-produced VR games that have been repeatedly advertised by Valve co-founder Gabe Newell since 2017.  In short it is a teaser and we will have to wait for more information.