Google presses ahead with drones 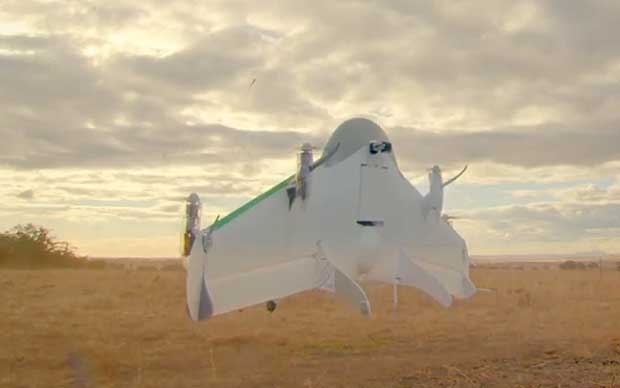 Dubbed "Project Wing" the project will involve delivering packages similar to a system also being looked at by Amazon. The 2017 launch date has been touted by Project Wing project leader David Vos.

Google runs a limited Express delivery service. This one does seem a little odd. Google's self-made drones are capable of hovering at a single location for long periods of time, using a zip-line to lower down packages to the recipient. So rather than delivering the post it is more for delivering equipment, medical supplies, or relief goods to disaster areas.

The main problem that Google has is that the US sees drones as the sort of things used to kill terrorists and the conspiracy nuts fear they will be used against its own citizens. This is forcing lawmakers to come down hard on testing the technology.

Google appears to be hoping that by the time it gets its drone service ready, all the bad publicity will be over and there will be clear laws. Of course there will be nothing to stop red-neck conspiracy nuts justifying their right to carry arms as an excuse for downing a few of them. Google might be forced just to use them in civilised parts of the globe.

Last modified on 03 November 2015
Rate this item
(2 votes)
Tagged under
More in this category: « Microsoft one drive free to decrease from 15GB to 5GB Activision Blizzard buys Candy Crush’s King »
back to top