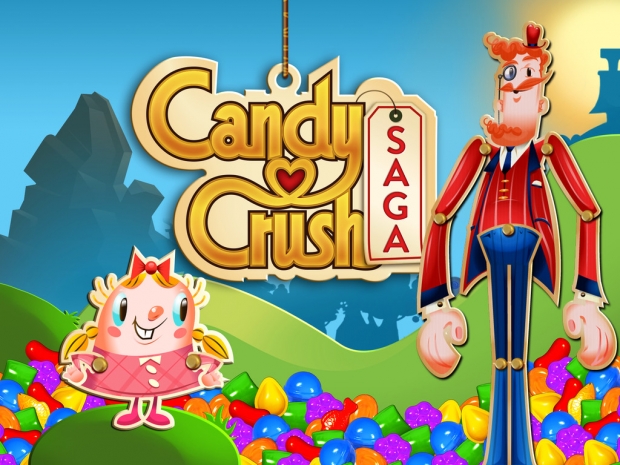 Activision Blizzard is buying the maker of Candy Crush for a huge $5.9 billion.

During the last twelve months ended 30 September 2015, Activision Blizzard had  revenues of $4.7 billion and King had adjusted revenues of $2.1 billion.

Bobby Kotick, Chief Executive Officer of Activision Blizzard, said, the combined revenues and profits solidify the two company's position as the largest, most profitable standalone company in interactive entertainment. With a combined global network of more than half a billion monthly active users, he thnks there is potential to reach audiences around the world on the device of their choosing.

Kotick, added: “We have long-admired King for consistently creating incredibly fun, deeply engaging free-to-play games that capture the imaginations of players across ages and demographics. Activision Blizzard will provide King with experience, support and investment to continue to build on their tremendous legacy and reach new potential. We share an unwavering commitment to attracting and developing the best talent in the business, and we are excited about what we will be able to accomplish together.”

Riccardo Zacconi, Chief Executive Officer of King, was  excited to be entering into this Acquisition with Activision Blizzard.

"Since 2003, we have built one of the largest player networks on mobile and Facebook, with 474 million monthly active users in the third quarter 2015, and our talented team has created some of the most successful mobile game franchises. We believe that the Acquisition will position us very well for the next phase of our company’s evolution and will bring clear benefits to our players and employees."

He added that the company would  combine its expertise in mobile and free-to-play with Activision Blizzard’s brands and proven track record of building and sustaining the most successful franchises, to bring the best games in the world to millions of players worldwide.

"Together, will have an amazing footprint, innovative technology, and leadership across platforms, and unique, established IPs to delight one of the largest networks of players in the world.”
Through this Acquisition, Activision Blizzard will become a global leader in mobile gaming—the largest and fastest-growing area of interactive entertainment, that is expected to generate over $36 billion of revenue by the end of 2015 and grow cumulatively by over 50% from 2015 to 2019."

Under the deal, King’s shareholders will receive $18.00 in cash per share comprising a total equity value of $5.9 billion and an enterprise value of $5.0 billion. This is 20 per cent more than King’s closing price on 30 October 2015.

This will be funded from approximately $3.6 billion of offshore cash on the balance sheet of the Activision Blizzard Group and by a loan committed from the by Bank of America $2.3 billion.

Last modified on 03 November 2015
Rate this item
(3 votes)
Tagged under
More in this category: « Google presses ahead with drones Google denies divorcing Chrome OS »
back to top