iMac is getting daft reviews 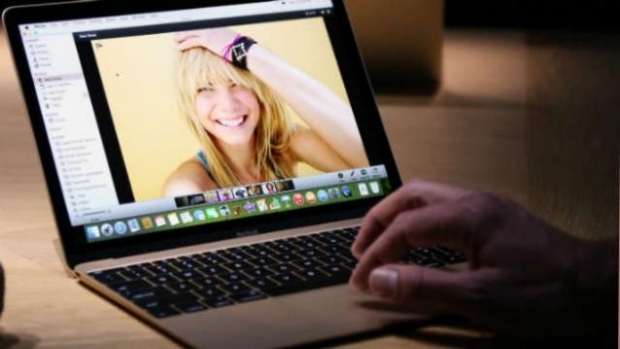 How do you say it is rubbish without offending anyone?

Wall Street Journal reviewers  are having a devil of a job with Apple latey – they want to say the latest products are rubbish, but appear to stop short.

We noticed this yesterday with the iWatch, but it looks like the same thing applies to the new iMac. Ex Engadge hackette Joanna Stern  appears to have faced the problem of a a turkey of a product

By telling us it was the future. You won't find it in Apple's advertisements, but the new MacBook is a time machine. It's much simpler than Doc Brown's DeLorean: All you have to do is look at it to observe the future—the future of the laptop, that is. With this machine, available starting Friday, Apple has imagined a laptop reduced to its essentials—a sharp, insanely thin screen, a flattened keyboard panel and a magical new glass trackpad. Removed from the wire-dependent past, all that remains on its edge are a jack for headphones and a single USB Type-C port.

"The 12-inch Retina display adds to the overall beauty. With the 2304x1440-pixel screen, photos look like they were painted on, and even boring text is nice to look at. Prepare for your eyes to be spoiled. Now when I go back to my MacBook Air's lower-res display, everything looks pixelated."

That amount of free advertising should get the Apple press office off the editor's back and hopefully they will not look beyond the first few paragraphs.
Slowly Stern 's inner reviewer comes out and first she starts damning with faint praise. There is no touchscreen, not that she is complaining – the OS X isn't optimized for touch.

The full-size keyboard is also different, though not necessarily better. Due to the thinness of the panel, Apple created a new mechanism under the keys to help with their feedback and bounce. The experience isn't as comforting as typing on my MacBook Air.

And THEN what she calls the MacBook's real annoyances begin with that single USB Type-C port.

Don't get me wrong, this port itself is amazing. A new type of connector, it has bi-directional power, which means the same port is used to charge the laptop and to charge or connect to other peripherals like monitors or phones. It is also reversible, like the iPhone's Lightning jack, so no more having to flip around the cord to make sure it plugs in. But living with just one port— especially one that doesn't work with much yet—is painful.

Apple should be sent to the changing room at this point but it is still getting bad. Stern's list goes on. You can't leave the charger at home because no one else will have one which is the same. The new MacBook's battery life conks out after seven hours. If you dare to actually use the thing, then web browsing will kill the battery in 6.5 hours.

In short the product is rubbish and if the iMac is the future it is a 12 monkey's world were nothing works and we are forced to scavenge.

I am an optimist I see a future where reviewers can actually tell the truth about a product without having to praise it to the skies first.

Last modified on 10 April 2015
Rate this item
(22 votes)
Tagged under
More in this category: « PC shipments beat projections US government stops China having the world's fastest supercomputer »
back to top