Analysts downbeat on all things Nvidia

EPS and revenue are down, but it's not all bad

Nvidia is about to release its quarterly report later today and Wall Street doesn’t appear to be very optimistic. Analysts estimate Nvidia’s EPS will dip to $0.20, down 39 percent year-on-year. Revenues are also expected to fall 12.6 percent to $1.05 billion, down from $1.2 billion a year ago. Although Nvidia has a habit of beating estimates, even if it does it won’t be enough. Revenue has been going up for three quarters and now it will be in the red. The stock price has been virtually flat since June, gaining just one percent since August.

However, Nvidia is making some interesting moves in what can only be described as damage control. Earlier this week Nvidia and Amazon announced the availability of GRID 3D acceleration. Yesterday Currys and PC World started taking preorders for the Advent Vega Tegra Note 7 and today the company is launching the GTX 780 Ti, effectively its new flagship graphics card.

Nvidia is clearly trying to send a message, so let’s take a look at what’s behind its PR onslaught.

In terms of parallel computing, Nvidia’s GRID - Amazon SaaS make sense and Nvidia has a lot to offer in this interesting niche. The announcement is just part of Nvidia’s strategy to offer a range of GPU virtualization services, cloud gaming or Gaming as a Service (GaaS) and of course streaming, Nvidia’s darling tech of 2013. However, the potential long-term benefits of these emerging technologies don’t appear to be impressing too many investors or analysts. We on the other hand believe Nvidia’s strategy is sound, although it will take years to implement, no short term gains here. 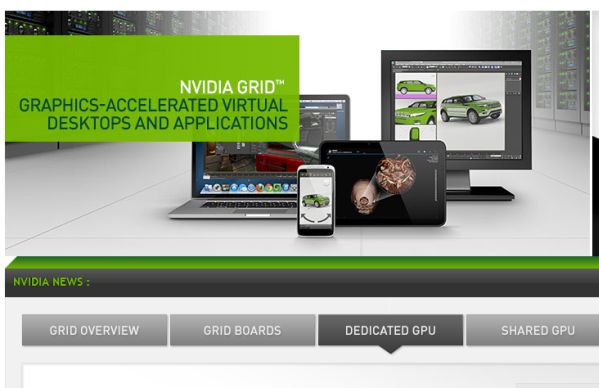 The Currys and PC World deal is indicative of another trend, which is a bit easier to grasp. As we reported months ago, Nvidia’s Tegra business is in trouble. Tegra 4 was late, it lacked LTE and as a result it didn’t gain many design wins. Nvidia expects Tegra revenue to decline $200 to $300 million this year from about $750 million last year.

The decision to launch the Tegra Note 7 and Shield console was viewed with suspicion by many in the industry. Skeptics said the products were basically designed to get the Tegra 4 into more products, but as more details surfaced it became obvious that Nvidia is planning to support some innovative features like Gamestream in its Tegra 4 gear. The company has never released any Shield shipment figures and the Tegra Note 7 is expected to go on sale next week. The tablet was supposed to be sold through Nvidia’s network of AIB partners, but the UK deal may point to a new approach – Nvidia could let retail chains sell the tablet under their own brand, and possibly the same could apply to future products, including phones. Investors should like the idea – AIBs could go after their regular clientele, i.e. enthusiasts, while retailers could target the general public. 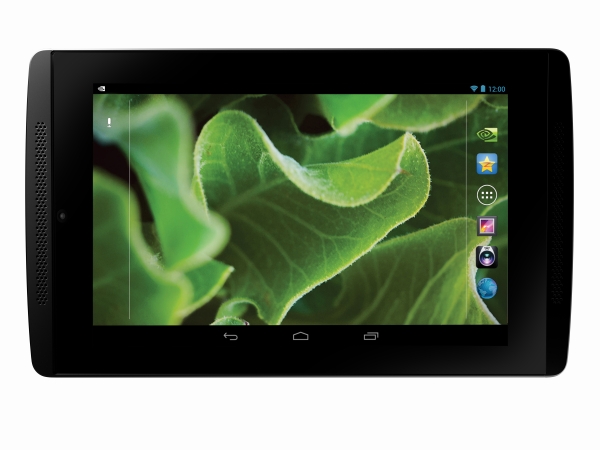 We will not go into plenty of technical details and talk about the upcoming LTE-enabled Tegra 4i application processor, other than to say that the first products based on the new chip should appear in early 2014 – the chip could be disruptive, as LTE support is lacking in mid-range offerings. Nvidia could go head to head with Mediatek and to some extent Qualcomm with the T4i and the chip should enjoy a relative lead in this market segment until the first A12-based products start shipping later in 2014.

We left the core GPU business for last, not because we are leaving the best for last, but because that appears to be what Nvidia has been doing the last couple of years. AMD’s introduction of R7 and R9 R200-series was disruptive to say the least. AMD went a lot cheaper than many observers expected and it forced Nvidia into two rounds of price cuts – yet another one is looming. AMD’s pricing will undoubtedly erode Nvidia’s margins in the mid-range and especially in the high-end. This is something we have covered extensively over the last month or so.

Nvidia’s high-margin professional graphics business is doing just fine and as always it’s a cash cow. AMD thinks it could do more in the professional space and in terms of hardware it could – the new Hawaii-based R9 290-series cards have a lot of potential. However, the professional market is not as dynamic as the consumer GPU space and AMD still has a long way to go, namely on the software front. We don’t think Nvidia’s cash cow is in much trouble.

We shouldn't expect much from Nvidia over the next quarter, but things should start to pick up by February. The company will introduce the Tegra 5 and Tegra 4i in early 2014 and with its Kepler GPU, Tegra 5 is already looking a lot more competitive than its predecessor - it has a lot of potential and it could gain a lot more design wins than the Tegra 4. Later in the year the company will release its next generation Maxwell GPU architecture. Until these new products go online, Nvidia's revenues and margins will remain unimpressive. It's looking like a cold, long winter for Nvidia, but once it emerges from hibernation things should get very interesting indeed.

Last modified on 07 November 2013
Rate this item
(0 votes)
Tagged under
More in this category: « Pianist wants Google to forget bad review Pirate Bay founder gets for 42 months »
back to top