OUYA gets benchmarked in new 3DMark

Not doing so well

Since some of the first OUYA developer consoles have already started to land in the hands of eager developers, it was just a matter of time before someone tried to benchmark it and 3DMark was an obvious choice.

The results came from James Coote, developer of the upcoming OUYA game called Executive Star, and although we did not expect much from the OUYA since it is based on Nvidia's Tegra 3 SoC paired up with 1GB of RAM and 8GB of internal storage it is still quite dissapointing to see it take 73rd and 71st place in the 3DMark Ice Storm and Ice Storm Extreme where it gets outperformed by many tablets and smartphones.

In case you missed it the Ice Storm test is aimed at Android smartphone or tablet devices and includes two graphics tests that should put some strain on GPU and a physics test that will measure the CPU performance. Ice Storm Extreme is quite similar but raises the resolution to 1080p and uses higher quality textures and post-processing effects. Ice Storm Extreme will also soon be available in the Windows version as well, which should allow for direct comparison of Windows and Android based tablets.

We do not doubt that games will run pretty good on OUYA, but do not expect any miracles when it comes to graphics performance and eye candy.

You can check the OUYA benchmark details here and you can find it compared to other Android running devices here. 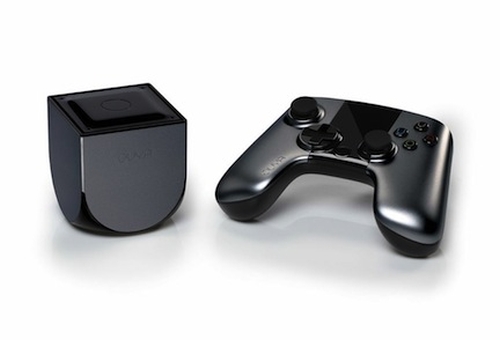