Nvidia is quite certain that it can ship Android 5.0 Lollipop for its Shield tablet in November. Now it went a step further, claiming that it will update Shield tablets on November 18th, or in five days from now.

Nvidia is also announcing GRID on-demand gaming that will include The Green Box Bundle: Half Life 2, Half Life 2 Episode 1 and Portal, optimized for the Shield and free with any qualifying purchase. Android 5.0 is part of the Green Box Bundle, too. Nvidia believes and hopes that GRID can do for gaming what Netflix did for movies and what Spotify did for music. We have tested GRID gaming beta and it worked well, but there are some limitations. It works quite well if you are hooked on a 5GHz WLAN and have a decent internet connection with a low ping to Nvidia’s GRID servers. The service works on the Shield Tablet and Shield portable console. 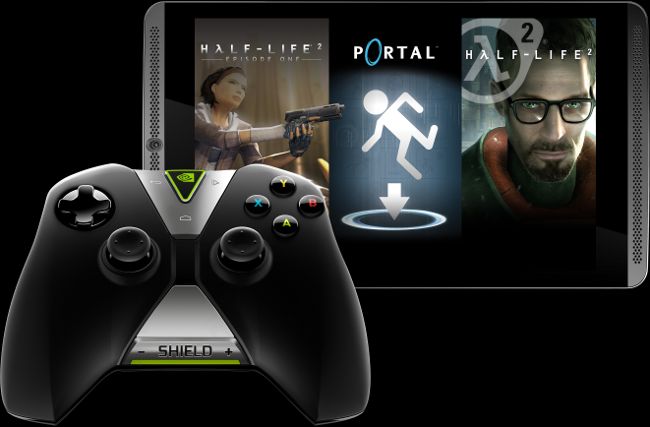 We tried some of these games in beta trial and they worked fine. Nvidia will offer GRIS gaming to Shield tablet owners for free through June 30, 2015. Nvidia tells us that you will need a 10Mbps internet connection (minimum) and a ping of under 60ms to Nvidia GRID servers located in Oregon and Virginia. Europeans will get some local servers in December, while the Asia Pacific region will follow next year.

Nvidia also promises that the new games will be added every week but it also underlines that it has some AAA titles like Batman: Arkham City and the Borderlands 2 from the start with hope that your favourite game might land there too.

Check out Nvidia’s latest Shield/Android 5.0 video after the break.

More in this category: « Microsoft rolls out first non-Nokia Lumia iOS 8.1.1 said to improve performance on 4S and iPad 2 »
back to top