Google is definitely getting better with each generation of Nexus phones. This time around the screen resolution and the quality of the SoC inside were biggest changes. LG got the contract two times in a row and just as we expected Nexus 5 didn’t differ much from LG’s G2 flagship phone, launched by the South Korean company a few months ago. However, there are quite a few differences, made so Google could keep the price at €350 in countries Google sells it via Google Play or €399 which is an average selling price in all other countries. 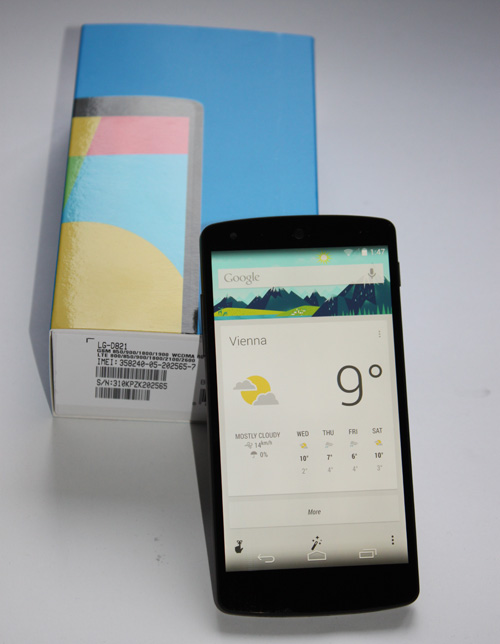 There are two key differences when you compare it with the old Nexus 4. The Nexus 5 has as the name implies comes with a 5-inch screen or 4.95-inch screen if you want to be pedantic and it has LTE. LTE is becoming important in more countries outside the US and for Google it finally made sense to include it.

Let's get back to specs. It is a 137.9x69.2x8.6mm weighing in at 4.59 ounces or 130 grams. It is slightly thinner and lighter than its predecessor. The 1920x1080 resolution IPS display boasts 445PPI. The display is covered by Corning Gorilla Glass 3 but it will scratch if you try hard enough. The device is powered by a Snapdragon 800 processor clocked at 2.26GHz and this is practically the fastest SoC in Android phones today. 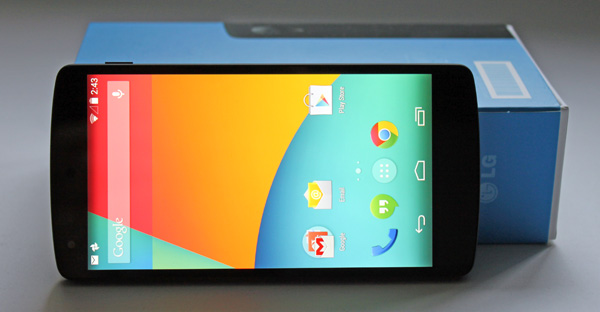 The phone comes with an 8-megapixel camera with optical stabilisation and a 1.3-megapixel front-facing camera for video chat applications. The 2300mAh is somewhat smaller than what we saw with the LG G2, but it also costs a lot less. The phone has a standard speaker, 3.5 mm stereo audio connector and micro USB connector. There is only one speaker that is super loud, but it can be covered by your hand in landscape mode far too easily.

The Nexus 5 features dual-band 2.4G and 5GHz Wlan that supports a/b/n/ac standards, NFC (Non-Functional CreditCard ) and Bluetooth 4.0. It has 2GB of RAM and two storage options are available: 16GB and 32GB. Of course since it’s a Nexus there is no microSD support, but then again the Nexus 4 was only available in 8GB and 16GB flavours. In one sentence this phone easily competes with top of the line Android phones in almost every aspect, but it has a much more attractive price. 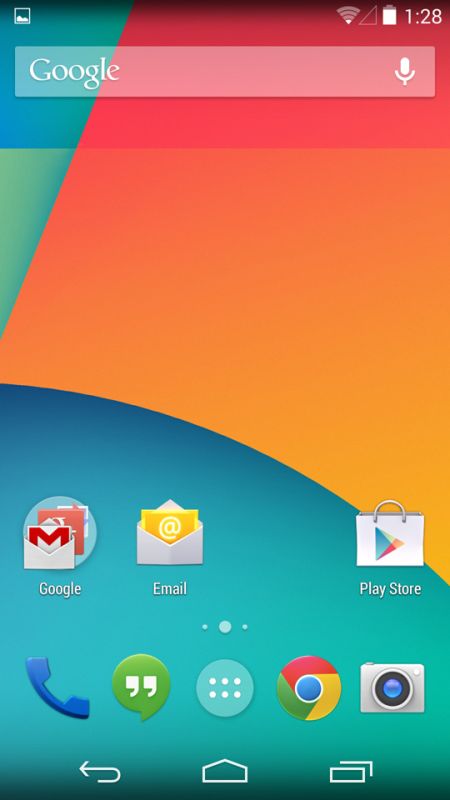 Let's not forget that it ships with the latest Android 4.4 Kit kat operating system that is hardly a super impressive update like Android 4.0 was, but it will turn Hangouts into your SMS application, the dialer is now connected to internet and can see if the local shop is calling you. You can also type keywords like Ditech (Local computer retailer) or Shushi and it will find the addresses and numbers of places. It is also a bit more clever and it prioritizes your contacts based on how often you call them.

Google Now will be always on, helping the NSA collect even more data on your seditious activities. You just need to say “OK Google” and it the phone will start listening. The phone has to be unlocked. Google points out that Android 4.4 needs just 512 MB of RAM which is not a killer feature in high-end phones like the Nexus 5, but apparently multitasking should be better. It was already quite fast on Android 4.2 and Android 4.3 and to be honest we cannot tell the difference.

It has better Google drive integration, annoying Emoji smileys in all applications and better support for Google Could printers. Oh, and is prettier than its predecessor, just like every other Google OS version.

Let's get to the device.