Core i5 tablet with innovative layout

We had a chance to see Lenovo ThinkPad Helix tablet, that is in a fact not a tablet at all. It is a notebook that can be undocked, but this was the first time such a device was demonstrated in front of the European public.

The tablet is powered by Intel’s Core i5 processor, and it works like a normal notebook with a fully functional keyboard, but at the same time it can be undock from and used as a tablet. It comes with a bunch of ports, 1080p screen in 11.6-inch format, as well as up to 8GB of memory and a 256GB SSD.

Microsoft didn’t talk about the price, price but it did demonstrate the ability either to undock the machine and use it as a tablet, or to go with the traditional notebook layout, using tablet in flip mode and get the full power of the Core i5 machine at full speed.

In Europe the ThinkPad Helix should start at €1499, not exactly pocket change, but with time such machines will get cheaper. It is a step in the right direction and we liked what we saw. 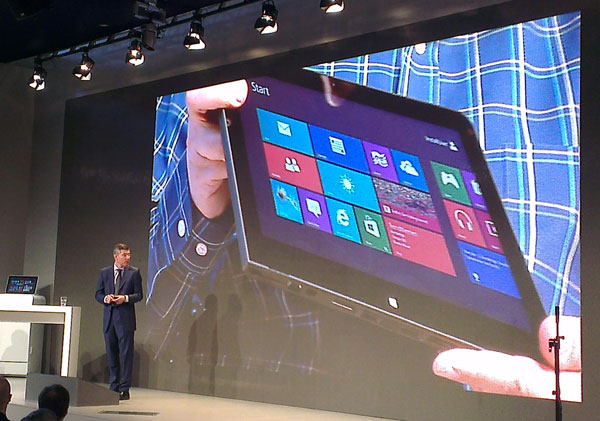 Rate this item
(0 votes)
Tagged under
More in this category: « Asus Transformer TF300 gets Android 4.2 update AMD Richland notebooks to have face unlock »
back to top