The GK107 GPU with GDDR5 memory


According to rumours over at It168.com, it appears that Nvidia might use the 650 name for GDDR5 version of the GT 640. Based on the same 28nm GK107 Kepler GPU, it will feature 384 CUDA cores but have higher clocks when compared to the GT 640.

As we already wrote here, Nvidia still did not talk about model names but according to rumours from the It168.com crew, the lineup will include the aforementioned GTS 650 GD5 as well as the GTX 660 and the GTX 660 Ti graphics cards, in addition to the GT 640 GD3 of course.

The rumoured clocks of the GTS 650 are set at around 1000MHz for the GPU and 4800MHz and performance is around 44 percent higher than what you get on the GT 640, which means that the GK107 surely benefits from faster GDDR5 memory. The GTS 650 could end up without any PCI-Express power connectors as it would draw around 70W.

In any case, August will certainly be interesting for Nvidia as it will finally put some pressure in the mid-range part of the market.

You can check out the original article here. (Via Videocardz.com). 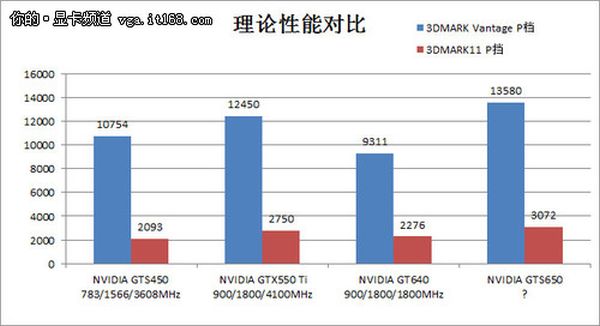