GTX 770's Phantom cooler is different from the one used on GTX 680/580 Phantom cards, although the cards may seem similar at a glance. The new cooler kept the 2.5 slot width. However, removing the shroud reveals that the new Phantom cooler uses three fans and a redesigned heatsink. Note that the GTX 580 Phantom used three fans, but the GTX 680/670 Phantom used two fans. It seems that Gainward decided three fans were a better combination with the redesigned heatsink. After all, the TDP difference between the GTX 680 and GTX 770 is 35W, which might explain the decision. 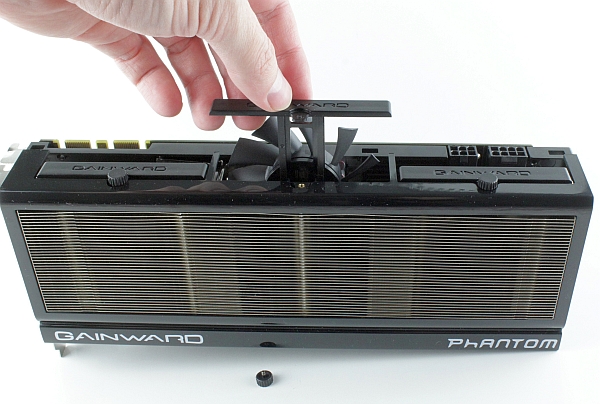 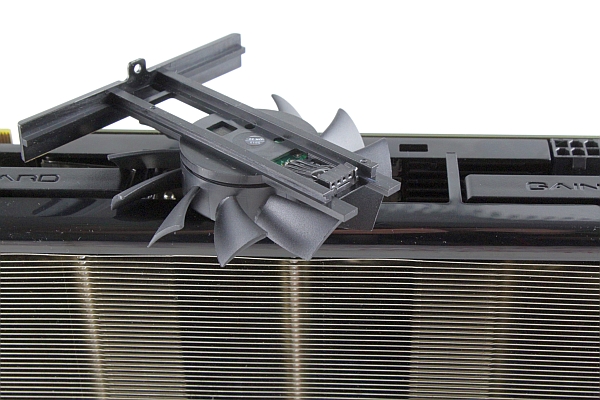 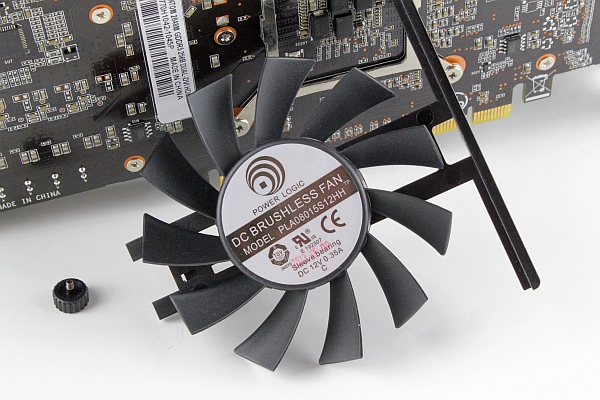 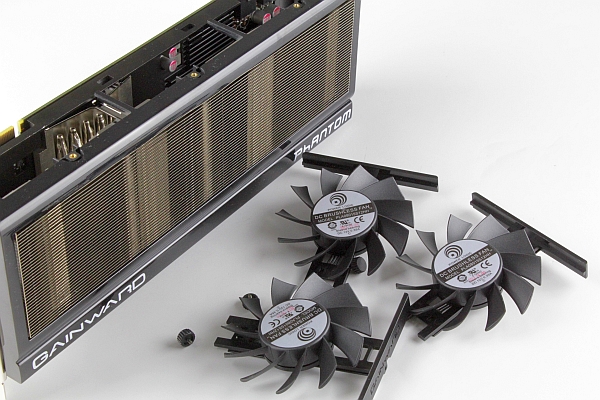 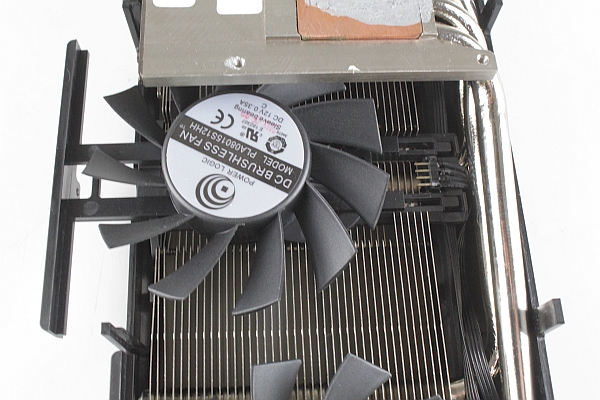 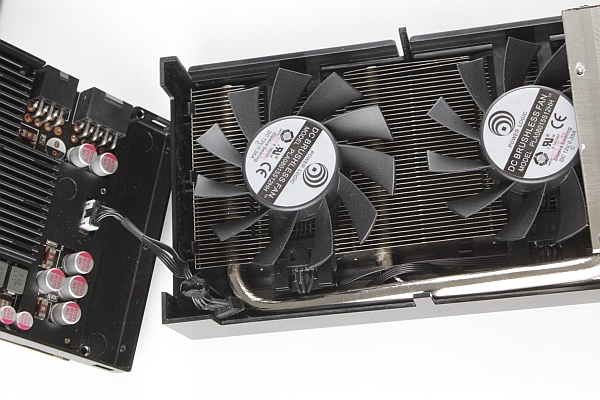 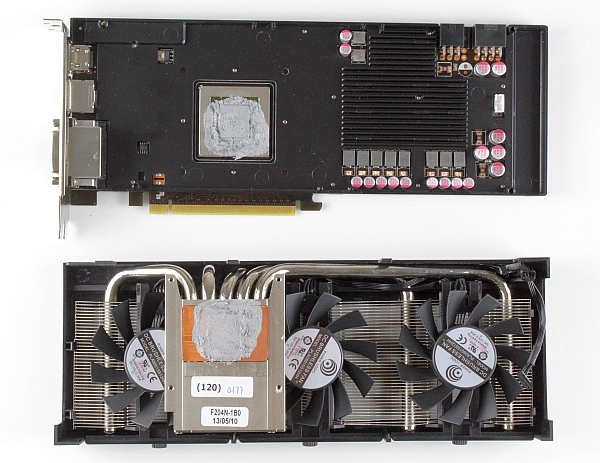 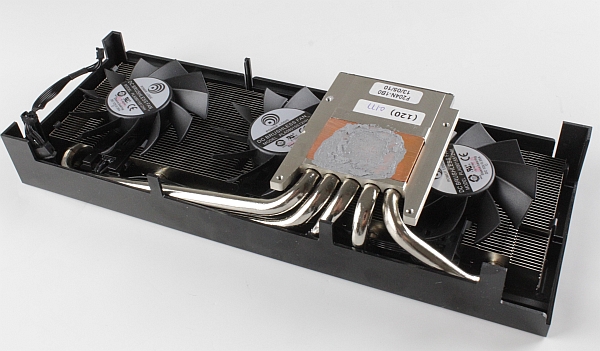 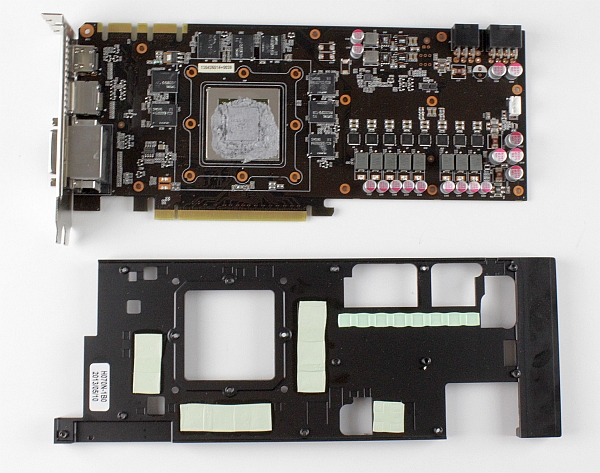