Golem: a message about technology 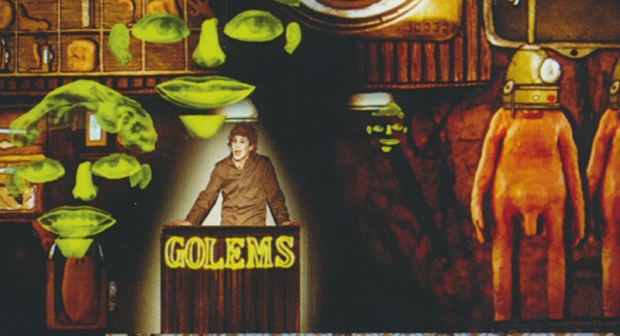 Golem is a tale about tech

You might be wondering why there's a review about a play in the pages of Fudzilla, but this is a story worth pursuing because it's got a message for all of us involved in the tech industry.

As I'm sure many of you will know, a golem is a lump of mud animated by magic. That's Jewish qabalistic magic, where you animate the lump by writing one of the names of god and placing it on its forehead.

The play, performed by the theatre company 1927 and which we saw at the Oxford Playhouse the week before last, is really a cautionary metaphor about technology. One of the legends about the golem – intended to be a servant of humankind – ends with the creature of clay getting totally out of control and running a rampage at the expense of its creator.

Aside from some really stunning graphics effects, the play is really about how people have created tech that ends up consuming its creators.

Although not put directly into words, the metaphor points to Facebook and to smartphones which have ended up devouring its creators.

The first iteration of the golem is really rather clumsy and can't do very much as a servant – reminding us of maybe the first PC made by IBM, running DOS and coming with the incredibly slow and convoluted word processor – DisplayWrite.

But version two of the golem is considerably more accomplished and can do far more than the original PC – possibly this points to later computers running the incredibly unsophisticated first version of Microsoft Windows, complete with Intel processors.

Golem version three, however, is a completely different kettle of fish. It stops being the servant of humans and instead completely takes over peoples' lives – so much so that people become slaves rather than the master of golems.

This, we believe, is a reference to today, where people are so enslaved by their Twitter and Facebook accounts. Obsessed by their smartphones, they – or rather we – spend most of our waking lives tapping stuff here and tapping stuff there. Whether we are riding our bikes or walking in the street, we are trapped by technology and far from us being intelligent and creative people, we have become the servants of tech.

In fact, it is a metaphor of Google's so called “Assistant” and Amazon's “Alexa” and the future offering from Apple.

So, if you get home a bit tired and emotional - that is to say drunk - you could end up ordering all sorts of stuff you neither need nor want. And Amazon Google, a bit like the HAL computer in 2001: A space Oddysey might say to you in a digitised voice: “I can't do that Dave”. And you will get a delivery of stuff spawned by eight pints of beer.

This play, created by www.19-27.co.uk, is still running all over the world, and won an accolade at Salzburg.

The play was wonderful, and the graphics and music beautifully crafted.  So there you go.