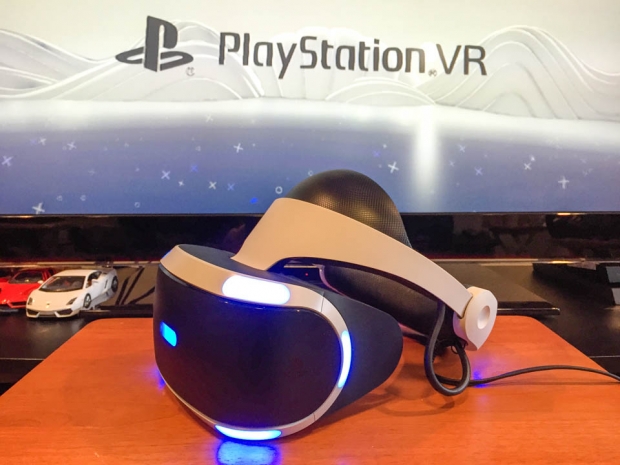 It is not every day that a genuine paradigm shift in home entertainment technology will be made available that doesn’t require a bit of practice, patient and training. The PlayStation VR is intended for a very large general audience and is expected to both surprise and occasionally nauseate viewers depending specifically on the type of gaming content that is being played. In our experience, Windlands is a game that does not push the graphical limits of the VR platform as much as it fully makes use of an adventurous locomotive user environment that puts many simulation trials to shame. Surely, many current and aspiring engineers, physicists and aviation professionals are bound to embrace this platform for its usefulness as a casual training tool, not to mention the millions of dedicated gamers who want to take immersion to the next level.

The PlayStation VR provides support for both 90Hz and 120Hz refresh rates, and while most launch titles support the former, there are efforts underway by independent developers to bring a smoother 120 frames per second experience that cannot yet be matched by the Oculus Rift or HTC Vive. Sony has worked hard on a feature called “low persistence” to improve the overall presence of a virtual environment to headset wearers. This reduces motion blur artifacts by quickly filling areas of the screen with black frame periods at every millisecond of inactivity. Oculus and HTC have also implemented the feature with their headsets, and some users have claimed that there are better results with the feature enabled at lower refresh rates (eg. 75Hz, 90Hz) versus higher ones such as 144Hz on a PC.

The PlayStation VR provides an Eye-to-Eye measurement setting to calibrate eye distance. This is accomplished by taking a picture of the user’s face from two feet away using the PlayStation Camera and then manually selecting the center of each pupil to determine their distance. While this software-based feature works as expected, it doesn’t quite measure up to the hardware-based lens slider adjustment knobs found on the HTC Vive or Oculus Rift.

All in all, Sony has managed to deliver a unique first-generation VR experience that is sure to excite not only its casual and dedicated gaming crowds, but also moviegoers who for the first time can bring a theatrical experience into their living rooms at an affordable price. Console entertainment platforms have come a long way since their classic square-shaped controllers and limited 8-bit draw resolutions. With the concept of physical presence being introduced into the mix, the concept of a traditional couch potato may shift into a multi-faceted title bearing the qualities of an arduous adventurer worthy of conquering even the most demanding virtual simulations and environments.

The total cost of owning the PlayStation VR experience is still the lowest of all the market’s current alternatives - $399 for the core headset and another $299 for the PS4 console itself. Meanwhile, a mid-tier gaming PC fitted with the minimum specs for its competitors will end up around $650, while the Oculus Rift and HTC Vive sell for $599 and $799, respectively. To bring a paradigm shift in film and gaming entertainment to the masses, the seller with the lowest price to value ratio will usually end up prevailing in most markets, and this is exactly what Sony has managed to achieve in this release. Although its second-generation VR platform will almost undoubtedly come integrated into its next major hardware launch, the current implementation of a small VR processing box for both the PS4 and PS4 Pro is not too much of a burden for most entertainment setups and certainly provides a much smaller footprint than its VR-ready PC alternatives for the time being.