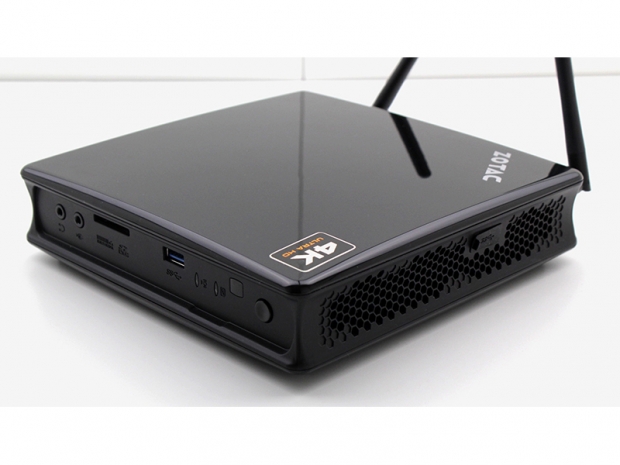 Zotac has been in the mini-PC space for years now, and it has managed to carve out a nice niche for itself. The EN760 can replace an ITX or mATX system in many scenarios.

Zotac has been in the mini-PC space for years now, and it has managed to carve out a nice niche for itself.

It all started with cheap Atom-powered nettops, but over the years Zotac’s ZBOX line has expanded to include more serious mini-PCs with gaming credentials, ultra-small Pico boxes, passively cooled designs and stylish models like the Sphere, which we reviewed last year.

Today we will be taking a look at the ZBOX EN760 Plus, which has been on the market for some time already, but it is still one of the fastest mini-PCs out there. It will remain one of the fastest ZBOX units until the company introduces the SN970 Steam Machine, based on sixth-generation Syklake processors and Nvidia GTX 970M graphics.

Zotac recently announced a refresh of the EN760, swapping out the GTX860M graphics with the recently introduced GTX960M. However, since this is merely a rebranded GPU with slightly higher clocks, we won’t see much of a performance gain.

The reason why we don’t see more potent GPUs in small form factor machines is obvious – they generate too much heat and need a lot of room. That’s why mobile GPUs are used in most mini PCs. Otherwise, designers would have to increase the size of the chassis to accommodate the cooling system, thus defeating the point of small form factor (SFF) PCs altogether.

Luckily, the latest GPUs from Nvidia and AMD are all about efficiency, so even mobile parts can deliver a lot of performance. The GTX 860M is a good candidate for an SFF box and Zotac was one of the first vendors to implement it in a desktop machine, rather than a laptop.

The EN760 is an all-black gaming rig, packed in Zotac’s oldest ZBOX form factor with a 19x19cm footprint. This form factor provides enough airflow to keep the EN760’s thermals under control. The upcoming SN970 will have updated case, with more space inside for better airflow (21x21cm), since the more powerful CPU and GPU dissipate more heat. 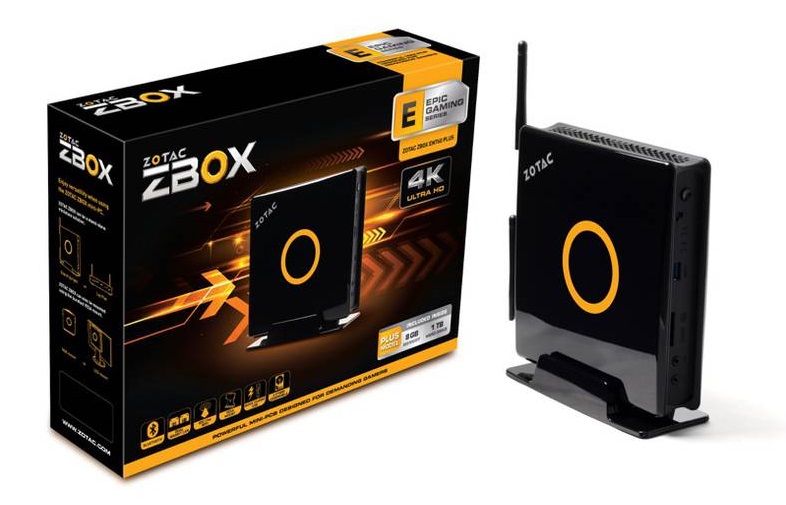 The ZBOX EN760 sports an Nvidia GTX 860M mobile GPU, which is based on Maxwell architecture. The Geforce GTX 860M employs a GM107 GPU, with G-Sync and 4K 60Hz support. NVIDIA has placed 2048MB GDDR5 memory on the MXM module card. The memory uses a 128-bit bus. It features 640 shading units, 40 texture mapping units and 16 ROPs.

The GTX 860M is currently used in many gaming laptops. It provides decent performance, comparable to the desktop graphics cards of the Geforce GTX 750/ Geforce GTX 750Ti series. Depending on the level of in-game details, 1080p gaming should not be a problem (you can check our GTX 750 review here).

So what’s the difference between the EN760 and the refreshed EN860? The latter is based on a Core i5-4210U processor, clocked at 1.7GHz/2.7 GHz and DisplayPort support is also on board. Other specs, like the GPU, are unchanged. 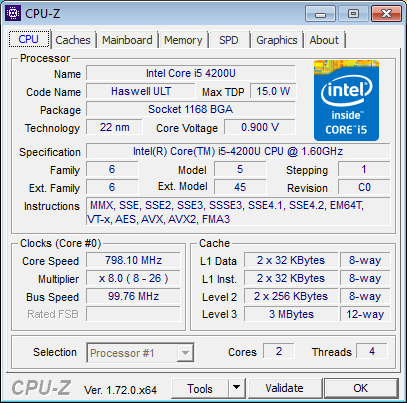 It is also worth noting that the EN760 is available as a barebone or as a complete system, in which case it bears the Plus moniker. Keep in mind that there's no operating system installed. The upcoming SN970 Steam Machine will ship with preinstalled Steam OS.

The EN760 Plus version ships with a single 8GB 1600MHz SO-DIMM module, courtesy of Crucial, as well as a Samsung branded 1TB 5400rpm hard drive. This drive is kind of slow, but it is often used in similar devices or notebooks due to its high capacity and low price.

In addition to the 2.5-inch bay, there’s also a 6Gbps mSATA slot, and mSATA on board. This is very convenient option if you get a Plus version, as you can add an mSATA system drive and use the pre-installed 1TB drive for storage.

If you are interested in performance benefits from using two memory modules and an mSATA drive please check our Sphere review. We learned that the biggest boost in overall performance in this case comes from faster storage, not dual-channel memory.

For the users who are considering a barebone version, or upgrading the Plus model, we tested the performance of an SSD build versus a standard HDD configuration.