Nvidia launched GTX 960 series back in January, making it the first mainstream graphics card based on the company's new Maxwell architecture. Until now, all GTX 960 graphics card were equipped with 2GB memory.

Today we want to give you a brief overview of the new EVGA GTX 960 GB Super Superclocked (SuperSC) ACX 2.0+, which features 4GB of GDDR5 memory. Taking into account that we are looking at budget graphics card, the GTX 960 SuperSC comes with good performance and a great cooling solution for gamers. 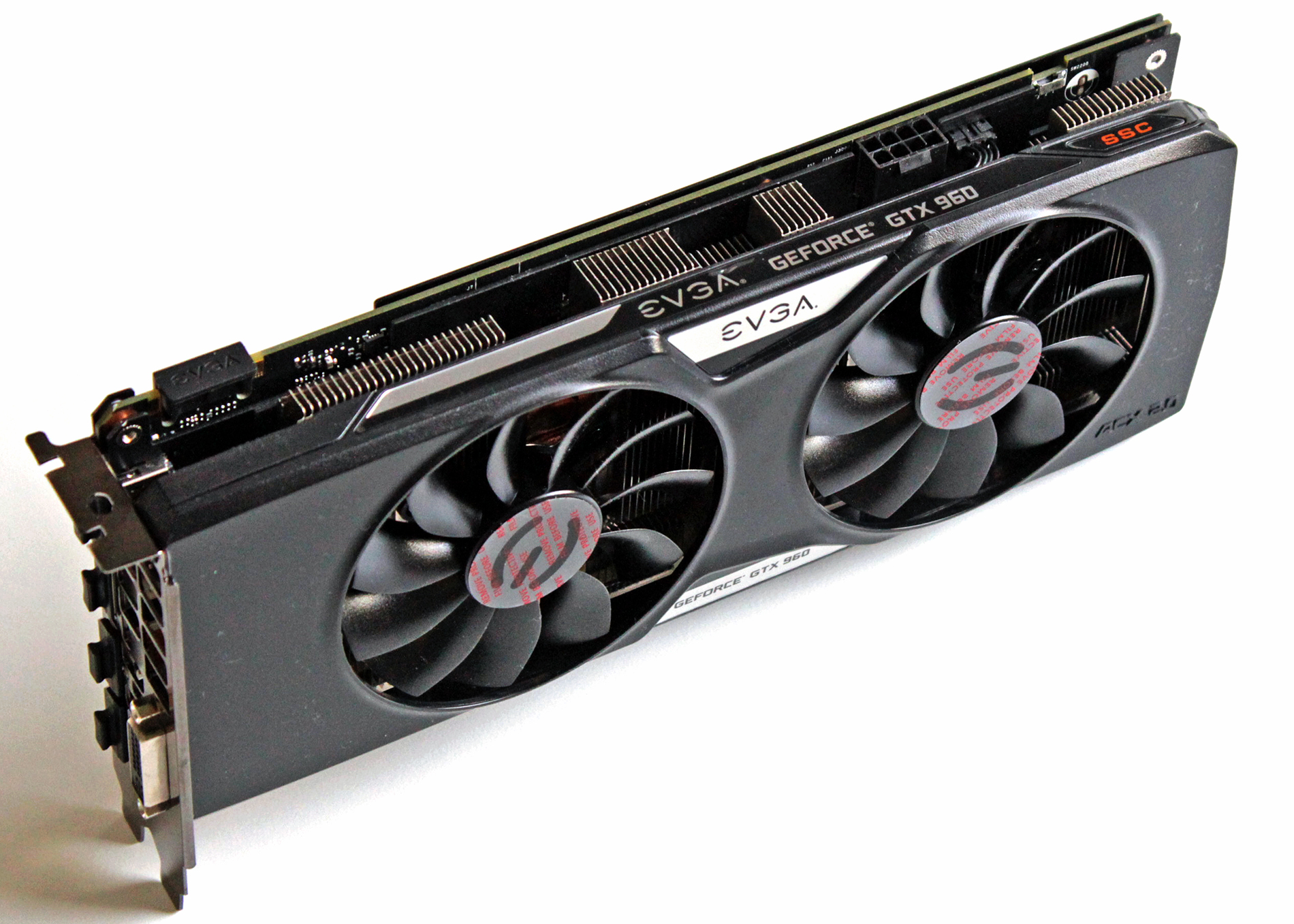 Basically the Super SC 4GB is based on the EVGA GTX 960 SuperSC ACX 2.0+ 2GB, which we already reviewed. The new card differs by boasting 4GB of GDDR5, so games now have more memory on disposal, and the backplate is added to cool those new memory modules on the back of the PCB, which also adds much to the overall image of the SuperSC card.

We are still looking at the excellent ACX 2.0+ cooler, which keeps the card quiet even during long gaming sessions. Compared to the SuperSC 2GB card, the performance of the 4GB card should be roughly the same, since they feature the same clocks. However, some games may benefit from additional memory, especially in higher resolutions.

One 8-pin power connector provides additional power in case the user wants to overclock the GPU even further. The reference GTX 960 card uses only one 6-pin power connector. This card is meant for overclocking and Quick Switch Dual (QSD) BIOS allows you to switch to the secondary BIOS with the flick of a switch. The BIOS switch is located close to the PCI power connector and it was nice addition to see switch the position clearly marked on the backplate. 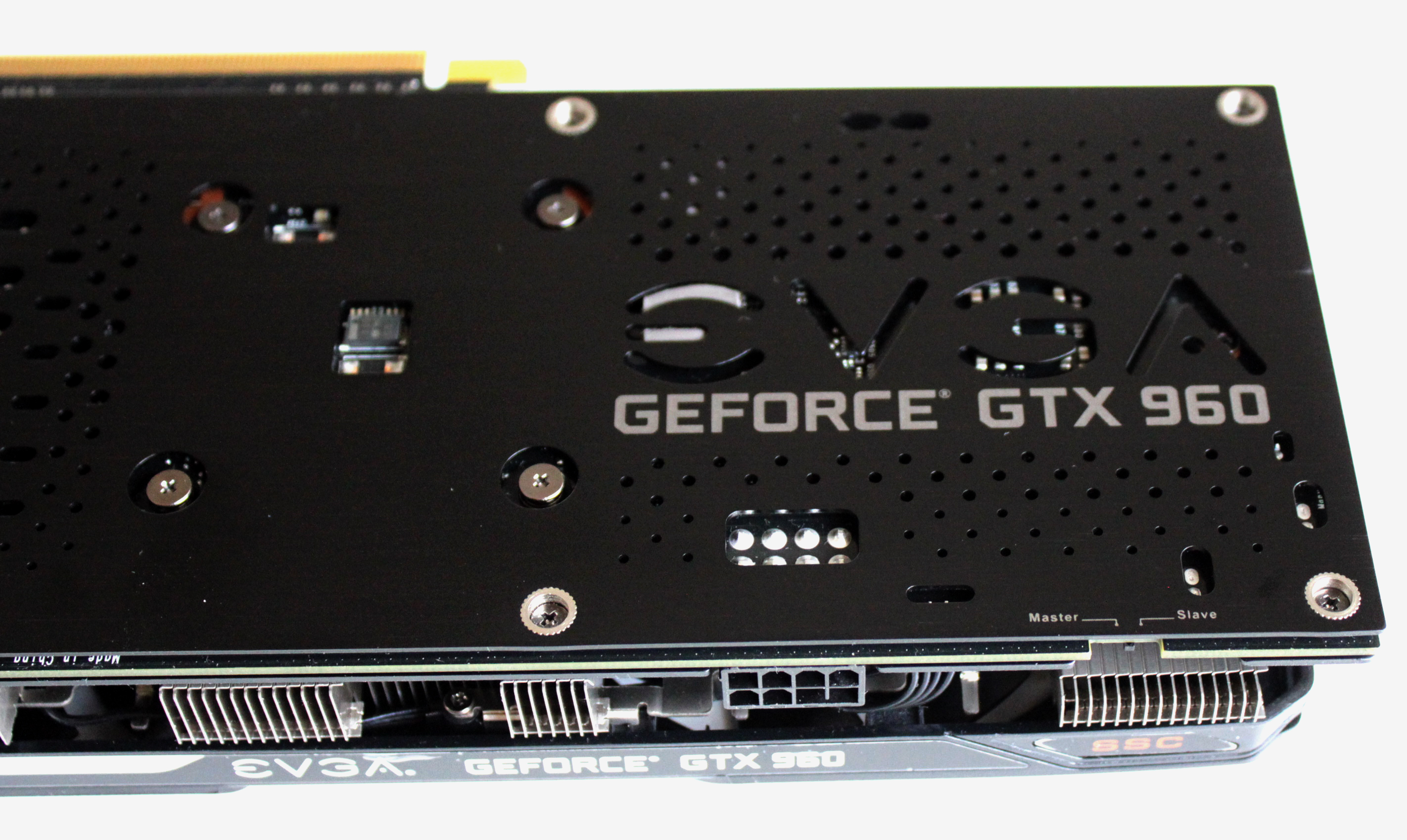 The GTX 960 SuperSC ACX 2.0+ 4GB features one standard HDMI connector (2.0 compatible, which includes HD audio and Blu-ray 3D movies support), one dual-link DVI, and three DisplayPort outs. The GM206 GPU features support for H.265 (HEVC) encoding and decoding. Four video outs can be used at the same time, just like on the reference GTX 960 card (the reference card provides the same mix of video connectors). Protective caps are placed on all video out connectors. 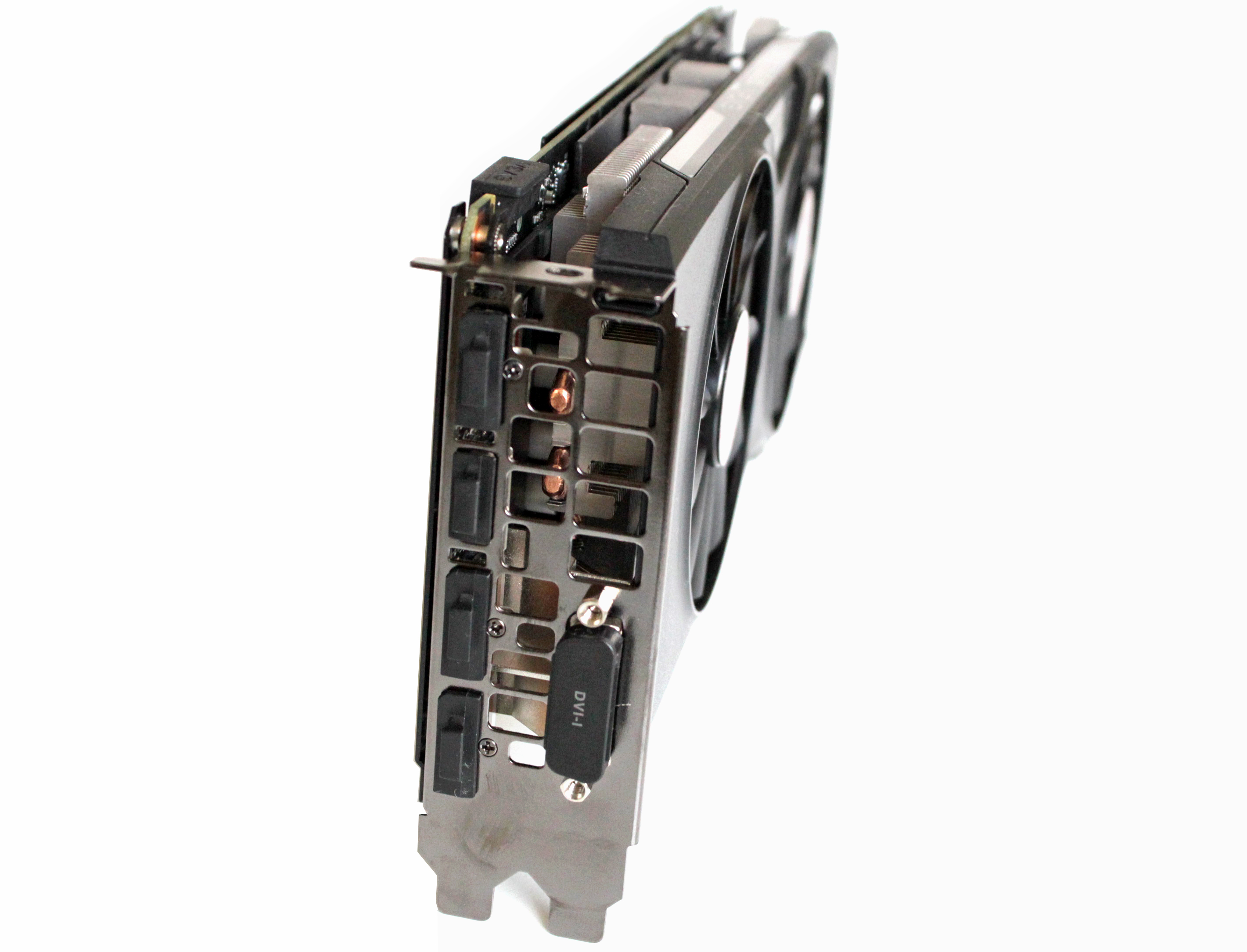 The GTX 960 features 1024 CUDA cores. The memory subsystem consists of two 64-bit memory controllers (128-bit) with 2GB of GDDR5 memory. Like GeForce GTX 980, the GeForce GTX 960 has a new display engine capable of supporting resolutions up to 5K, with up to four simultaneous displays (including support for up to four 4K MST displays). The card also supports HDMI 2.0.

Our initial measurements can confirm that in idle mode the GPU temperature of the Super SC 4GB stays below 30 degrees Celsius, and the card is totally silent.

The EVGA GTX 960 Super SC ACX 2.0+ 4GB is great gaming card for gamers on budget who are keen to play at 1080p, or even some higher resolutions, depending on the genre. As you can see from the following table, the EVGA Super SC 4GB card is marginally faster than the 2GB version. This could be due to the game's memory managment, since the frame buffer on the 2GB card was full, which was not the case with the 4GB card. 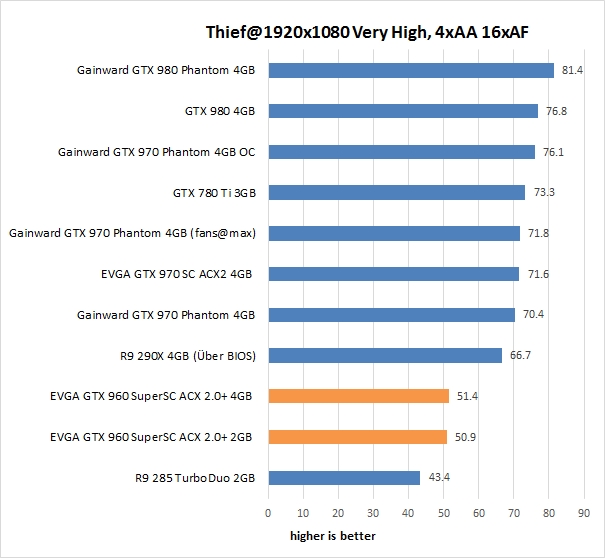 Stay tuned for the full review of the first 4GB GTX 960 card. While it may sound like overkill, some titles could benefit from the added 2GB of memory, but we'll know more once we put the card through its paces.