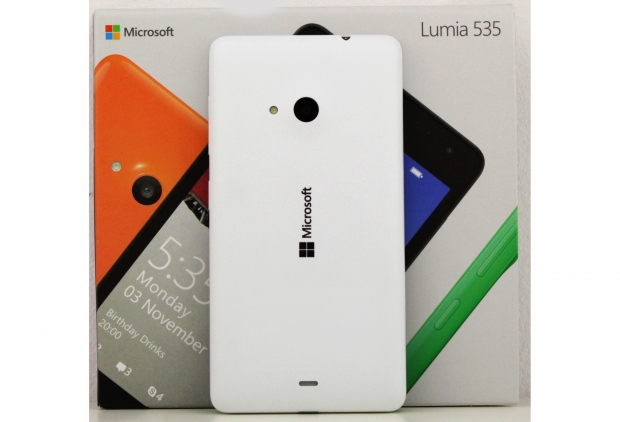 Aside from the new Microsoft logo, the design hasn’t changed much compared to old Nokia Lumia models. 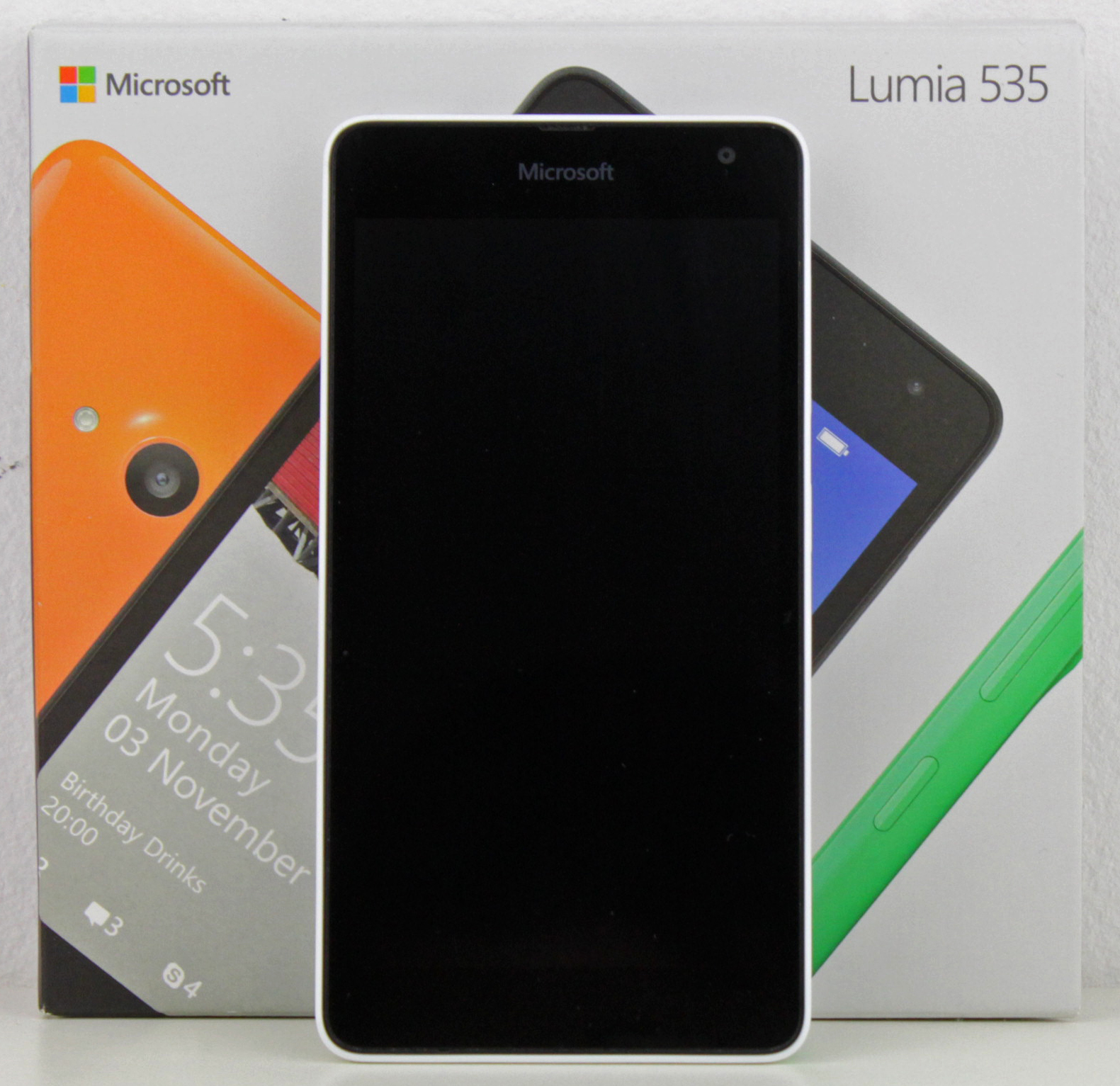 The Lumia 535 boasts a large and clean 5-inch screen, but the low resolution translates into ~220ppi. The screen is protected by a pane of Gorilla Glass that might prevent some scratches as plenty of people are careless and tend to drop their phones every now and then. 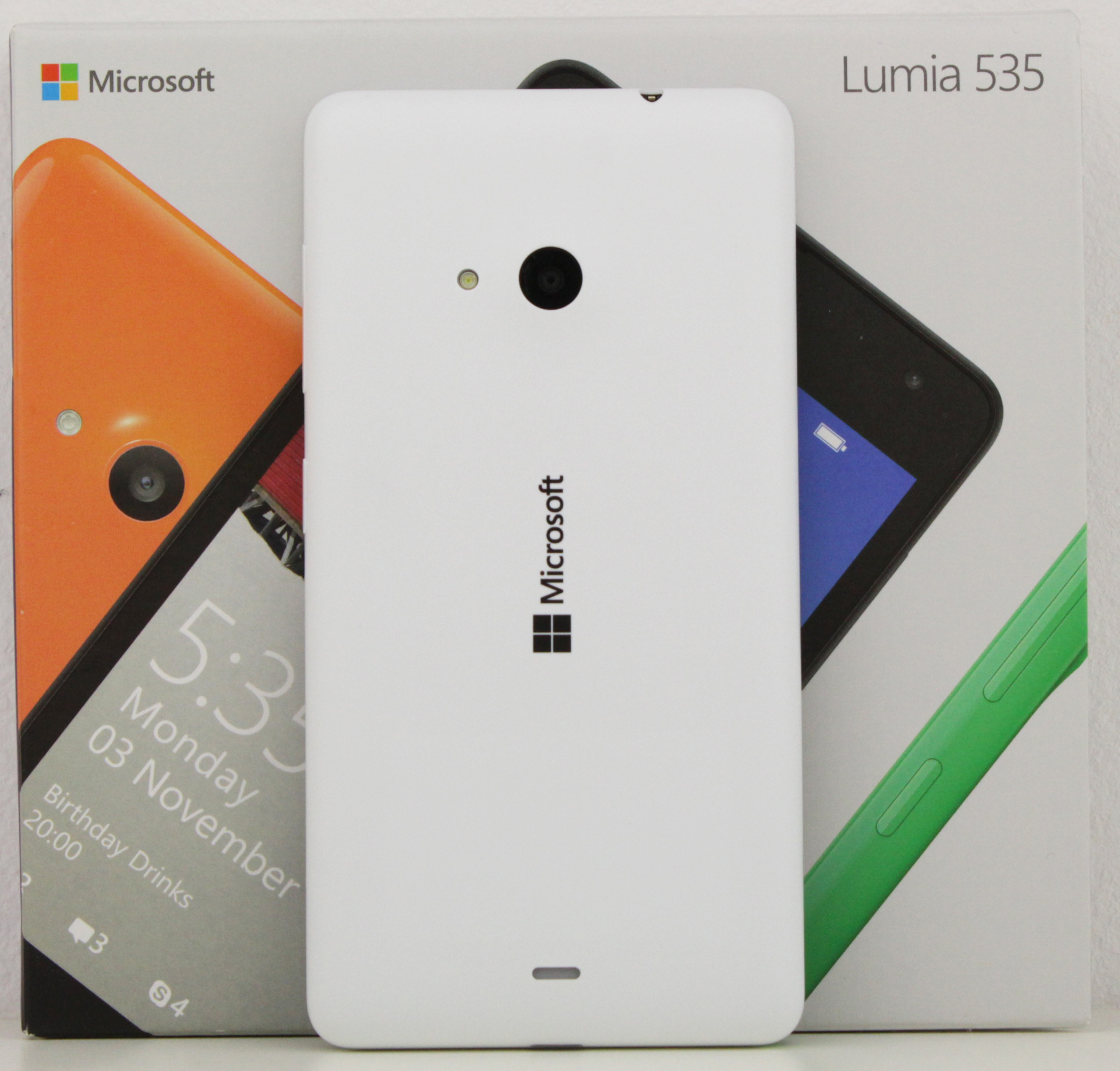 The 5-inch screen results in a relatively big phone. The white cover contrasts the black front, and since the white edges are visible at the front, this creates an illusion of an even bigger device. Some may argue that a 5-inch screen is far too big for such an affordable phone, but we know many people love their oversized phones, while some users might want something more compact. You will have to make that choice for yourself, but people with big fingers can definitely type better on 4.3-inch or larger screens. 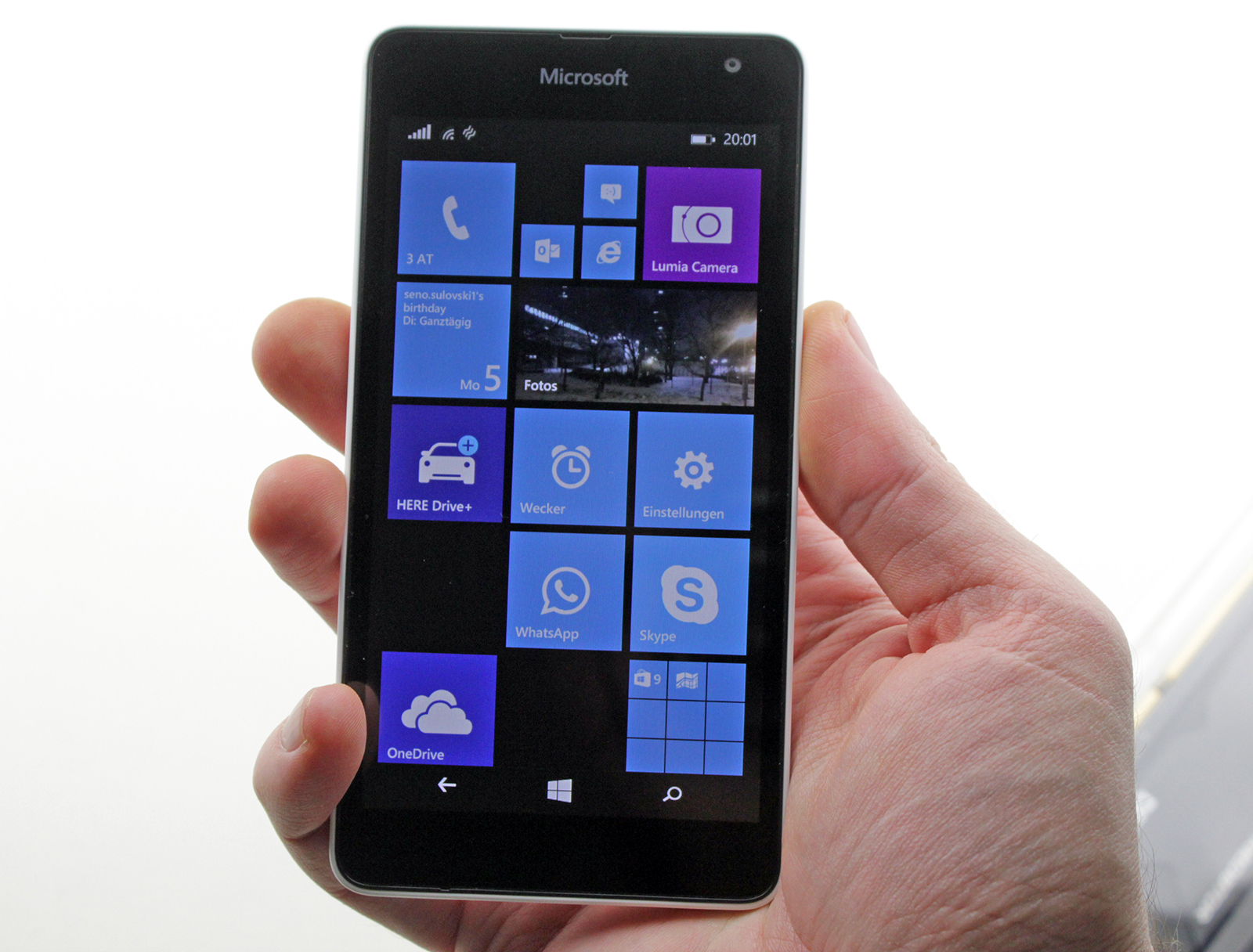 When it comes to typing, scrolling and in general to the interaction with the phone through display, touch screen ranks as average, or even worse.

We ran into a number of issues, despite the fact that we tested the phone with the Denim update, which was supposed to resolve touch input problems on this particular phone. The problems can be quite annoying, especially when texting on the go – we got a lot of typos for no reason. One time we could not even unlock the phone. After we booted it up and tried to enter the PIN, every input was registered twice. This is something we would expect from a white-box phone, not a Microsoft product, regardless of price.

The Windows Phone interface looks very clean, and there's loads of space for all kinds of apps on the screen. The colors look a little washed out, especially on camera images snapped under artificial lighting or in poor light. Contrast seems to suffer as well, as black backgrounds in menus aren’t really black, but given the price the display quality is ok.

The viewing angles are good enough considering this price range, too. The screen performs admirably outdoors, unless the sun is right over your shoulder. Once again, this is not a bad showing for a €119 device. 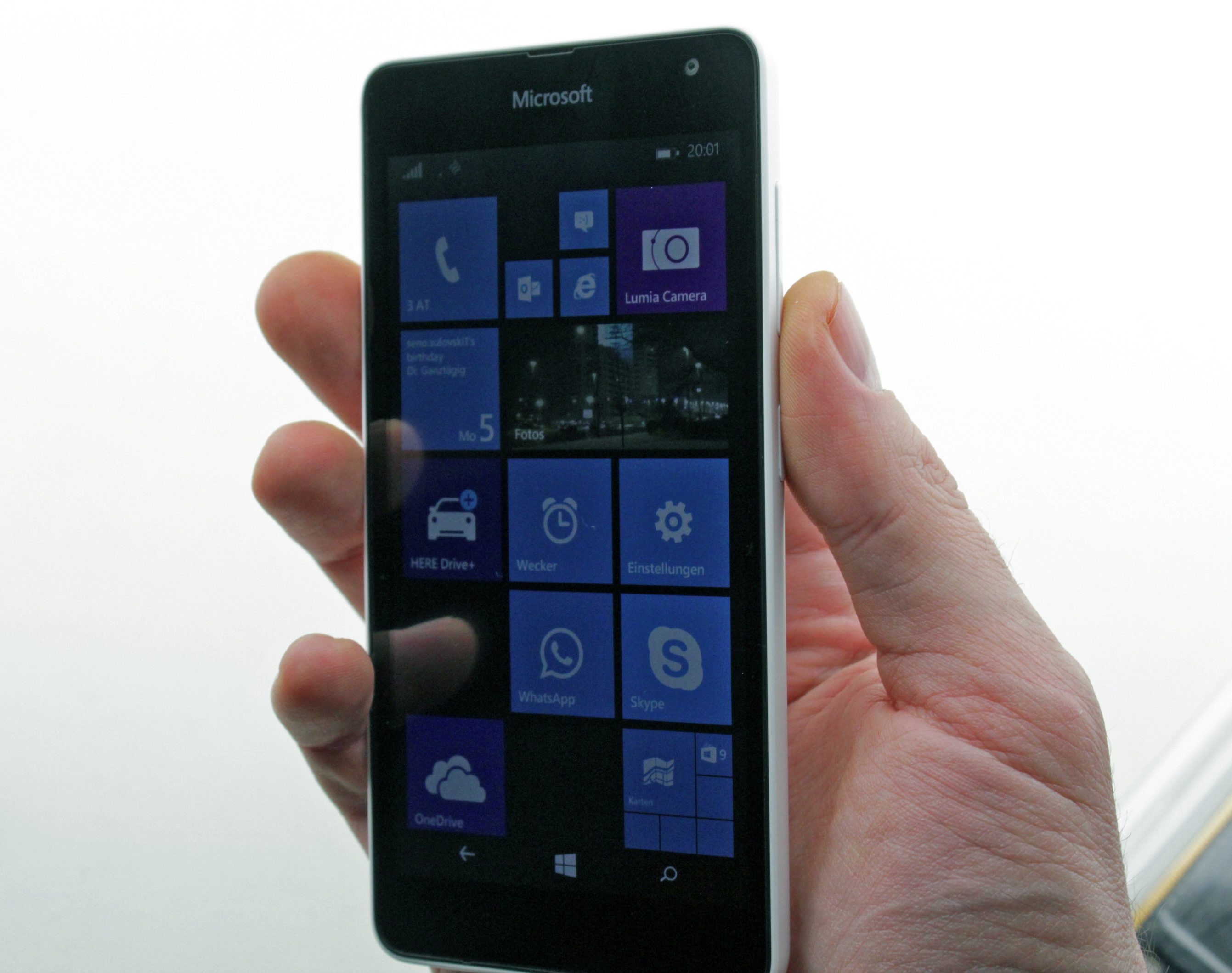 The volume rocker and power button are located on the right side of the phone. There is no dedicated camera shutter button. 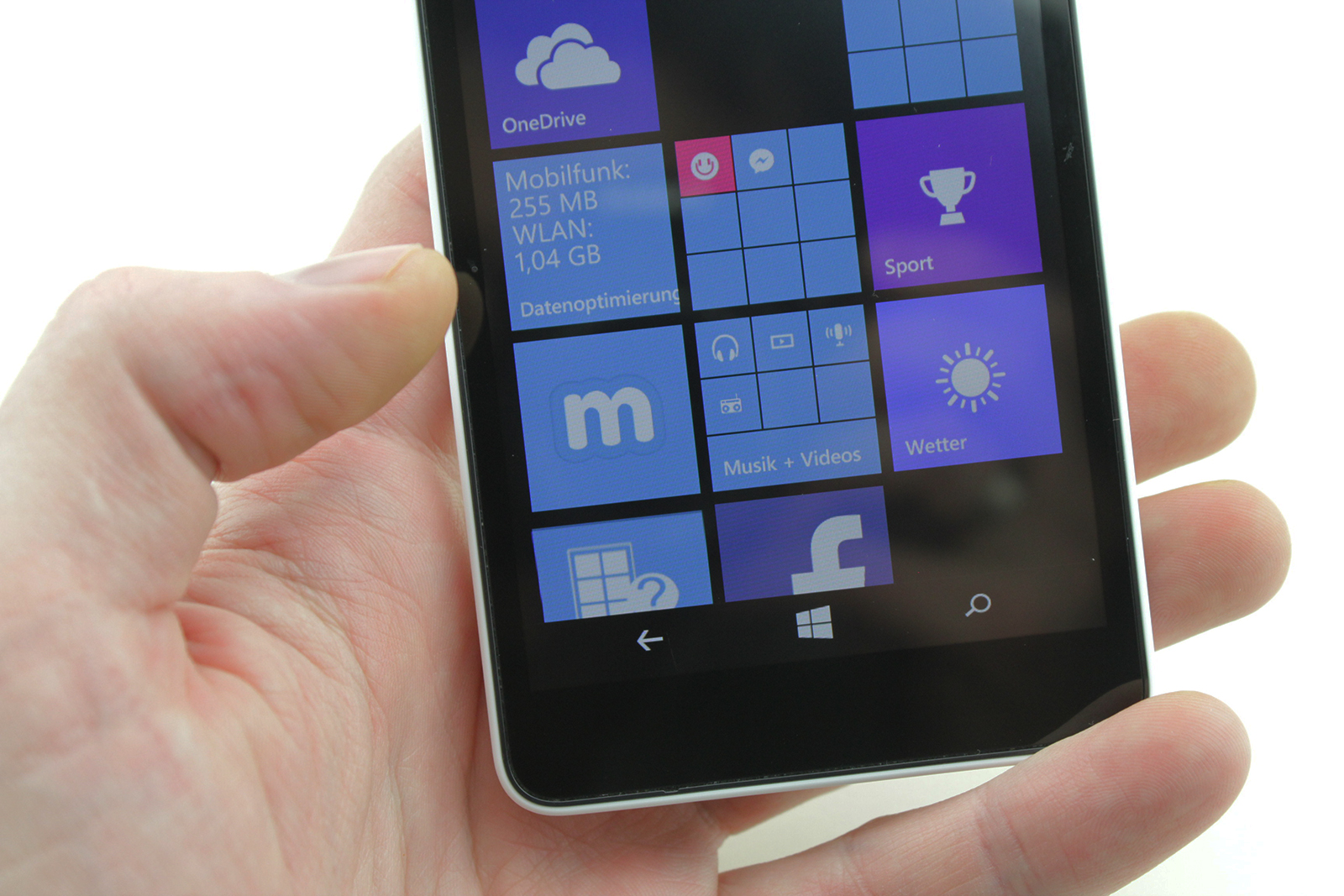 The left side of the Lumia 535 is completely empty, as the 3.5mm audio jack is placed on the top, while the micro-USB port is at the bottom. 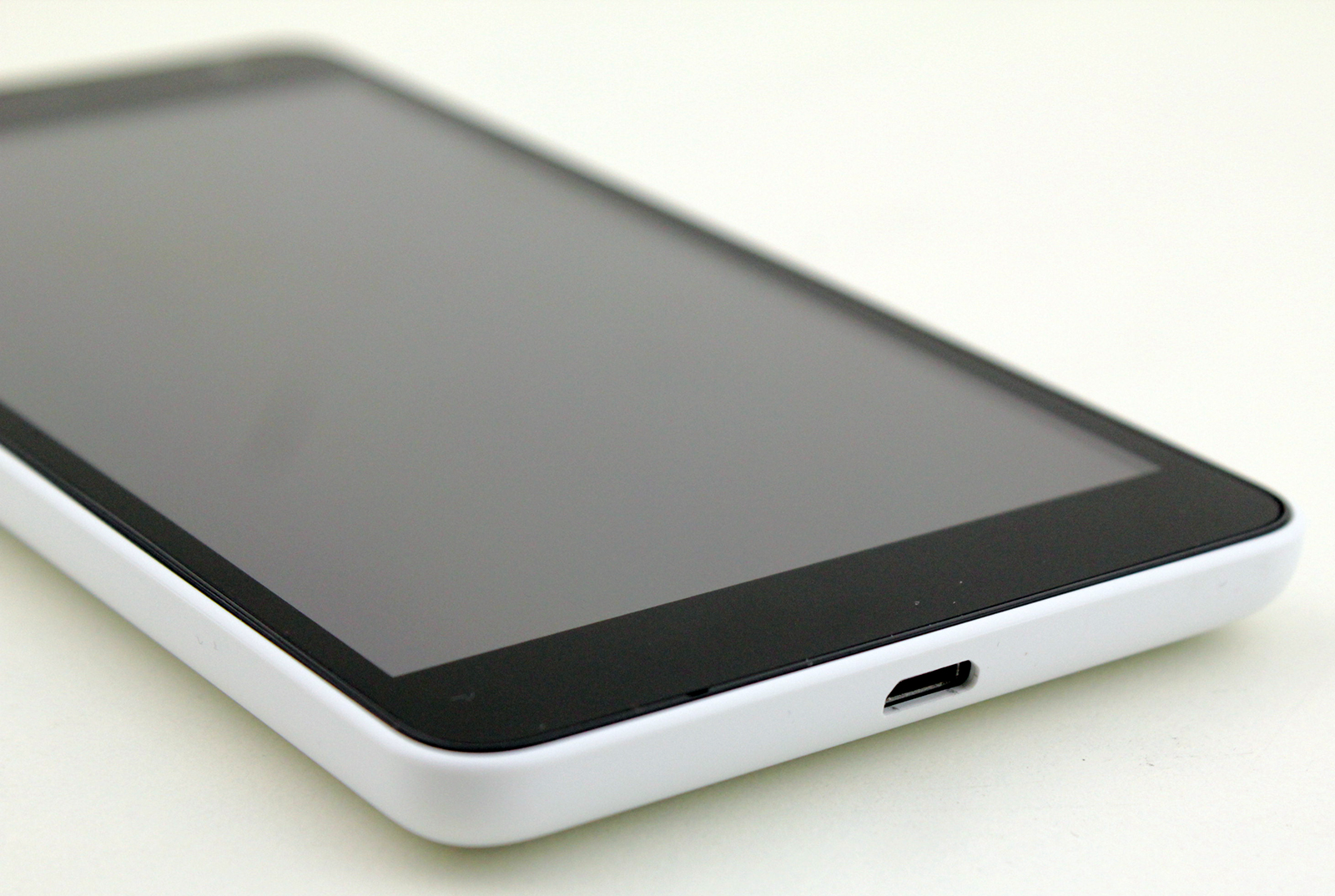 The Lumia 535 has two useful features that were missing from old Windows Phone 7.x devices – a replaceable battery and a microSD slot. Although it ships with 8GB of internal storage, the OS and pre-installed apps take up about half of the available storage. Still, this is not bad in this price range. 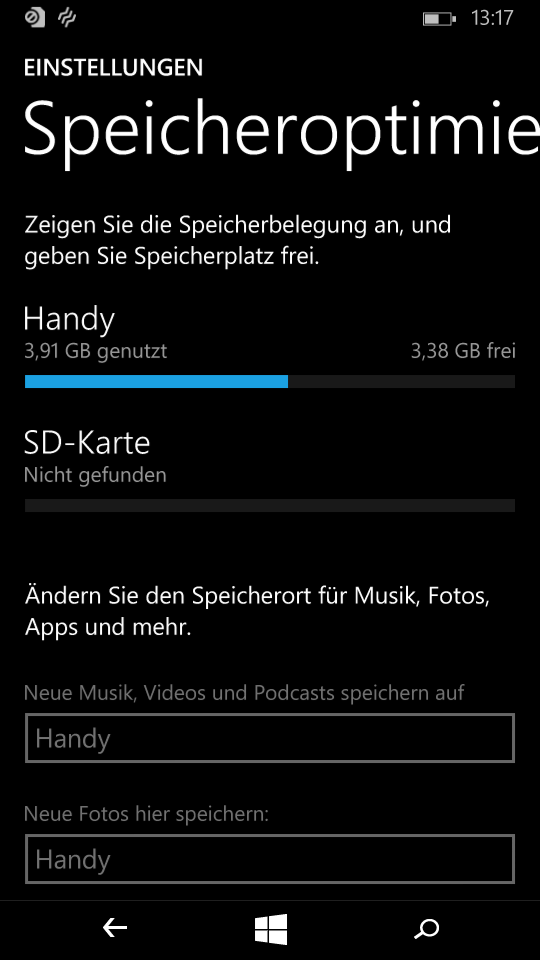 Microsoft also offers 15GB of free cloud storage to anyone who gets this phone and you can enable automatic photo and video uploads for your convenience. This can be quite handy. The back cover is easily removed, along with the battery. This means both components can be replaced with ease, which is good news. 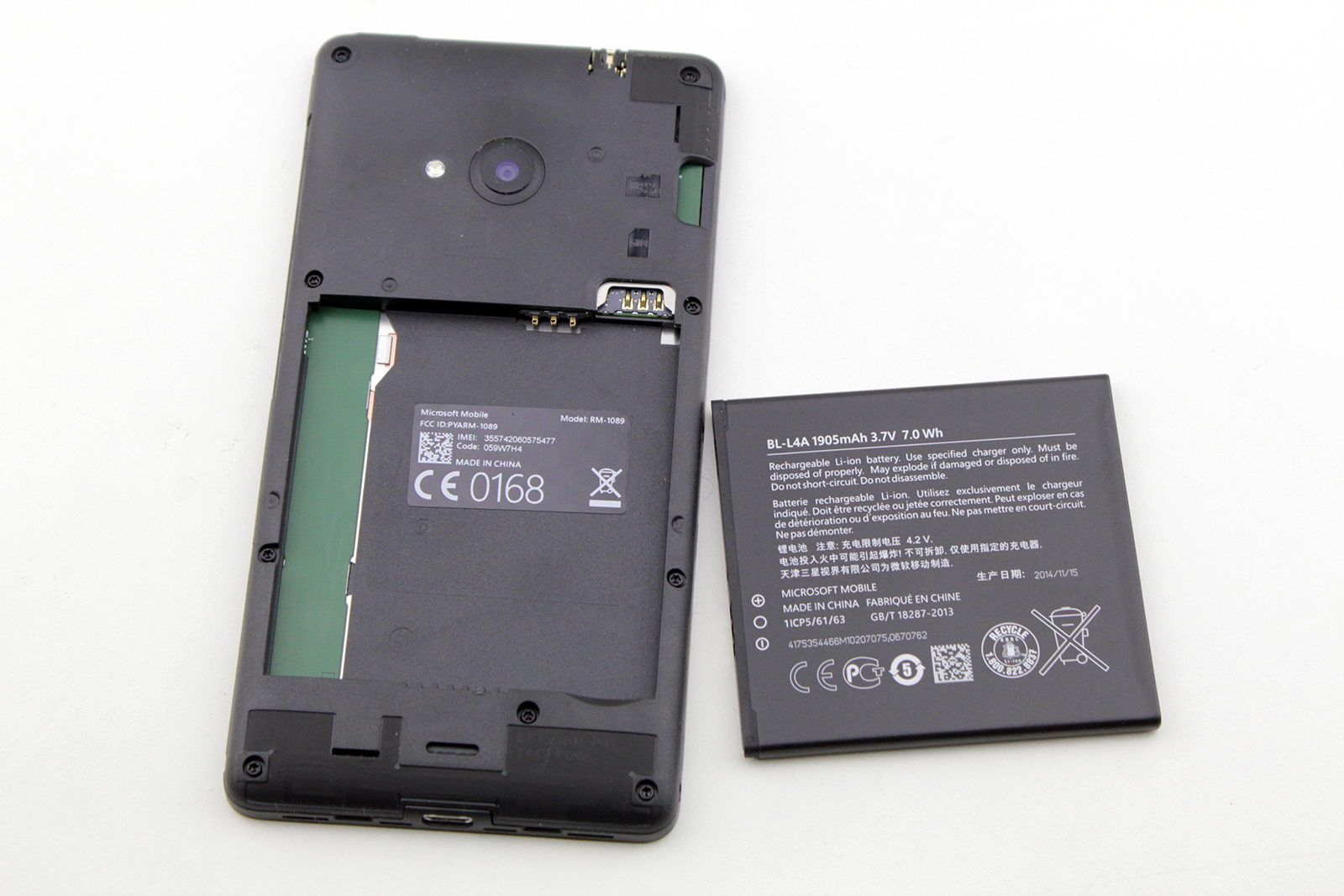 The rear camera protrudes from the chassis, which is quite baffling given the girth of the phone and relatively small size of the camera package. Luckily the glass covering the lens appears to be durable. After seven weeks of use, sometimes with Lumia 535 being hastily packed into a pocket full of keys and other stuff, we did not notice a single scratch on the lens.

Unfortunately the choice of protective cases for the Lumia 535 is somewhat limited, but it’s getting better, as this is a relatively new phone. The fact that you can replace the whole back cover also helps if you’re careless, or plan to get this phone for your kids.