AMD recently introduced the “new” Radeon R9 280X graphics card and we all know that this is just a renamed HD 7970 GHz Edition which is based on the Tahiti XT chip.

We wonder how consumers would have reacted to a mere rebrand had it not been for AMD AIBs who actually did all the heavy lifting by coming up with interesting non-reference cards. Sapphire is no exception and we can say it did a very good job with the Toxic R9 280X.

As soon as we unpacked the card we were impressed by two things. First of all there’s the exciting Tri-X cooler which uses three sophisticated aerofoil section fans (a pair of 90mm fans with an 80mm fan in the center) and the huge heatsink intersected by 6mm, 8mm and 10mm heatpipes. This is clearly a very elaborate design.

The second unique feature that caught out attention was the high factory overlock. At 1150MHz the Sapphire’s Toxic card is the fastest R9 280X to roll out so far. The reference GPU clock is 1000MHz, while the memory runs at 1500MHz. Sapphire also tinkered with memory clocks, but we’ll get round to that in our review.

The stylish shroud is designed not only to look cool, but to manage the airflow over the card for the best possible cooling performance. At factory clocks, which are substantially higher than reference clocks, we saw the GPU go up to 76 degrees Celsius, which is a pretty good result for an overclocked GPU. What’s more, even when it heats up, the Toxic R9 280X does not get very loud.

The new cooler, along with a high performance 10-phase power management system and high quality components such as the Sapphire exclusive double sided Black Diamond chokes and long-life solid capacitors, enables the card to deliver stable higher power levels while keeping temperatures on the safe side.

On the back side of the card you will find a nicely designed backplate. The cooler is oversized, it's bigger than the PCB, but at least it's a dual-slot design. The exact dimensions of the Toxic R9 280X card are 308(L)x113(W)x41(H) mm, 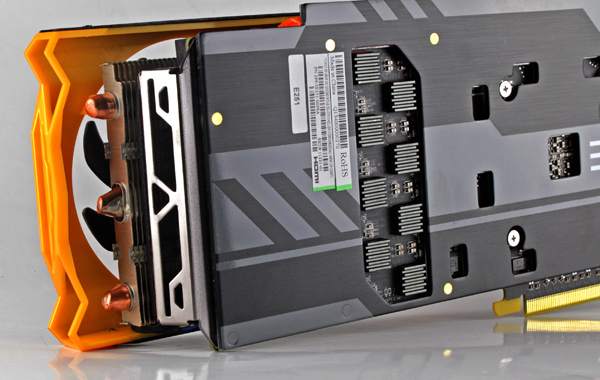 The card will need two 8-pin power connectors for normal operation, but extra power is needed only for heavy overclocking, when you try to squeeze the last ounce of performance from the GPU. Sapphire's Toxic card is a beast - although it's already overclocked to 150MHz, we managed to push the clock up by another 100MHz, ending up at 1250MHz, or 25% more than the reference clock. We are confident that it is possible to hit even higher clocks, but this is just a preview and we'll give it another go later on. 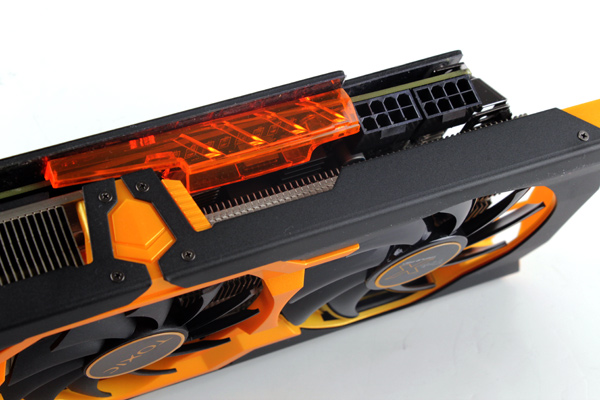 There is also a dual BIOS switch which provides compatibility with UEFI and non-UEFI systems. 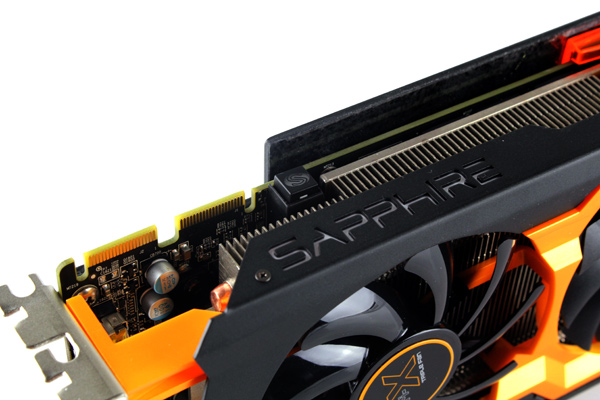 The back plate features one HDMI (with 3D), two mini-DisplayPorts, one single-Link DVI-D, and one dual-Link DVI-I. 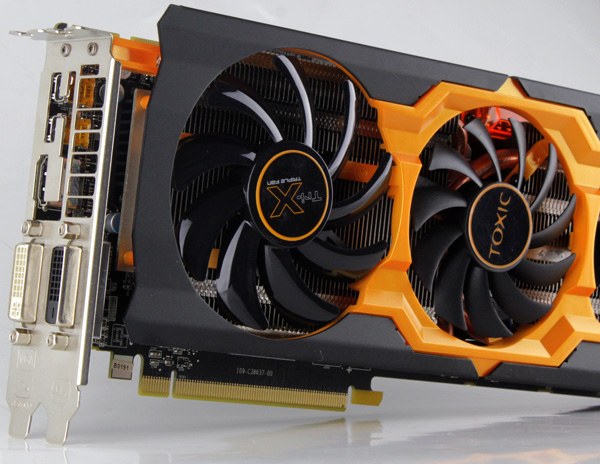 Although we didn't have time to run plenty of benchmarks, we decided to check out what the Toxic R9 280X can do in the Unigine Heaven tessellation test. Nvidia's GTX 770 is traditionally somewhat faster in this test and no HD 7970 or R9 280X card could come close, at least not until the Toxic R9 280X joined the party. 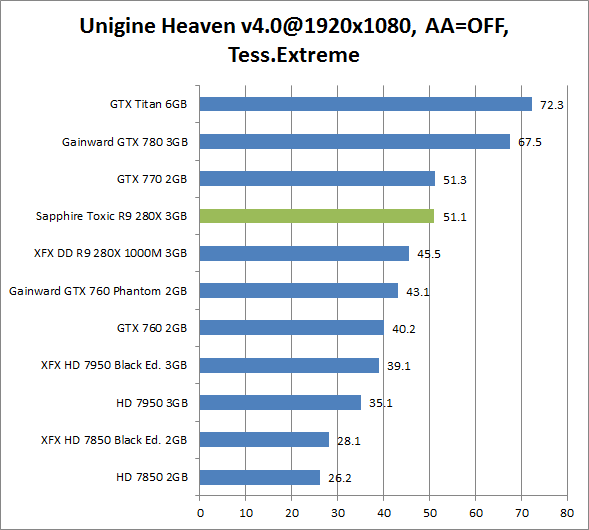 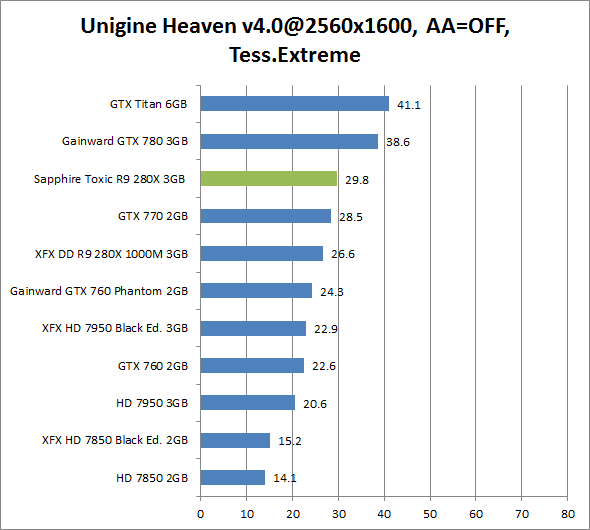