Preview: Gives GTX 780 a run for its money

The eagerly awaited Hawaii GPU got its official brand last month and now it’s finally official and shipping for $549. The big kahuna, the faster of two cards based on Hawaii is the Radeon R9 290X, while the Pro version will appear in a week or so.

The new Hawaii XT chip is the first significant "big core” from AMD since the launch or Radeon 7000 series in Q4 2011. It took a while before the Tahiti 28nm chip got a series successor that could step on Geforce GTX 780’s toes. Not only that, but in some cases the R9 290X it can even bring the fight to Nvidia’s pricey Geforce Titan.

If you look at the table below, this means that the chip is roughly twice as powerful as the R9 270X. Its main competitor is Nvidia’s GK110, which has 48 ROPs (12 less than Hawaii XT), 2880 shader processors, or 64 more than Hawaii, but it can process 196 texels in integer and FP16 precision while Hawaii can deal with 176 integers and 88 fp16. 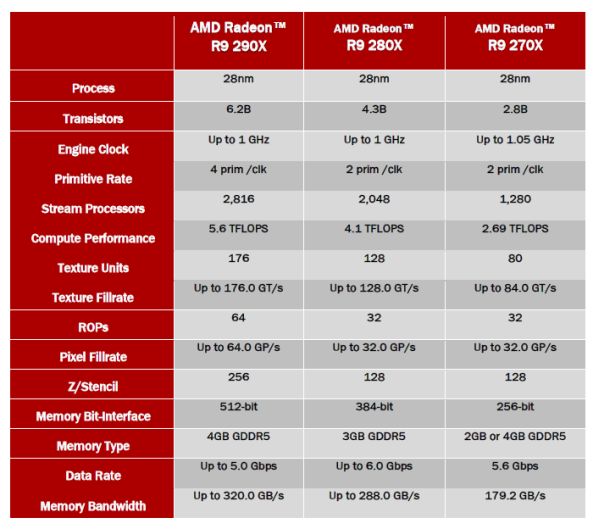 AMD has a 512-bit memory bus while the GK110 has a 384-bit bus, but Nvidia has 7.1 billion transistors doe to its better precision capabilities. The Hawaii chip is 438 mm2, while the GK110 is 551 mm2, so it’s much bigger and costlier to produce. Specification wise you can see that these chips are practically evenly matched, but we will leave that to benchmarks.

The card has two dual-link DVI outs, one standard HDMI and standard DisplayPort out. Next generation 4K (4096x2160) and UHD (3840x2160) resolutions are supported. You can also use any combination of display connectors. 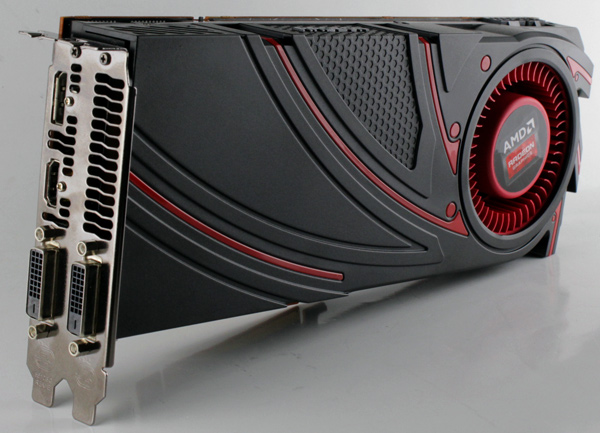 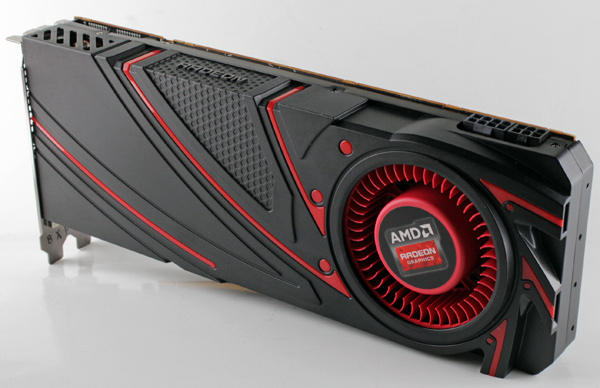 AMD dropped dual-BIOS feature in the last generation, and you will not find it on Rx200 series cards, with the exception of the R9 290X. The VBIOS switch allows you to choose between “Quiet mode” And “Über mode”. The default BIOS position is going to run the card a bit quieter with some performance penalty, while BIOS position two will make the cooler run faster, increase the clock and card settings to maximum, but it will give you a few extra frames, accompanied with more noise. If you want to change from normal to Über mode you should shut down, adjust the switch, boot up and hit defaults in Catalyst Control Center.

Note that the card lacks a Crossffire connector. All the communication between chained cards is now handled via PCIe 3.0.

AMD has some new driver settings in Overdrive, but we will write more about this in the review. Now let’s check out some of the numbers we got after a few hours of testing.