In order to keep the temperatures at bay, Gainward decided to use the reference cooler, which’s isn’t a bad thing. We already had a chance to get acquainted with Nvidia's reference GTX 780 cooler and we found it more than adequate. We saw it on Gainward’s GTX Titan where it served the card very well indeed. The cooler was designed to provide superior cooling performance and generate acceptable noise.

The cooler sports a silver aluminum casing for the cover and a polycarbonate window for show-offs. Through the window you see the heatsink. The secret to good cooling is a good vapor chamber design, which also allows engineers to come up with compact yet powerful heatsinks that don’t have tons of heaptipes sticking out of them. 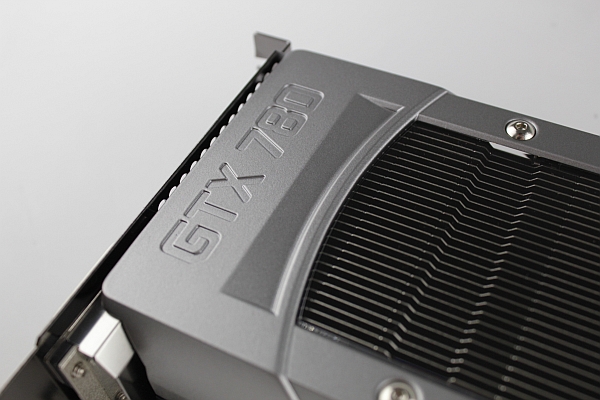 The card is 26.5cm long and it’s 11cm tall. It is a dual-slot affair, which is nothing surprising as it is a reference design. On the upper side we see the GeForce GTX logo with LED backlighting, which was also used on the GTX 690 and Titan. 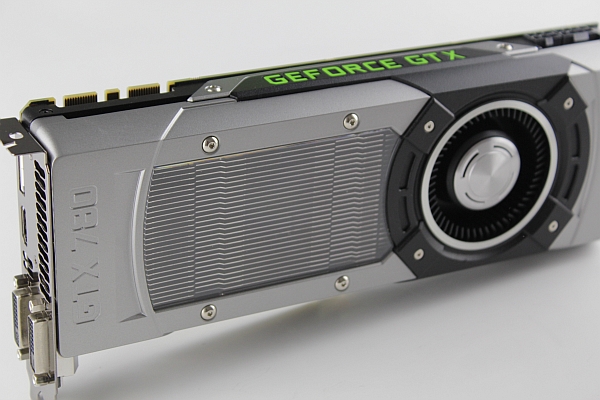 The fan management has been improved, so the 75mm seems rather docile and won’t surprise you with sudden rpm changes. Nvidia’s Boost technology has matured and version 2.0 takes care of things admirably. The GPU temperature threshold is set at 80 degrees Celsius and the card overclocks automatically until the temperature reaches the threshold, provided the load and power consumption readings are not already maxed out.

During auto-overclocking the temperature could be kept within the 80C envelope by accelerating the fan, but Nvidia wanted to keep things quiet, so Boost 2.0 tends to reduce the GPU Boost clock instead of speeding up the fan. Users who place an emphasis on low noise should like this approach, but performance freaks might want a bit more, regardless of noise. 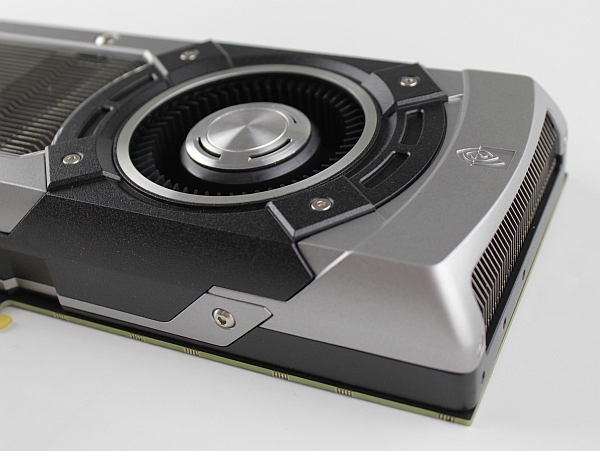 There are no memory modules at the back of the PCB since the GTX 780 has 3GB of memory rather than 6GB used on the Titan.

The reference design includes Samsung K4G20325FD-FC03 GDDR5 memory chips for the GeForce GTX 780, and Gainward’s card uses them as well. They are specified to run at 1500 MHz (6000 MHz GDDR5 effective).

As far as video outs go, few users will have a gripe, since the card features two dual-link DVIs, 1.4a compatible HDMI and a DisplayPort output. Note that all four video outs can be used simultaneously. Nvidia included an HDMI sound device within the GPU, so there is no need for connecting the card to your SPDIF out to get audio and video via HDMI. 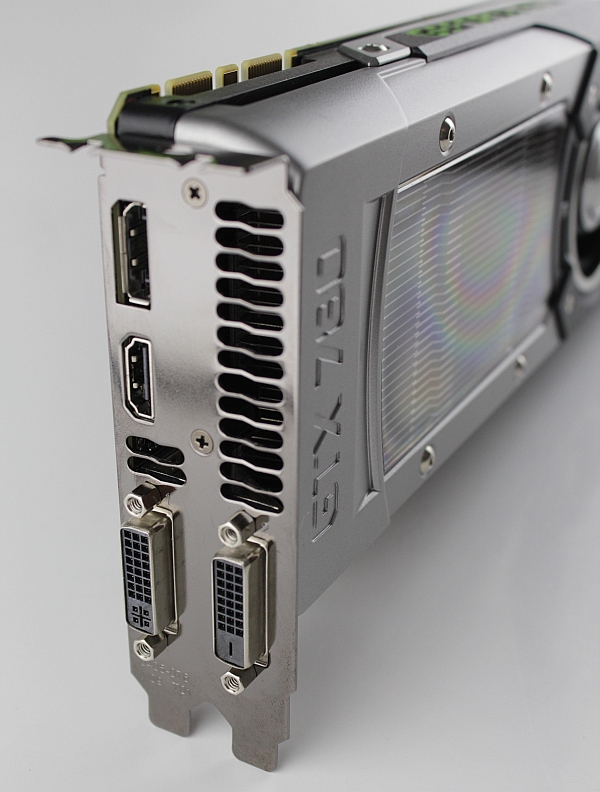 The GTX 780 is ready for multi-GPU action. In addition to standard dual-SLI, it can also be used in triple- and quad-SLI setops, as it features two SLI connectors. The fact that this is a reference dual-slot design also helps. 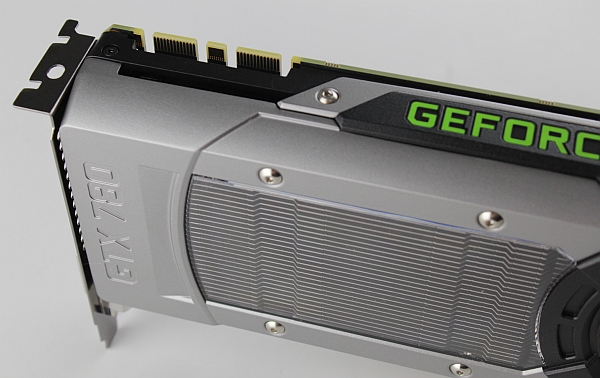 A combination of 6-pin and 8-pin power connectors is used on the GTX 780. The GTX 780 and Titan have a TDP of 250W, although we expect the GTX 780 to be a bit more efficient. The Gainward card uses an OnSemi NCP4206 voltage controller as on the Titan. 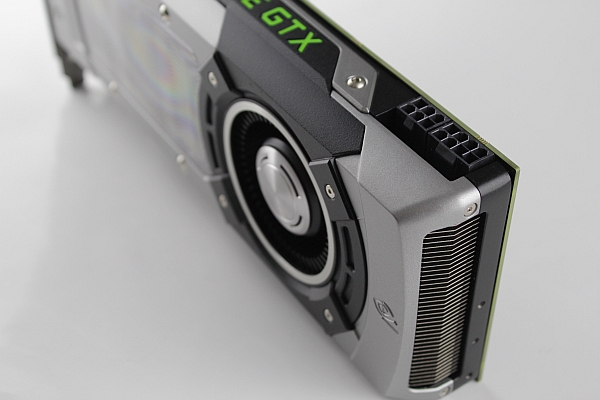