The two fastest cards from the Nvidia’s new GTX 700 series are already widely available, but only a small number of gamers can afford to pay more than €/$250 for a graphics card. Cards which fall in this recession friendly price range are traditionally viewed as the weapon of choice for most gamers and the tradition continues.

The GTX 760 is a newcomer in this segment and today we are greeting the EVGA GTX 760 SC ACX.  The GeForce GTX 760 will be replacing the GeForce GTX 660 Ti in Nvidia’s lineup. Pricing for the Geforce GTX 760 begins at $250/€225. As usual, the cheaper GTX 700 series cards will be available at a later date, however not before late fall or maybe even the end of the year. 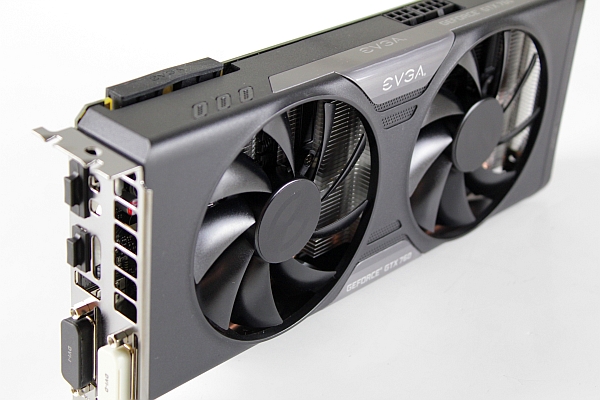 Nvidia gave the OC green light to its board partners, allowing them to play with factory overclocking and custom designs. EVGA’s GTX 760 SC ACX is a nice example of how a custom design can do a lot for the card and make it more attractive. In addition to good looks, the GTX 760 SC ACX performs noticeably better compared to the reference cards, thanks to a high factory overclock. 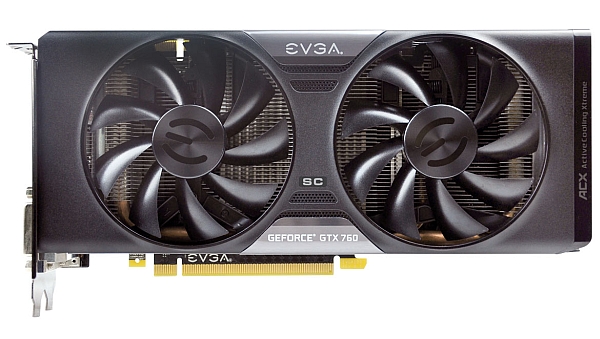 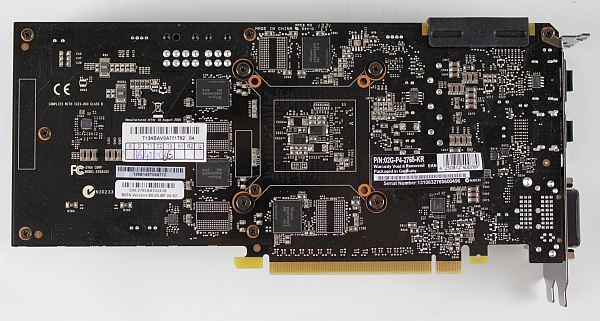 The EVGA GTX 760 ACX is just one of many cards with a non-reference cooler and there are other factory overclocked models from other vendors as well.

The standard memory configuration for the GTX 760 is 2GB of GDDR5 memory, but some partners may introduce 4GB cards as well.

The EVGA GTX 760 SC ACX comes factory overclocked from reference 980MHz to 1072MHz for the GPU, while the memory is left at reference 1502MHz (6208MHz effectively). If you are after 1080p gaming, cranking up the settings to the High in graphics-intensive games should not be a problem for this card, and the scores prove it. 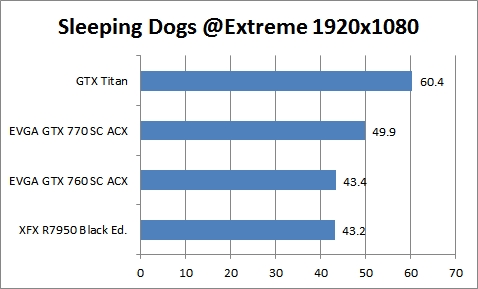 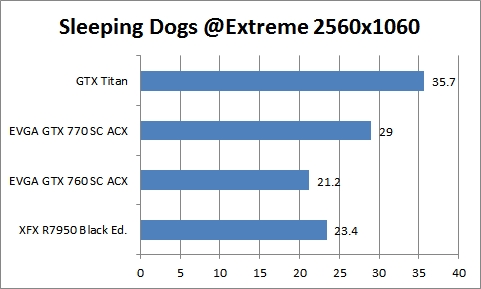 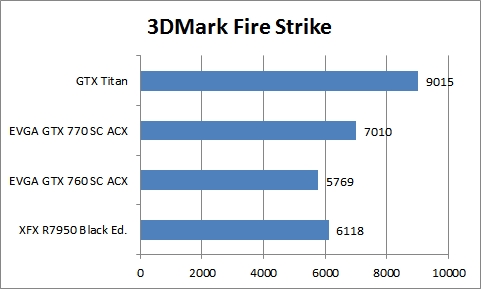 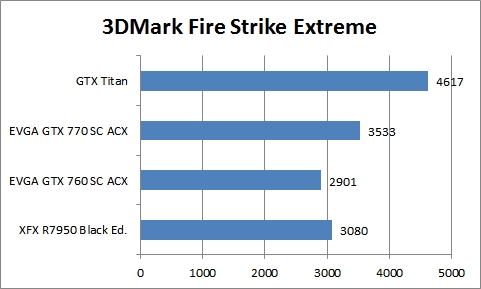 The fan is not as quiet as I had hoped. It is relatively loud when the card is experiencing a lot of load but it is still noticeably quieter compared to the XFX R7950 Black Edition.

The GTX 760 is said to have a 170W TDP, compared to 150W TDP for the GTX 660 Ti and 170W TDP for the GTX 670. EVGA went a step further and decided to include both 6-pin and 8-pin connectors on the card. Combined with the ACX cooler, this should ensure good overclocking performance. 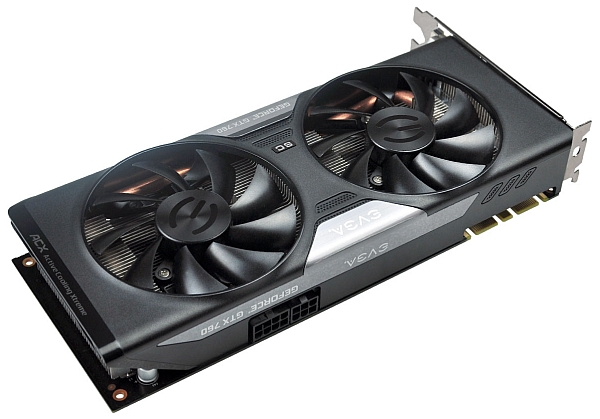 With the GTX 760 users will get all of the new features found in the GTX 700 series GPUs. Additionally the GTX 760 will allow you to play games with enabled physics (PhysX), improve graphics effects  by using HBAO or with advanced anti-aliasing techniques (FXAA/TXAA) and off course the card has enough power for smooth 3D gaming (3D Vision).

EVGA PrecisionX is great tool for hardware management, but there are two additional bits of software that deserve our attention, the Geforce Experience, which is designed to make PC gaming easier for all gamers, and ShadowPlay, which is an upcoming Geforce Experience feature that lets gamers record their favorite gaming moments without the performance penalty of software-based solutions. 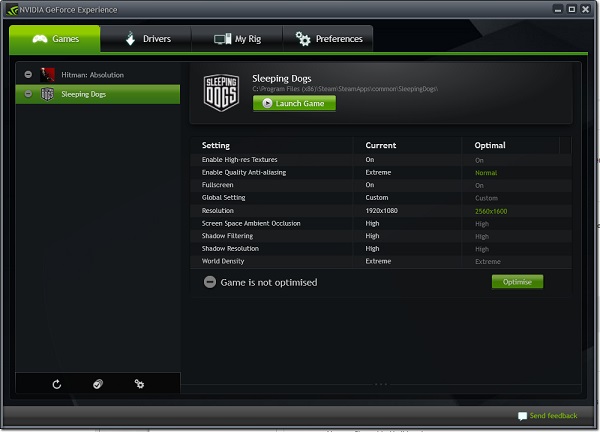 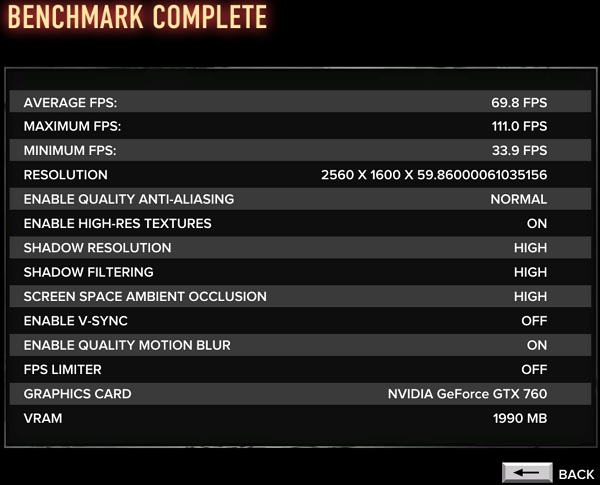 Following the introduction of the GTX 760, Nvidia’s complete Geforce 7xx/6xx lineup consists of the following cards: