Although the aforementioned specs suggested better overclocking potential, we only managed to overclock the GPU by +55MHz (1061MHz). This is not a particularly impressive score, but the GTX 670 FTW’s advantage is that the cooler is almost inaudible.

While the fan was in AUTO mode, we could overclock the GPU to 1051MHz, with the cooler remaining almost inaudible. Speeding the fan up to 80 percent RPM (maximum when using EVGA PrecisionX tool) made it too loud, but it helped us hit 1061MHz.

The memory ran stable after our 250MHz overclock, but when we hit +300MHz we occasionally had some instability. 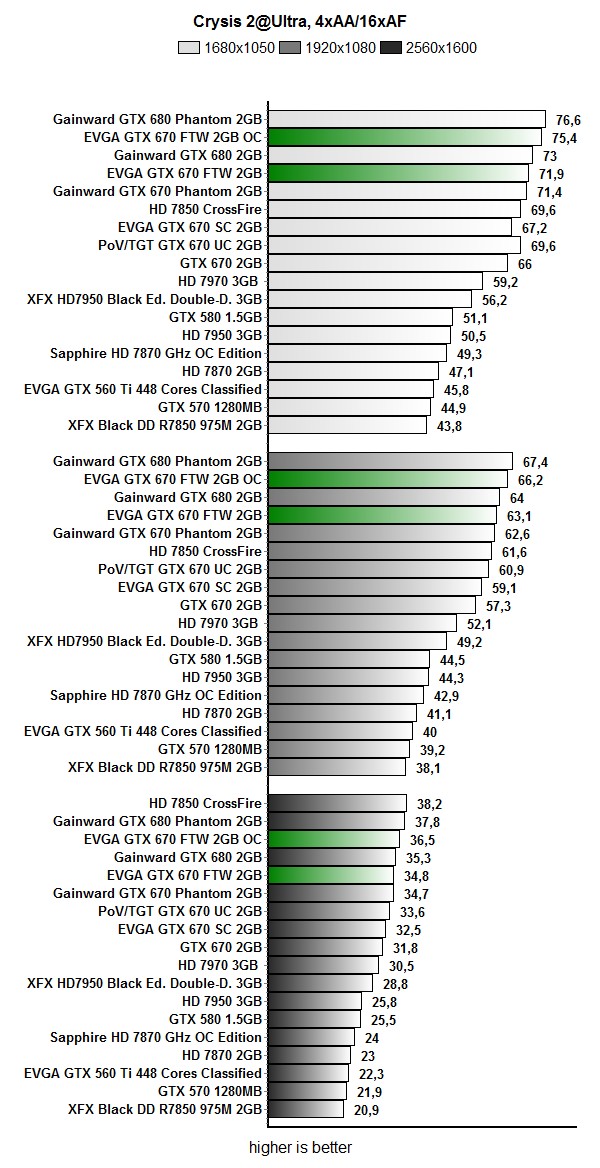 EVGA did a great job taking the GTX 680’s design for its GTX 670 FTW graphics card. The fan is silent in idle mode but even when it’s under full load you won’t hear it until you’re really close to the computer. Bear in mind that the GPU was overclocked from 915MHz to 1006MHz and that the cooler is still silent. In fact, this is the best GTX 670 cooling solution we’ve tested so far.

Thermals weren’t particularly spectacular, but 77°C for a 1006MHz GPU is a solid achievement. The cooler will slash thermals even more when the fan is sped up and we measured 55°C at the maximum fan RPM. We think that EVGA did a good thing by sacrificing a few °C in order to keep noise down to a minimum.

Consumption is comparable with the rest of GTX 670 pack. All in all, the GTX 670 performance-consumption ratio is excellent.