GPU Boost technology takes care of the card so overclocking is not as simple. Kepler GPU has two clocks – one being the Base clock, which is the guaranteed clock, while the other is Boost clock, average auto-overclocking clocks.

If the card needs more power to boost performance to a certain level, and the thermals aren’t too high, it will auto overclock to the specified max threshold.

When we want to overclock the GPU, we increase the Base clock and hope that GPU Boost technology will “grant” our request. Unless we overdid it, GPU Boost will make sure to squeeze out more juice from the chip.

Gainward GTX 670 Phantom 2GB is a factory overclocked card whose GPU runs at 1006MHz, and the memory at 1527MHz. Gainward also launched its ExperTool tool (picture below), which of course supports overclocking of all GTX 600 series graphics cards. 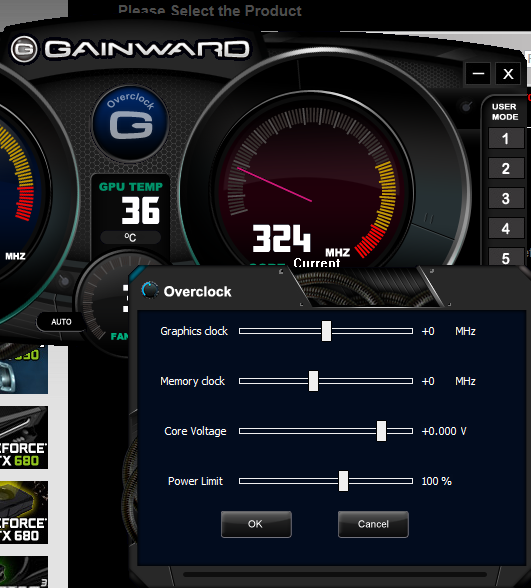 The maximum stable GPU clock for the GTX 670 Phantom 2GB was 1056MHz. We achieved a similar result with our EVGA GTX 670 Superclocked graphics cards (1067MHz). 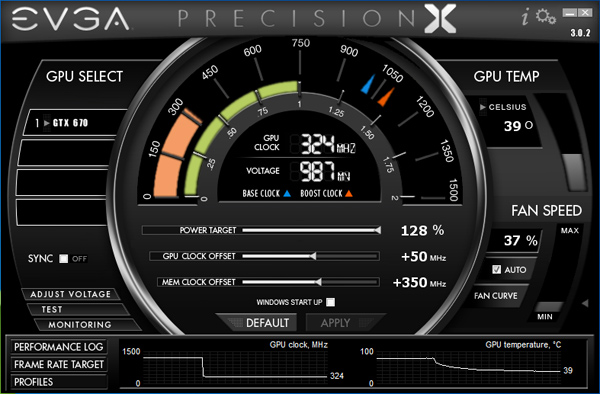 GPU Boost continued to auto-overclock the card so we recorded clocks up to 1215MHz.

Phantom cooler did a good job but didn’t quite blow us away (no pun intended). Perhaps our high expectations had something to do with it, but we’re used to seeing Gainward’s Phantom coolers excelling. However, thermals were good even after our overclock. We left the fans in AUTO mode, since manual settings didn’t affect overclocking that much.

The fans can be heard clearly but aren’t too loud, much like with reference coolers. Bear in mind though that Phantom is cooling a factory overclocked GPU. The fans are quiet in idle mode, but not quite inaudible. 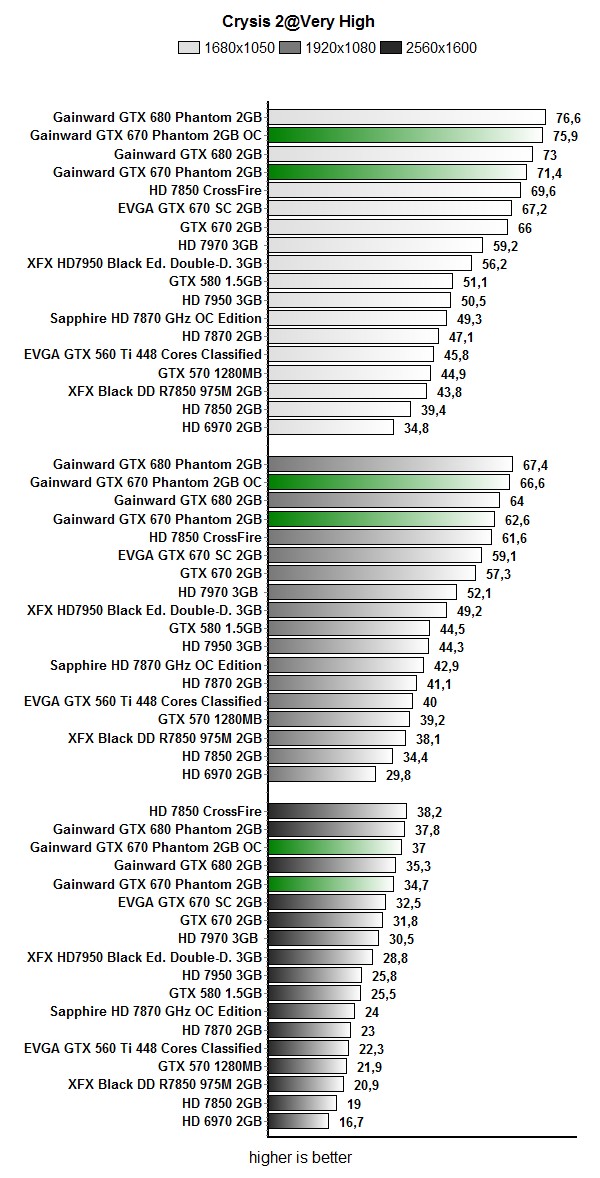 It’s clear that the card is overclocked from the increase in consumption, but it’s well worth the performance. 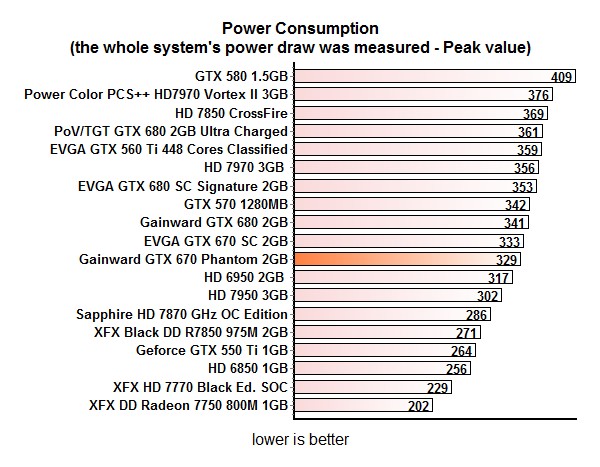