The cooler with three fans doesn’t only seem large – it actually is quite chunky and will take up three slots. We’ve already seen a few non –reference coolers for GTX 680 and they were wider than two slots, so we weren’t surprised by PoV/TGT’s move. The GPU comes overclocked by 104MHz and such feats require adequate cooling.

The following picture shows that the cooler is two slots wide with fans off.

The central fan is a 9cm one while the other two are 8cm. Size isn’t the only difference as the propellers were designed differently. 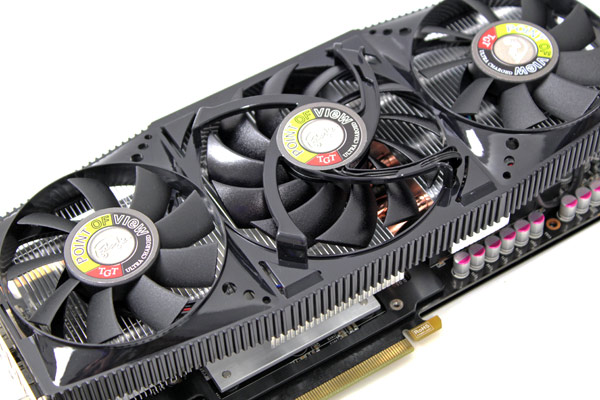 There are no signs or specs on the fans but we can confirm they do the job well. They only get loud beyond 65% RPM, but fan speed never exceeded 50% RPM, i.e. they were quiet. 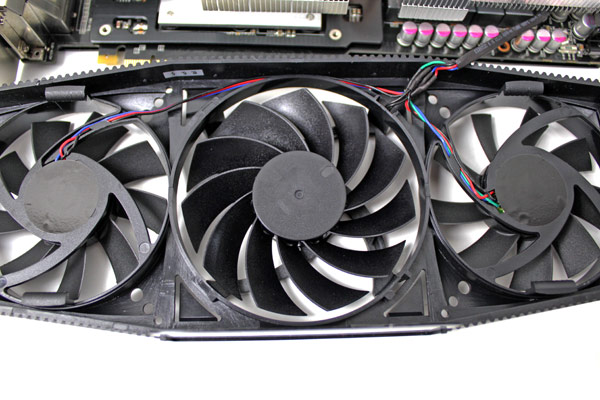 PoV/TGT probably could’ve used the metal plate above the central fan (picture below) for a logo or something, but it’s empty for now. 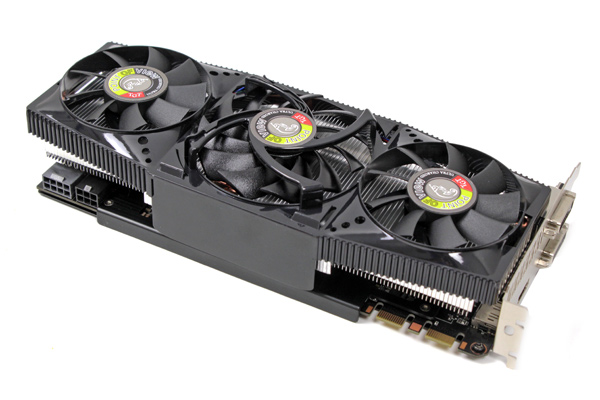 It seems to us that the plate is there simply to cover the spot where heatsink splits, see below. 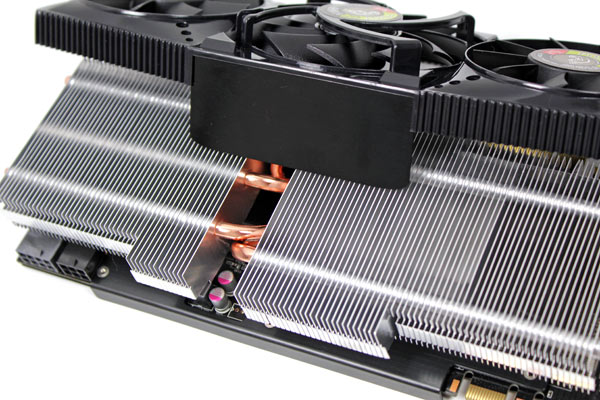 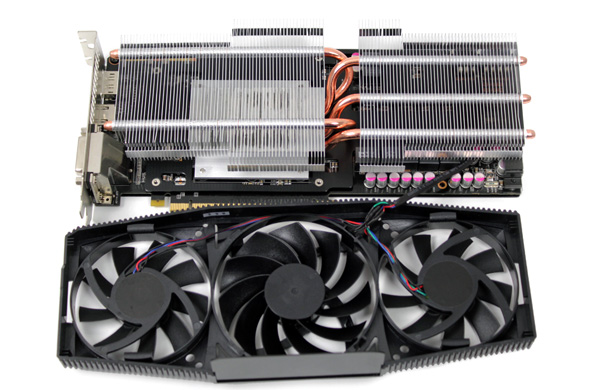 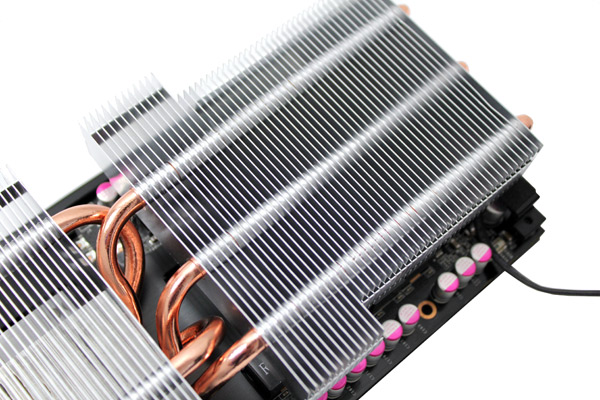 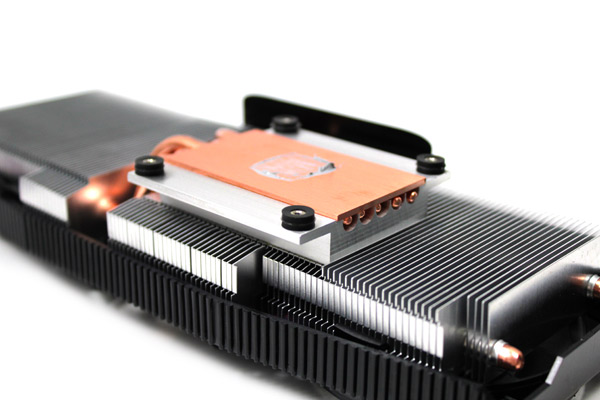 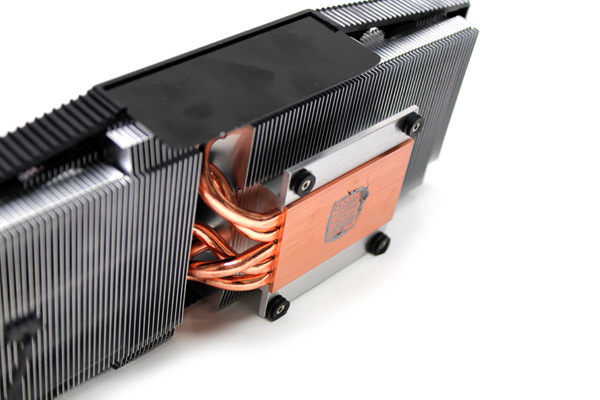 PoV/TGT strapped the card with a heatspreader for memory and other low profile components on the PCB. 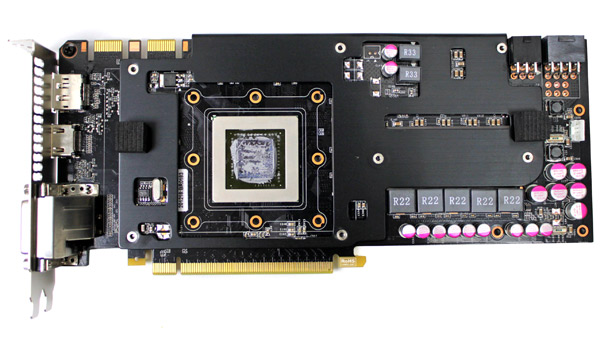 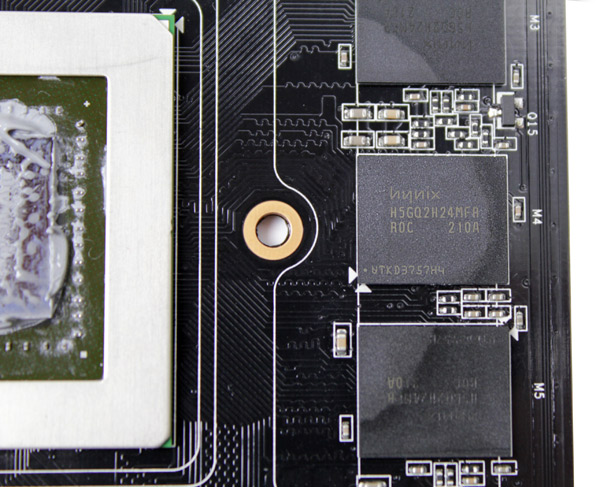 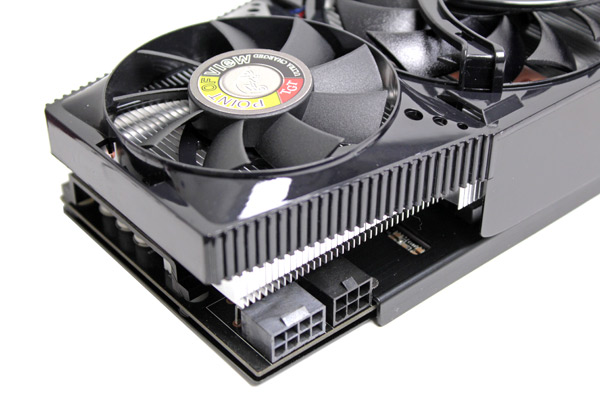 GTX 680 Ultracharged comes with two dual-link DVI outs, but only one is analog VGA-out capable. Strangely enough, PoV/TGT forgot to mention that VGA-out requires using the bottom DVI – the one in line with HDMI and DisplayPort connectors. Nvidia made sure not to lag behind the competition so Kepler based cards can run up to four displays simultaneously.

The card has two SLI connectors, which means Quad GPU is possible.

A metal plate was mounted on the back of the card. We must admit that it really does make it look better. 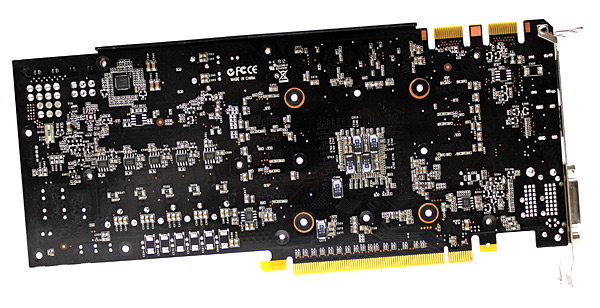