Pov/TGT chose not to overclock GTX Ultra Charged’s memory. The reason is that the overclock would not have resulted in a significant performance increase. The GTX 680 has plenty of bandwidth so faster memory would only boost consumption. Although Crysis 2 suggested that this is indeed the case, AvP and Metro 2033 sti benefited from the memory overclock.

Most factory overclocked GTX 680 cards come with memory at about 1550MHz. We used EVGA’s GTX 680 SC Signature as our reference. In the tables below, you can see how results woul've looked had TGT overclocked the memory as well.

AvP scored 2.7 percent batter after the memory overclock, while Metro 2033 sped up by 2.6 percent. Looking at the results, it’s clear that overclocking the memory does affect results. While we’d rather have overclocked memory on GTX 680 Ultra Charged cards, it’s not a problem since you can easily overclock it by a minimum of 100MHz. 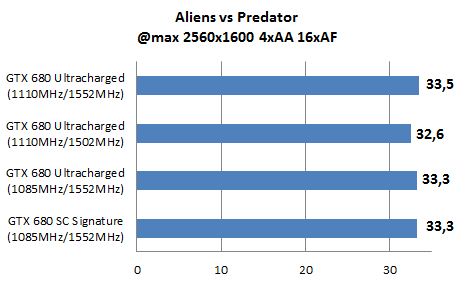 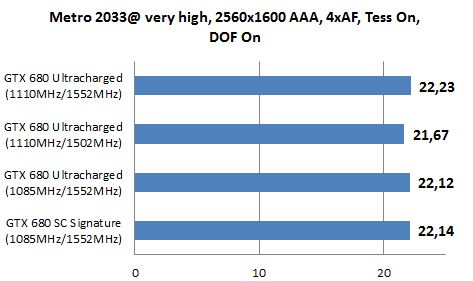