At first we though this is just another battery charger that can cope with more than just one laptop plug, and luckily for Innergie, we were wrong.

The Innergie Mcube is an interesting universal adapter that will fit most laptops and we tried at least three different ones that worked just fine. However, it is not just that, it will charge your iPad / tablet or phone at the same time and in addition it is very compact and looks good. 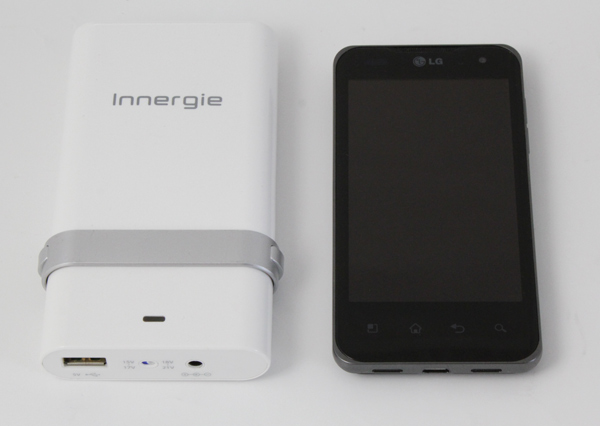 This is not all, as this adapter has an attachable part, about two-thirds the length of a standard business card that can charge your device in car or airplane. We can tell you that this is really the smallest and lightest adapter that will charge your notebook on a plane or in a car, at least the smallest we've seen yet.

In addition to that the adapter has an USB slot and can charge just about anything that can be charged via a standard 5V USB port. The device claims four way built-in protection and we can confirm that during our testing non of electric devices got hurt. The specification claims that mCube Pro can offer over-current protection, over-voltage protection, output overload protection but we don't know the name of last missing protection. We also suspect that this device can protect you against bullies like Nelson from The Simpsons, but in that case you need to use it wisely and wipe your fingertips before you swing.

The mCube Proitself weights 263 grams (9.23 oz.), measures 128.8 x 70 x 23.6mm (5.07"x2.76"x0.93") and has an output power of 65W continuous power and 90W peak power. The manufacturer claims that it should be enough for most notebooks up to 17-inch screen size. It should work as long as your laptop power requirement lays between 18-21 Volts, 70 Watt continuous power. The 15V to 17V notebooks will work too, there is a switch to chose one or the other. A DC output offers stable 19.5Volt DC/3.3A for notebooks or tablets and 5Volt DC/1A for portable devices via USB power. As you can imagine USB charging is much slower than the wall power adaptor charging but this is something that is common for all USB charging today.

Exchangeable notebook tips that should fit most brands on the market are included. Some of the names include Acer, Asus, Compaq, Dell, Fujitsu, Gateway, HP, IBM/ Lenovo, Panasonic, Sony, Toshiba, so most users will be covered. 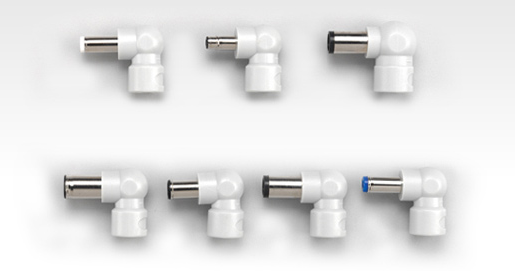 We have tried two brands that are not listed here, Alienware and MSI, and we can confirm that they work too. We also tried an Acer notebook that worked like a charm, all you need is to exchange the tip and you can charge just about any notebook you can think of.

When it comes to phones HTC phones as well as iPhone 3GS and 4G work and the list of compatible phones includes Blackberry, LG, Motorola, Nokia, Samsung and Sony Ericsson phones. We also tried Kindle 3, the latest Kindle ebook reader and this worked too, and we believe that many other USB devices will charge too. So, it works as it is supposed to. 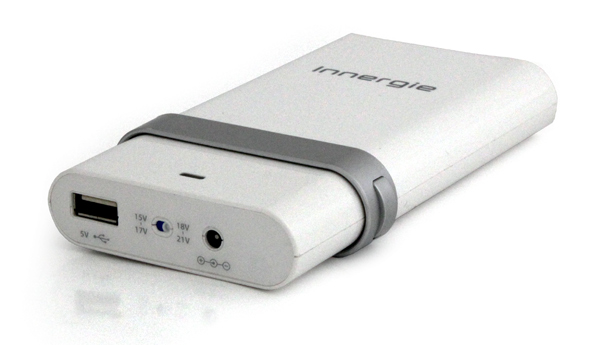 Basically any phone that you might have, provided it can be charged by USB will most likely work on this device and all that in parallel with charging your notebook. So, the mCube Pro replaces your standard notebook charger it also replaces your phone charger, something that might get welcome by many frequent travelers. One less thing to carry around is always nice.

During our testing we charged Alienware M11x small gaming machine and Amazon Kindle at the same time. As you can imagine it worked like a charm. We also charged HTC HD2, iPhone 4, Iphone 3GS. LG Optimus 2X and this also worked. We tried MSI’s U200 12 inch notebook, some netbooks notebook and Acer latest 3D 15.4-inch gaming notebook and this worked too.

The charger does charges your battery relatively fast but due its small dimensions it tends to get quite hot in the process. It is nothing to be concerned but in the cold winter nights it will be a good way to get some warmth for your poor cold hands or feet. The only obstacle we found was the latest Alienware MX11 R3 that needs 90W. It did charge it, but at the same time it got super hot. Innergy told us that new revision of the charger that you can buy in the shop today, fixes the issue.


To sum up, this device will be interesting for two kinds of customers, first being frequent travelers that need the notebook and USB power all the time. It fits in any bag, its universal and it can charge your kindle, phone, bluetooth key, notebook, mp3 & iPod, precious iPad and or Android tablet. This is definitely an all-in-one solution that even covers planes and cars.

The second group that could consider the mCube are customers who need to buy a replacement charger for their notebook. This one will do quite well, but it will also offer some additional functionality.

We need to remind you that charging over USB is naturally slower but it will eventually charge your device. One can argue that you can charge your phone, Kindle or iPad via notebook USB, but this is definitely going to be an even slower choice.

Such a versatile design and great functionality comes with a price. We are talking about a relatively saucy $119.99 in the US, €119 in the EU or around the same amount of British pounds (£119) for the device. This is the suggested retail price but Amazon Germany sells one for €87.64 and Scan in UK sells it for £73 which makes it much more attractive. It comes with a three-year waranty and if the tip you need is not included, you will get one for free. This is how confident Innergie are that the tip you need is included.

It is not the cheapest thing around but it’s worth your attention. A simple airplane or car converter usually sells for some $50 to $60, or the equivalent in pounds or euro. It’s a nice device and it your are in the need for a device that can charge most notebooks, phones, PSPs, DS Lite consoles, tablets, bluetooth stuff or anything else that charges via USB. We can warmly recommend it although it won’t come cheap.  The design looks great, the device is silent and can quickly charge your device(s) and also double as a foot warmer.

In case you're interested, check out the product page here.