The GT 520 1GB SilentFX can be found at about €38 and is passively cooled, which indeed is a big plus if you ask HTPC users. The card has three video connectors, one VGA, one HDMI and one dual-link DVI. 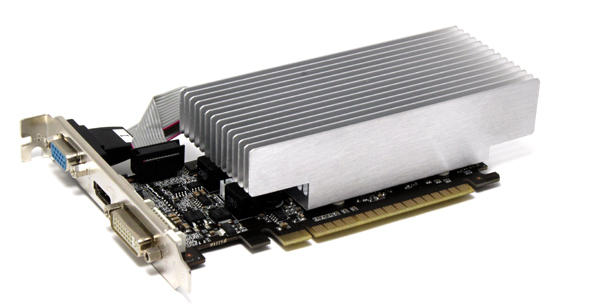 Geforce GT 520 boasts a 29W TDP and DirectX 11 support but it only has 48 CUDA processors (shaders).  The GT 520 1GB SilentFX is based on the GF119, which is regarded as the most basic Fermi-based GPU. 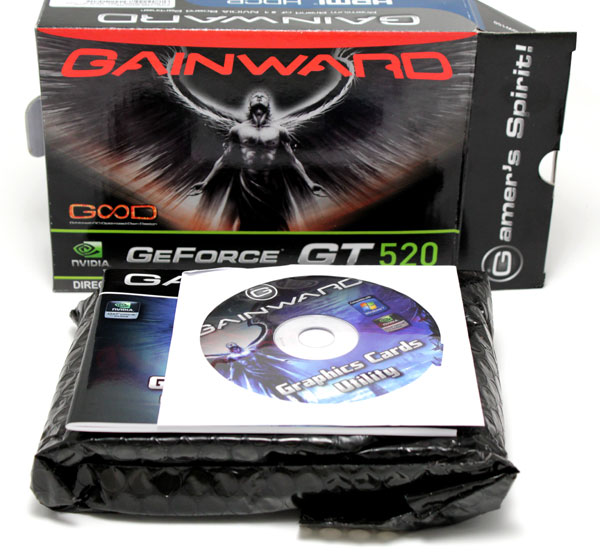 The packaging says that the card is part of Gainward’s GOOD series, meaning that Gainward designed its own cooling. In this case, the cooling is passive and dual slot.

The box holds a short user’s manual, driver CD and the card. 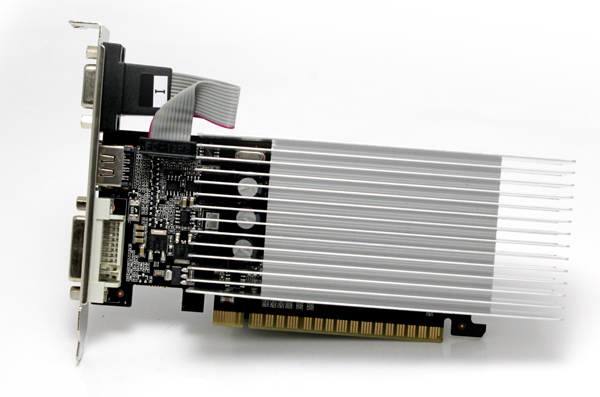 The cooler is made of a single aluminum block and should do a pretty good job. In fact, the cooling should do well in smaller cases too, if the dual slot width does not prevent you from using it.

The Geforce GT 520’s gaming performance is pretty low, which is to be expected. 3D Mark 2011 shows that Geforce GT 430 is better for occasional gaming but it also consumes more (Max. TDP 49W). Note that Geforce GT 430 cards are based on the GF108, which boasts double the specs of the GF119. Geforce GT 520 will do fine in hardware acceleration of HD video, but we’ll know more on that as soon as we're done testing. 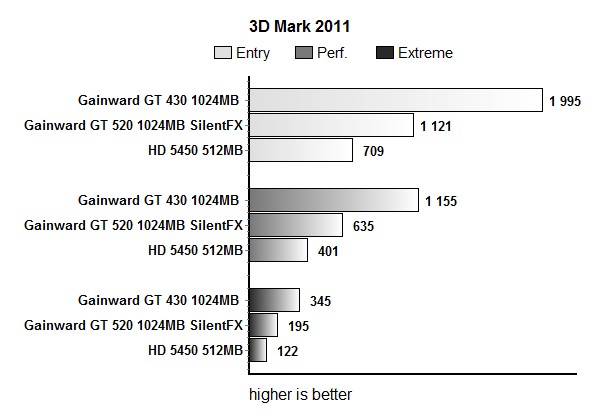 Gaming is possible but only with minimum detail settings. 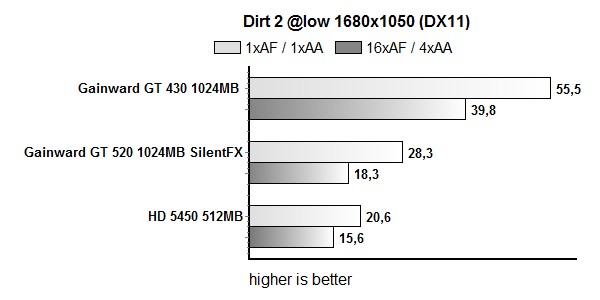 We measured a maximum of 69°C after lengthy gaming, which is pretty good considering that we tested it in a semi-open PC case with not much airflow. We’ll also repeat our testing in smaller HTPC cases so stay tuned.