Microsoft working on a new compute cartridge for Surface Hub 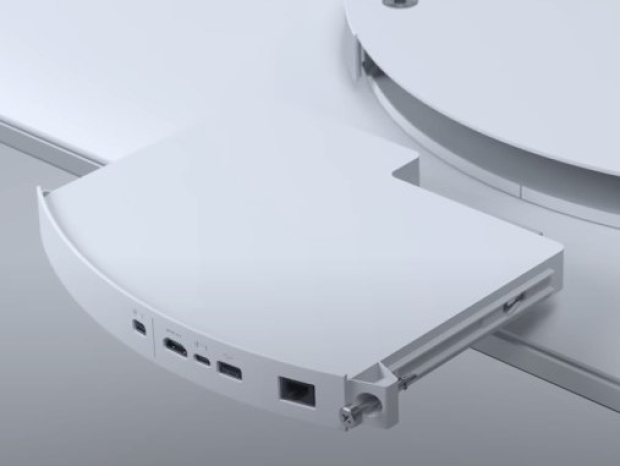 Microsoft's Surface Hub 2 has a rather natty feature which allows punters to upgrade or repair the device's guts by undoing a screw and sliding out the compute module containing the CPU, RAM, motherboard, and other components you might want to refresh.

Now it seems that Vole is working on a more powerful cartridge for the Surface Hub 2. Codenamed "Upward," the new model will bring 11th Gen Intel processors to replace the original and aging module which had 8th Gen Intel chips. The specs and price tags remain a mystery, but it is a rather cool idea, particularly for those who are trying to be a little more environmentally friendly.

The Surface Hub 2 and its accessories are aimed at enterprise customers, who are likely to be looking for ideas as they wash their company with a liberal coating of green.

The largest Surface available for an average consumer is the 15-inch Surface Laptop 5, and the only module you can replace as easily as the compute module in the Surface Hub 2 is the built-in SSD.

Last modified on 07 December 2022
Rate this item
(1 Vote)
Tagged under
More in this category: « Xiaomi might get into PCs Micron releases 2550 NVMe SSDm »
back to top