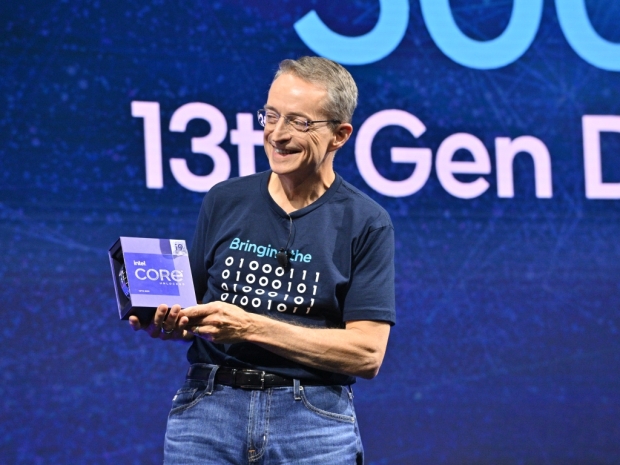 The new 13th Gen Intel Core family includes six new unlocked desktop processors with up to 24 cores and 32 threads and blazing clock speeds up to 5.8 GHz for the gaming, streaming, and recording.

Led by the launch of the Intel Core “K” processors, the 13th Gen Intel Core desktop family will consist of 22 processors and more than 125 partner system designs.

Intel executive vice president and general manager of the Client Computing Group Michelle Johnston Holthaus said the 13th Gen Intel Core family was the latest example of how Intel is enabling amazing experiences to happen on the PC – at scale and across all PC product segments.

“Combine this with an industry-leading partner ecosystem and new solutions like Intel Unison, and together we are showing the world what’s truly possible with the PC experience going forward.”

Intel’s claims to have brought in the fastest Performance-cores (P-core) ever built along with up to double the number of Efficient-cores (E-core). We were always rubbish at PE at school so this did not mean much to us, but new Core i9-13900K apparently has up to 24 cores (8 P-cores, 16 E-cores) and 32 threads. Intel said that it can manage 5.8 GHz and 15 per cent better single-thread performance and it can push high frame rates.

Intel’s Extreme Memory Profile (XMP) 3.0 ecosystem provides a wide selection of overclocking modules. When coupled with Intel Dynamic Memory Boost, this is supposed to provide a hassle-free memory overclocking experience with DDR4 and DDR5. The DDR4 comment mention is a dig at AMD which is only offering its new generation of chips with more expensive DDR5. 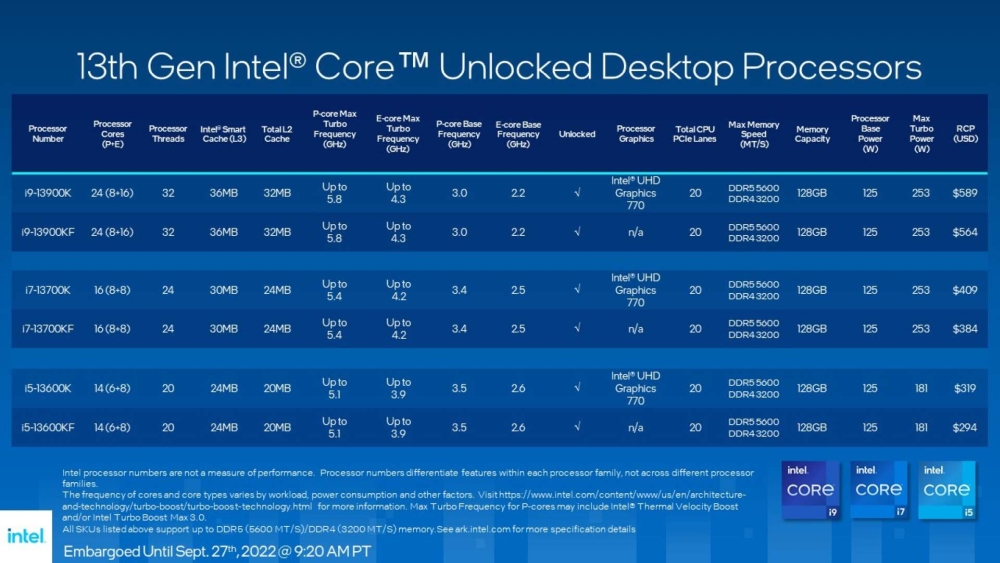 Last modified on 28 September 2022
Rate this item
(3 votes)
Tagged under
More in this category: « AMD Ryzen 7000 series CPU reviews are out Tesla's new supercomputer caused power cut in Palo Alto »
back to top