No, Apple does not let you “upgrade” its Studio 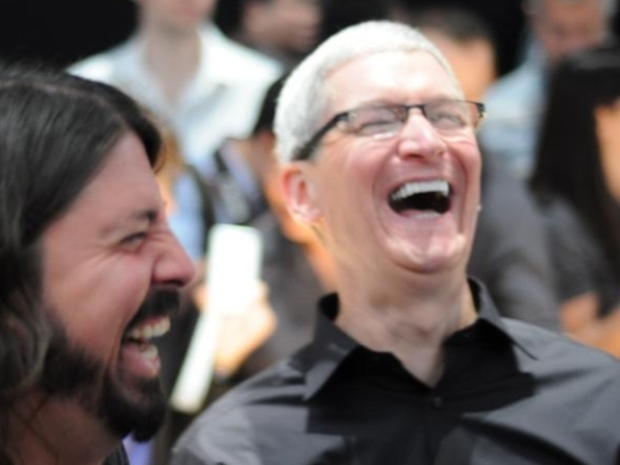 In glorious Apple universe, initiative is blocked at the software level

Apple fanboy’s rejoiced this week when it was revealed that the new overpriced Studio might allow them to replace the hard-drive.

Someone voided the warranty of their computer and discovered that unlike most Apple kit which is soldered down to prevent anyone from replacing anything with something better, bigger and cheaper,. The SSD is not and theoretically can be replaced by any user armed with nothing more than opposable thumbs (challenging in the Apple community but not impossible to find).

Initial teardowns suggested that the Mac Studio's storage could be upgradeable. Each Mac Studio contains two internal SSD slots, and the SSDs themselves can be freely swapped between the connectors.

While most PC owners might wonder what the big deal is, after all, they have the freedom to upgrade their hardware whenever they like, Apple users are a bit like citizens of the Soviet Union who have discovered that after years of autocratic control they are suddenly free to listen to a Motorhead album without the KGB breaking down their door.

Unfortunately, it looks like the story is only partly true. Yes, Apple fanboy you can take your SSD out, but in glorious Apple land you may not put an SSD of your choice under the bonnet. This is because the glorious Apple coders, who cannot write software that tells the time, are apparently very good at writing code that rejects hardware that has not been blessed by the ghost of Steve Jobs.

Mac Studio recognises the SSD, but Apple's software prevents it from booting, suggesting that this is a conscious decision by Apple to prevent users from upgrading their storage themselves.

To be fair, Apple never told its users they would be allowed to upgrade their SSD, and on their website even said that the Mac Studio's SSD storage is "not user accessible."  It seems a bit unfair for users to expect a company that thrives on providing overpriced tech for those who don't know a thing about computers to suddenly start allowing them to make decisions. After all most of them still live with their mothers.

Last modified on 23 March 2022
Rate this item
(1 Vote)
Tagged under
More in this category: « Third generation Optane on the way Acer Swift X laptops with Intel Arc A370M GPU spotted for pre-order »
back to top