Intel says it can make better chips than Apple 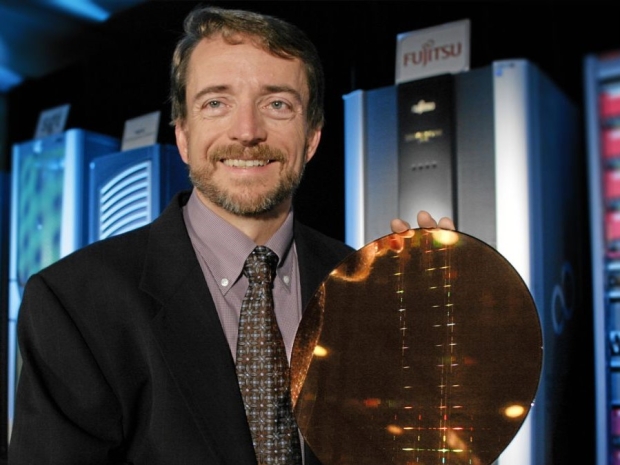 Will win the company back

The Tame Apple Press is furious with Intel’s Kicking Pat Gelsinger after he dared to point out that Intel could make better chips than the fruity cargo cult.

A particularly smug member of the Apple Press core asked Gelsinger if the company had “given up” on ever getting a Mac running on Intel processors in the future. The answer he got back was not what he expected, with Gelsinger saying he would win back this segment of Apple’s business over time by outcompeting the company in chipmaking.

He said that Intel would win back Apple’s business by making better chips than Apple:

Gelsinger said: “I never give up on the idea of anything not running on Intel chips. And, you know, hey, you know, our stumbles, you know, Apple decided they could do a better chip themselves than we could. And, you know, they did a pretty good job. So what I have to do is create a better chip than they can do themselves. I would hope to win back this piece of their business and many other pieces of business over time. And in the meantime, I got to make sure that our products are better than theirs, that my ecosystem is more open and vibrant than theirs, and we create a more compelling reason for developers and users to land on Intel-based products. So, I’m going to fight hard to win Tim’s business in this area.”

The Tame Apple Press said that Intel had a lot of catching up if it wanted to catch up to Apple. It claimed - without citing sources - that benchmarks revealed that the MacBook Air with an M1 chip and a starting price of $999 outperforms a maxed-out Intel-based 16-inch MacBook Pro priced at $2,999.

Given there has not been a maxed-out Intel-based 16-inch MacBook Pro since 2020, the Tame Apple Press is comparing its favourite company’s chip with something that Intel made three years ago.

“In the meantime, Intel has been running ads promoting Windows PCs over Macs, and it even recruited former “I’m a Mac” actor Justin Long for the campaign”, spat one Apple fanzine before providing Apple with an extended advert for its latest MacBook Pro.

While Apple’s chip is “not bad”, part of its success is that it uses a better process technology that Intel dropped the ball on. Gelsinger's other problem is that for Apple to change its mind, it would have to admit it was wrong and its own chip was not really the best thing since sliced bread.

Last modified on 18 October 2021
Rate this item
(6 votes)
Tagged under
More in this category: « Commodore 65 finally might be released Apple’s new machines skimp on HDMI »
back to top