Gateway comes back from the dead 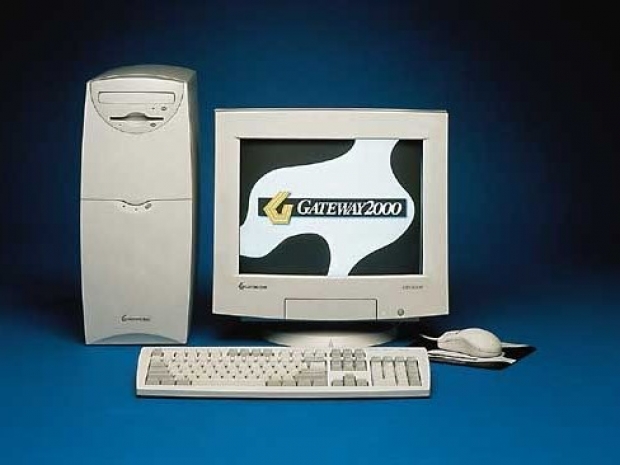 Acer and Walmart announced they were reviving the Gateway brand to sell affordable Windows 10 notebooks and laptop convertibles from $179 and up.

For those who came in late or had forgotten,  Gateway was once a major PC vendor in the US, especially during the 1990s when it famously sold computers packaged in cow spotted boxes.

The outfit ran into trouble and began to falter in the 2000s, resulting in Taiwanese PC vendor Acer later buying it up. Acer has now decided to bring back Gateway, calling it a "beloved" brand in the US. And to market the products, the company has resurrected the cow spotted box logo.

According to Acer, the products are designed for everyday consumers, students and "creators", who pump out content or graphic designs. The hardware will also feature processors from either Intel or AMD, and come fitted with 1080p screens.

Gateway PCs span nine different notebook models. At the low-end is the "11.6-inch Ultra Slim" laptop, which retails for $179, and contains 4GB of RAM and 64GB of storage. At the high-end, you can buy the "Gateway Creator Series 15.6-inch Performance Notebook", which has an Intel 10th Gen Core i5-10300H processor, an NVIDIA 2060 RTX graphics card, 256GB of SSD storage and 8GB of RAM.

Last modified on 14 September 2020
Rate this item
(0 votes)
Tagged under
More in this category: « ARM sold to Nvidia for $40 billion 2025 will be the year of quantum on the desktop »
back to top