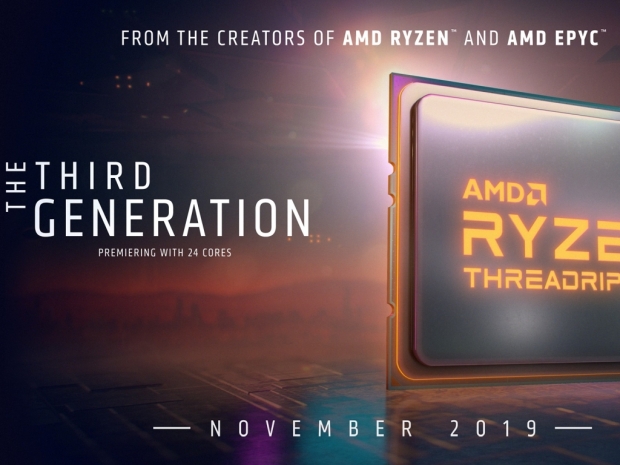 AMD has released an update regarding its future CPU releases, including the 16-core/32-thread Ryzen 9 3950X as well as the new 3rd gen Threadripper CPU series, both of which will be debuting in November.

According to the latest update from AMD, the long-awaited 3rd generation Threadripper CPUs, based on Zen 2 CPU architecture, will be launching in November.

AMD was keen to note it is facing strong demand for its 3rd generation Ryzen CPUs, which had an impact on its launch plans, pushing the launch of Ryzen 9 3950X back from this month to November.

While AMD did not share a lot of information regarding its upcoming 3rd gen Threadripper lineup but earlier leaks and rumors showed impressive single- and multi-core peformance.

There has been information that AMD is working on no less than three different chipsets, TRX40, WRX80, and TRX80, all targetting different market segments and featuring different I/O configuration, memory support, and a number of PCIe lanes.

AMD update did reveal an important piece of information, suggesting that the 3rd gen Threadripper lineup will premier with 24-cores. This is somewhat a surprise, but it could have something to do with the strain the company is facing with high demand, as it is sensible to focus on consumer CPUs which sell in volume, rather than enthusiast CPUs like the Threadripper series.

In case you missed it earlier, 3rd generation Threadripper can scale up to 64-cores, as it is possible with Zen 2 architecture. Of course, this does not mean that AMD will not release other 3rd gen Threadripper SKUs with higher core count down the line, and the 64-core/128-thread one could happen.

Nevertheless, 3rd generation Ryzen Threadripper CPUs will be coming in November and we are looking forward to seeing how much performance does it pack under its big IHS. 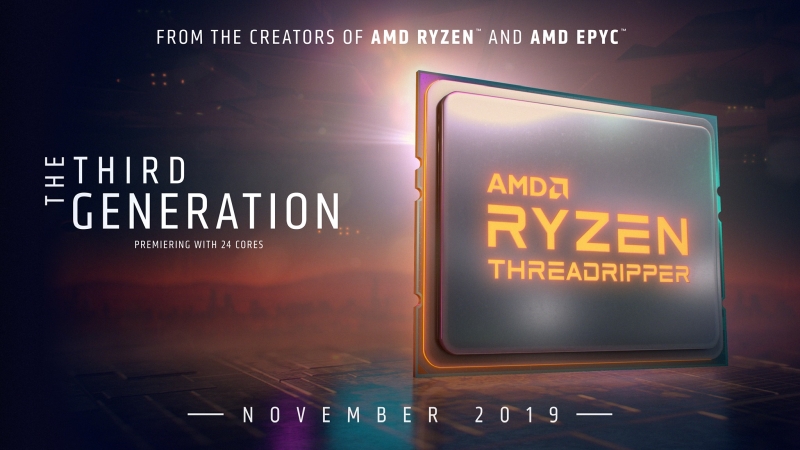 Rate this item
(4 votes)
Tagged under
More in this category: « First Intel Core i9-10900X benchmark leaks AMD's Ryzen 9 3950X gets pushed to November »
back to top