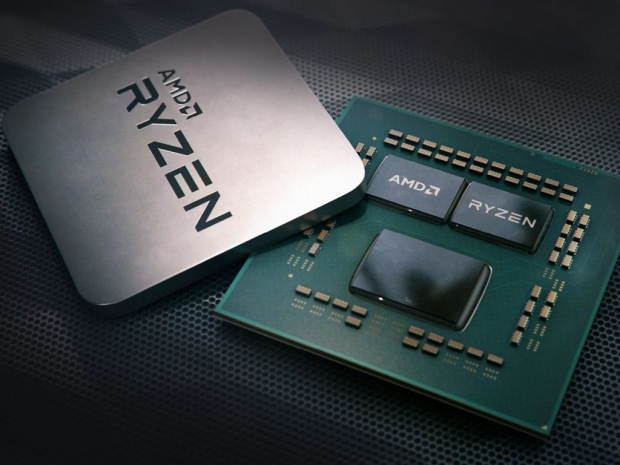 At its Computex 2019 keynote, AMD has unveiled the new 3rd generation Ryzen desktop CPUs based on the 7nm manufacturing process and the new Zen 2 architecture, promising up to 15 percent IPC increase over first-generation Zen architecture and coming on July 7th, with five SKUs for starters.

In terms of sheer architectural gains, the 3rd generation Ryzen desktop CPUs with Zen 2 architecture promise a 15 percent IPC uplift compared to the previous generation, as well as double the cache size with reduced memory latency for gaming and double the floating point performance that should increase performance in "creative workloads".

The new Zen 2-based Ryzen desktop CPUs will be made on TSMC's 7nm manufacturing process and use AMD's new chiplet design, with up to two 8-core Zen 2 chiplets, and a 14nm I/O controller die with dual-channel DDR4 memory controller, PCIe 4.0 root complex, and other connectivity. 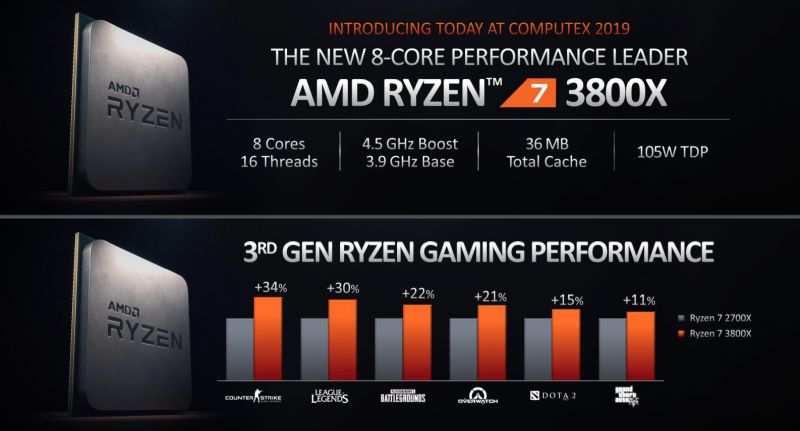 The most interesting SKU in our book is the Ryzen 7 3700X, an 8-core/16-thread SKU with 36MB of total cache, 3.6GHZ base and 4.4GHz Boost clocks, and a lower 65W TDP. According to AMD, it should provide similar single-thread performance as the 95W Core i7-9700K but outperforming it in multi-thread by 28 percent. 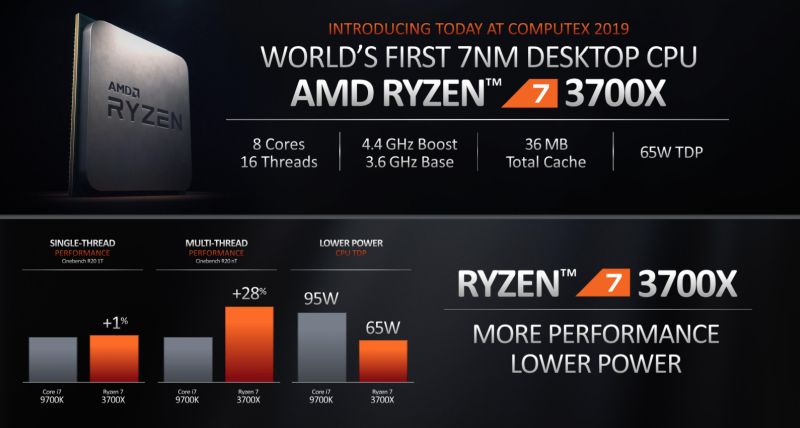 At the same event, AMD also unveiled its first Radeon RX 5000 series GPUs based on Navi GPU architecture and PCIe 4.0 support, as well as the new X570 chipset, which will be the first to support PCIe 4.0.

All new 3rd gen Ryzen desktop CPUs will work on AMD's AM4 300- and 400-series chipset motherboards, with the exception of the A320, as well as new 500-series ones, and it will be interesting to see how well will these do in other benchmarks. 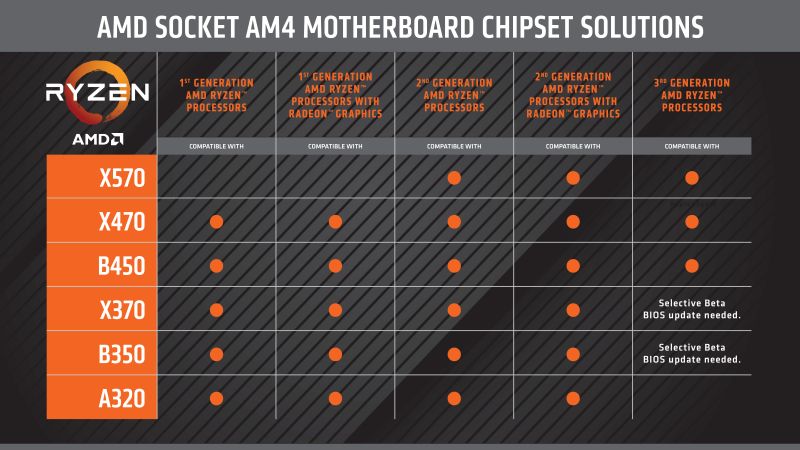 AMD puts lots of pressure on the competition with aggressive pricing

AMD keeps delivering on its roadmap promises and while it might not go for Nvidia's throat in the high-end GPU market with Navi-based RX 5000 series, it is definitely pushing hard against Intel in the CPU market, and it looks good.

Last modified on 27 May 2019
Rate this item
(5 votes)
Tagged under
More in this category: « Lenovo showcases a 5G Snapdragon 8cx PC AMD confirms 3rd gen Threadripper CPUs are coming »
back to top