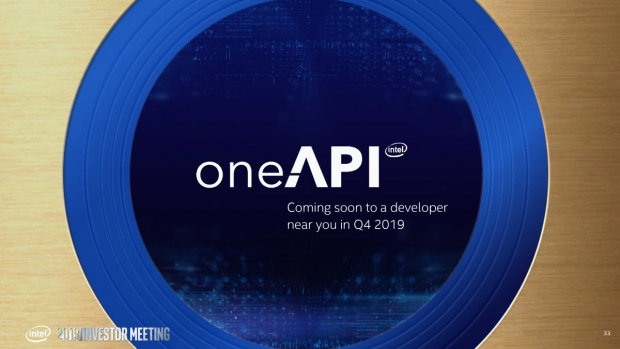 It is easy to forget about the software behind the hardware that everyone gets excited about, but without drivers, OS, and general API support, there would not be any platform.

Raja Koduri the Chief Architect, and SVP of Intel architecture, graphics and software, has presented the software leadership part of Intel’s long term roadmap. It was interesting that the software leadership team including some senior staff who are with Intel for more than 25 years said that this is the first time that Intel chose to talk to investors about software. Raja called it what it was, a huge change.

Raja’s favorite example is the deep learning boost where Intel engineers managed to increase 28x times with hardware and software compared to a 1x based level with hardware only. This is a mind-blowing example of how things can get faster as long as the company understands and optimizes for the workload. Intel's software team accomplished this improvement in 12 to 18 months in a data center world from Skylake to top Cascade lake hardware, and the 28x boost would not be possible without great software support.

The complexity of software behind hardware

For every magnitude of performance from new hardware, here is often >2 orders of magnitude unlocked by the software. Raja Koduri

The competitive software differentiator showed, and the graph showed impressive per core advancements including 10.3X in deep learning, 2X in networking, 2.5X in content creation, 2.1X in Java, 1.9 in data analytics, 1.9X in high performance compute, 1.7X in web browsing, 1.6X in productivity, and 1.4X in gaming. 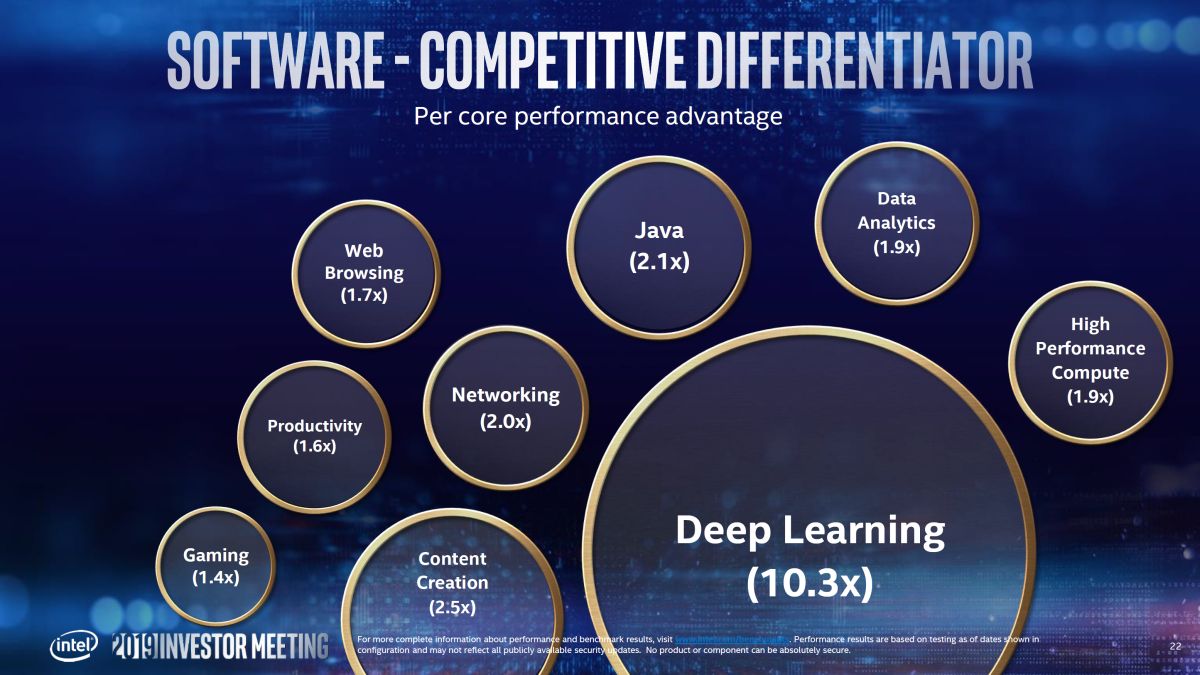 Raja mentioned that other companies are happy and write a press release when they optimize any of these vectors by 10 percent. We will leave it to your imagination which of those companies he had in mind.

With over 15,000 software engineers and modifying over half million lines of code each year, number one contributor to Linux kernel. A whopping 12 million developer ecosystem revolves around Intel software.

Intel already said in December of 2018 that the future is in a diverse mix of Scalar, Vector, Matrix and Spacial architecture deployed in CPU, GPU, FPGA and Accelerator sockets.

The new API design goals included simple easy to use, open and one developer experience pillars and Raja was happy to report that OneAPI is scheduled to launch in Q4 2019.

Customers and developers have seen the specs and are excited about it, and Q4 2019 is the timeframe where developers get their hands on the OneAPI. The recent API efforts look like a huge step and advantage over the competition.

Last modified on 10 May 2019
Rate this item
(2 votes)
Tagged under
More in this category: « Biostar shows off A68N-2100E SoC motherboard AMD Zen 2-based 3rd gen Ryzen ES chip spotted »
back to top