Linux 5 is now out 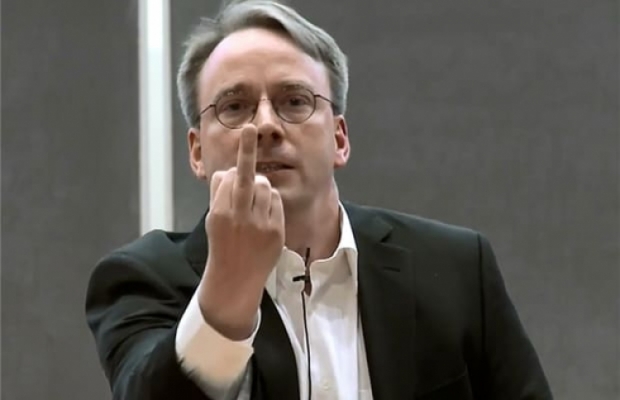 Nothing special Torvalds just ran out of fingers and toes

Linux 5.0, the first major milestone release of the open-source Linux kernel in 2019, has been launched.

Linux 5.0 is the first version of the kernel since April 2015, when Linux 4.0 was released, with a significant latest version number.

Linux creator Linus Torvalds doesn’t appear to be particularly excited and does not see a specific significance in reaching the big 5.0.

IT’s “Mr Sweary” said the numbering change was not indicative of anything special.

Torvalds wrote in Linux Kernel Mailing List (LKML) message saying: . "If you want to have an official reason, it's that I ran out of fingers and toes to count on, so 4.21 became 5.0."

The Linux kernel is the core set of capabilities that enable a Linux operating system, including CPU, memory, networking and storage drivers. Linux 5.0 follows the Linux 4.20 kernel release, which became available in December 2018 as the sixth major kernel update for Linux in 2018. Development for the Linux 5.0 kernel included eight release candidates, beginning with the first release candidate in January.

Among the new features in Linux 5.0 is support for the Adiantum encryption system, developed by Google for low-power devices. Google's Android mobile operating system and ChromeOS desktop operating system both rely on the Linux kernel.

Memory management in Linux also gets a boost in the 5.0 kernel with a series of improvements designed to help prevent memory fragmentation, which can reduce performance.

"Given sufficient time or an adverse workload, memory gets fragmented and the long-term success of high-order allocations degrades", Linux developer Mel Gorman wrote in his code commit message.

Improved graphics support includes variable refresh rates (VRR), which is a feature that is available on modern display hardware.

Linux 5.0 also will help to improve container security with a series of patches and improvement to the seccomp engine.

With Linux 5.0 now generally available, Torvalds is already turning his attention to the next kernel release.

"Anyway, with this, the merge window for 5.1 is obviously open, and I'm happy to see that I already have several early pull requests, which I'll start processing tomorrow", Torvalds wrote in his release announcement for Linux 5.0.

Last modified on 05 March 2019
Rate this item
(0 votes)
Tagged under
More in this category: « AMD Ryzen 3000 series gets leaked online Microsoft is making a Chrome OS-like version of Windows »
back to top