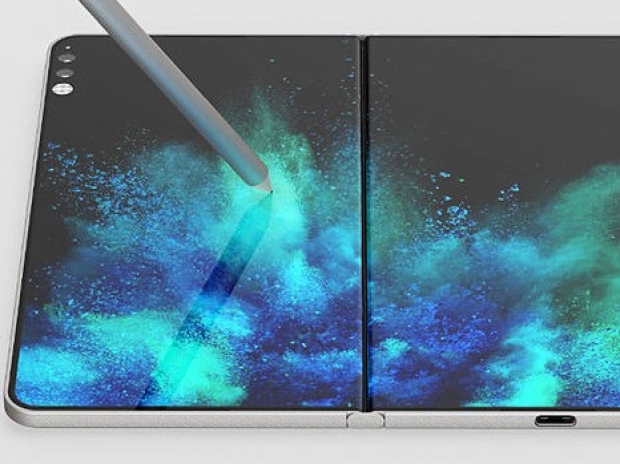 In time for Apple to invent two years later

The company, which brought the world the tablet and the touchscreen smartphone, is working on adapting Windows to work on foldable devices.

According to the Verge  Microsoft is making foldable devices and dual-screen hardware a big investment area for both Windows and Surface. This investment includes adapting Windows itself and its many built-in apps to work across foldable displays and devices with dual screens.

Vole has been experimenting with its hardware with dual-screens, code-named Andromeda; the company has also been working with Intel and other OEMs to be ready for the next few years of experimentation.

Most of this work is related to Microsoft’s Composable Shell (C-Shell) and Windows Core OS, a more modular version of the existing Windows Shell that powers many parts of Windows 10 today.

The first Windows 10 build (rs_shell_devices_foldables) designed for foldable devices was spotted earlier this week, revealing that Microsoft has a dedicated team working on adapting its Windows shell for this new hardware. This should come as no surprise to many Windows watchers, as Microsoft has been gradually integrating more of its dual-screen work into early Windows 10 builds in recent months.

We’ve only seen Microsoft’s secretive Windows Core OS work appear on devices like the Surface Hub 2 so far, but hardware like HoloLens 2 should also start to reveal more of how these new modular Windows push will play out. Dual-screen and foldable devices won’t be limited to Intel, either. Expect to see a range of devices from PC makers that include ARM-powered chips.

Last modified on 16 January 2019
Rate this item
(0 votes)
Tagged under
More in this category: « AMD has no plans to use chiplet design for next-gen APUs Western Digital unveils new SN750 series NVMe SSDs »
back to top