Alienware Area-51m is rather cool 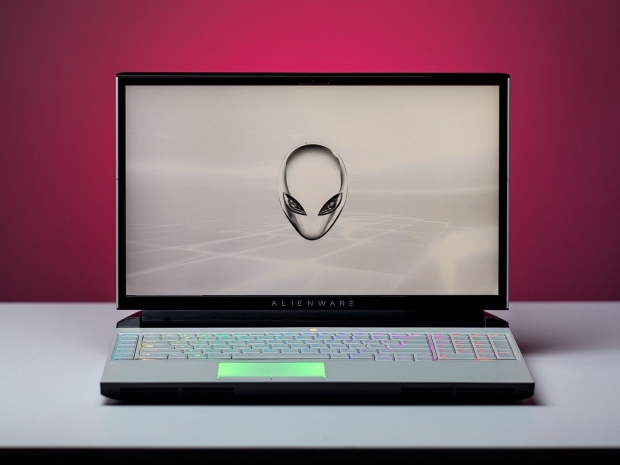 Tin box shifter Dell has unveiled its latest desktop-replacement class notebook, the new Alienware Area-51m which is more of a desktop in a laptop.

Unlike most other notebooks, Area-51m is being offered with desktop class hardware including Intel's Core i9-9900K and Nvidia's GeForce RTX 2080.

The Area-51m also supports up to 64GB of RAM via quad SO-DIMM slots, multiple NVMe M.2 solid state drives and a SATA drive can be installed, and numerous 17.3" display options will be available as well, including a 144Hz IPS G-SYNC model.

The Alienware Area-51m is also upgradeable, thanks to the use of socketed desktop processors and a custom GPU module.

The machine comes in two colour options, Lunar Light and Dark Side of the Moon (we guess the latter is only for Chinese Pink Floyd fans)

Alienware co-founder Frank Azor told The Verge that the Area-51m was designed to usher in both a new era for the longtime gaming PC company as well as the PC gaming world at large.

“We told our engineers, ‘‘Go build us a monster, and see what you can do.’ And they came back with the Area-51m. This is absolutely not a mass-market machine”, said Azor.

Due to the customisable nature of the Area-51m, you can technically slot in any Intel chip that’s compatible with Intel’s Z390 chipset, and the graphics card is theoretically user-upgradable as well.

However Alienware is using its proprietary Dell Graphics Form Factor (DGFF) cards for GPUs in the Area-51m, and since neither Nvidia nor AMD has promised that they’ll make future chips compatible with that format, Alienware can’t promise future upgrades either. The company thinks it’s likely that future GPUs will be small enough and draw little enough power to fit on a DGFF board, but it can’t say for sure.

Battery life is also pretty pants too. The company expects “a few of hours” of regular usage, and “45 minutes, maybe” while actively gaming. The Area-51m has a 90Wh battery, one of the largest you can carry onto an aeroplane, and still needs two power adapters to run at full speed. There is a smaller 180W adapter, which is designed to be more portable if you’d like to take your laptop on the go, and you don’t need maximum performance; and a choice of either a second 180W charger, a 240W charger, or a 330W charger depending on your choice of graphics card.

All this starts at $2,549, which is just the starting price you’ll pay for the first available configuration on 29 January 2.  That gets you an Intel Core i7-8700 processor, RTX 2070 GPU, 1TB hard drive, 8GB of DDR4 memory, and a 1080p 60Hz screen. It’s by no means the full capability of the Area-51m, but the beauty of what Alienware has built here means that, with the possible exception of the display, all of those components are upgradable down the line should you need more power in the future.