TSMC could be about to replace Intel 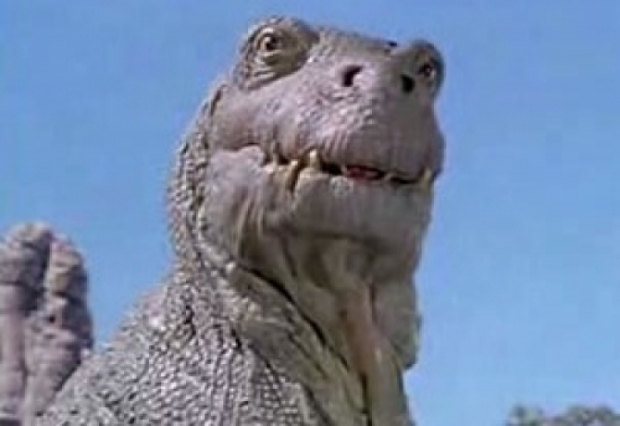 Bloomberg’s thinks Chipzilla will go the way of the dinosaurs

The days of Intel dominating chipmaking is now under threat from a company many Americans have never heard of – TSMC.

To be fair that is not a particularly high standard, Americans have not heard about a lot of things, and a large percentage think that the world is flat and was created 6000 years ago by an invisible being who planted dinosaur bones to mess with our minds.

But according to Bloomberg TSMC’s threat to Intel is a sea change in chipmaking that’s seen one company after another hire TSMC to manufacture the chips they design.

TSMC has shedloads of customers, including Apple and Qualcomm, AMD, and small players such as Ampere Computing. The explosion of components built this way has given TSMC the technical know-how needed to churn out the smallest, most efficient and powerful chips in the highest volumes.

It’s been a decade since Intel faced major competition and its 90 percent revenue share in computer processing will again deliver record results this year.

However, some people in Wall Street have been looking into their coffee dregs and are concerned because TSMC has a real chance to replace Intel as the best chipmaker in the business.

Last year, the Taiwanese company amassed a more significant market value than its US rival for the first time.

What is worrying is that the largest internet companies will start making their chips. This week, Amazon.com Inc., the biggest cloud-computing company, announced its first in-house server processor. The Graviton is manufactured by TSMC, and it supports an updated version of an Amazon cloud service that’s more than 40 percent cheaper than a similar offering powered by Intel chips.

Without TSMC’s capabilities, Amazon wouldn’t have the option to go it alone, according to Matt Garman, a vice president of Amazon Web Services. “More competition in this space is great”, he said.

Intel was the first to use 14-nanometer technology at scale in 2013, according to Goldman Sachs. It won’t have 10-nanometer ready for prime time until the end of 2019 -- by far the longest wait in its history. TSMC has gone from 20-nanometer to 7-nanometer production at the same time.

AMD Chief Executive Officer Lisa Su lets TSMC handle the tricky production and thinks that is one of the best decisions the company made.

“It allows us to manage risk and focus on the things that make the product great.”

Su is now telling investors and customers that its new chip designs will surpass those from Intel. TSMC makes this competition possible, even though AMD has about a tenth of Intel’s workforce and R&D budget.

Navin Shenoy, head of Intel’s server division, argues nanometer-based production measures have never been the only factor of success, although the company liked to talk about this more in the past. Intel’s near-term solution is to design better chips using the old production technology.

“I’m confident that we’re going to deliver what our customers care about, which is system performance", he said.

While Intel still outguns TSMC in capital spending on new plants and equipment, the tables are turned when you combine the research budgets of TSMC customers like Qualcomm, Apple, Nvidia and Huawei.

According to Goldman Sachs, the combined budgets of TSMC’s customers are not only larger than Intel, but the gap is increasing. By 2020, they will spend almost $20 billion, according to its estimate, at least $4 billion more than Intel.