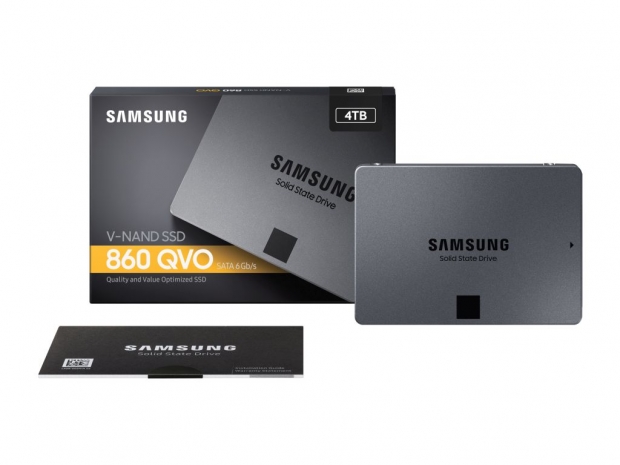 Samsung has officially announced its new 860 QVO SSD lineup based on 4-bit QLC (Quad Level Cell) NAND and Samsung's own MJX controller, which finally brings affordable SSD to the market, putting a lot of pressure on HDDs with 1TB, 2TB, and 4TB capacities.

According to Samsung, the combination of the QLC NAND and its own MJX controller should bring the same level of performance as 3-bit MLC-based SSDs but at an affordable price point. Bear in mind that this is the first QLC-based 2.5-inch SATA SSD series.

The Samsung 860 QVO SSD lineup uses TurboWrite technology, featuring write buffer that should provide a significant performance boost in write performance. According to Samsung, it peaks at 42GB for the 1TB model and 78GB for 2TB and 4TB models.

According to Samsung, the suggested retail price is $149.99 for the 1TB model, $299.99 for the 2TB, and $599.99 for the 4TB model. These prices put the Samsung 860 QVO SSD series at around 15c/GB, a somewhat lower price compared to high-capacity TLC drives. The Samsung 860 QVO 1TB model should be available in mid-December while other two higher capacity models will be coming at a later date. 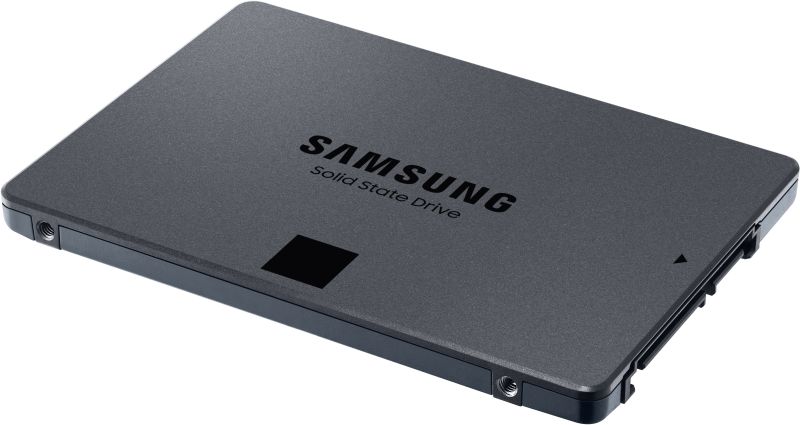 Last modified on 28 November 2018
Rate this item
(0 votes)
Tagged under
More in this category: « AMD bundles Wraith Max cooler with 2600X and 2700 TSMC could be about to replace Intel »
back to top