Apple’s super security chip is all about lock downs 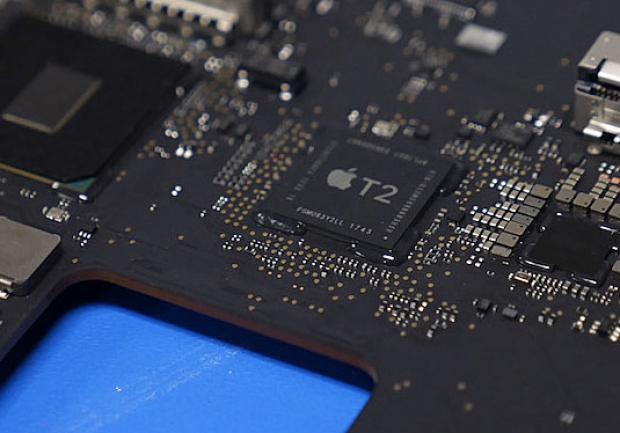 The Tame Apple Press has made much ado about the fruity cargo cult Apple’s super cool game-changing T2 security chip which is supposed to make Macs like Fort Knox.  But according to the Verge, the T2 chip is a nasty bit of DRM whose main job is to lock down Apple devices from third-party repair services.

iFixit CEO Kyle Wiens has warned that the T2 is "a guillotine that Apple is holding over" product owners.

It's the key to locking down Mac products by only allowing select replacement parts into the machine when they've come from an authorised source -- a process that the T2 chip now checks for during post-repair reboot.

"It's possible the goal is to exert more control over who can perform repairs by limiting access to parts", Wiens said.

Wiens thinks that this could be an attempt to grab more market share from the independent repair providers. Or it could be a threat to keep their authorised network in line.

Apple confirmed to The Verge that this is the case for repairs involving specific components on newer Macs, like the logic board and Touch ID sensor, which is the first time the company has publicly acknowledged the tool's use.

But Apple could not supply a list of repairs that required this or what devices were affected. It also couldn't say whether it began this protocol with the iMac Pro's introduction last year or if it's a new policy instituted recently.

An internal Apple document leaked last month showed the T2 chip could make a computer inoperable if, say, the logic board is replaced unless the chip recognises a special piece of diagnostic software has been run.

That means if you wanted to repair certain vital parts of your MacBook, iMac, or Mac mini, you would need to go to an official Apple Store or a repair shop that's part of the company's Authorised Service Provider (ASP) network.

If you want to repair or rebuild portions of those devices on your own, you just can't -- at least, according to this document. The parts affected, according to the report, are the display assembly, logic board, top case, and Touch ID board for the MacBook Pro, and the logic board and flash storage on the iMac Pro. It is also likely that logic board repairs on the new MacBook Air and Mac mini are affected, as well as the Mac mini's flash storage. The document, which is believed to have been distributed earlier this year, does not mention those products because they were unannounced at the time. Regardless, to replace those parts, a technician would need to run what's known as the AST 2 System Configuration suite, which Apple only distributes to Apple Stores and certified ASPs.

So what do you get from this super-security T2 chip? According to Apple T2, which explained how it features hardware prevention of microphone eavesdropping. Even if the function works, one has to wonder how often does someone want to hack your computer’s mike and how often are you going to need to repair your Mac?

Last modified on 13 November 2018
Rate this item
(0 votes)
Tagged under
More in this category: « Short supply of Intel chips causes problems in Taiwan Magnetism control might reduce power in chips »
back to top