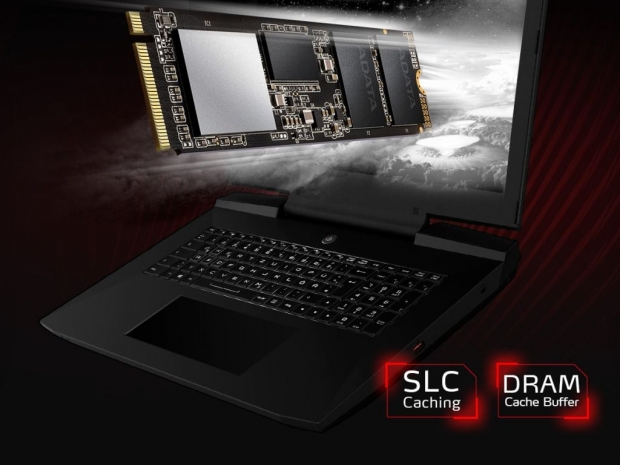 The maximum 4k random read and write performance peaks at up to 390K and 380K IOPS, respectively. It also comes with NVMe 1.3 support and features SLC aching, a DRAM Cache buffer, E2E Data Protection, and LDPC ECC. The XPG SX8200 Pro is backed by a 5-year warranty.

In addition to the XPG SX8200 Pro SSD, ADATA also unveiled a couple of new products in its GAMMIX series, including the XPG GAMMIX S5 PCIe Gen3x4 M.2 2280 SSD. It also features support for NVMe 1.3, comes with a built-in heatsink and will offer sequential read and write performance of up to 2,100MB/s and 1,500MB/s, respectively. It also features HMB (Host Memory Buffer) and SLC caching features and will be available in 256GB, 512GB, and 1TB capacities.

ADATA also added the new XPG GAMMIX D30 module to its memory lineup, which comes with a wing-shaped heatsink design, and will be available in various module capacities and speeds reaching from 2,666MHz to 4,600MHz.

According to ADATA, both the XPG SX8200 Pro and the XPG GAMMIX S5 SSDs will be available during this month while the XPG GAMMIX D30 DDR4 memory will come in November. Unfortunately, ADATA did not provide any details regarding the price.