Why the “post-PC” era never happened 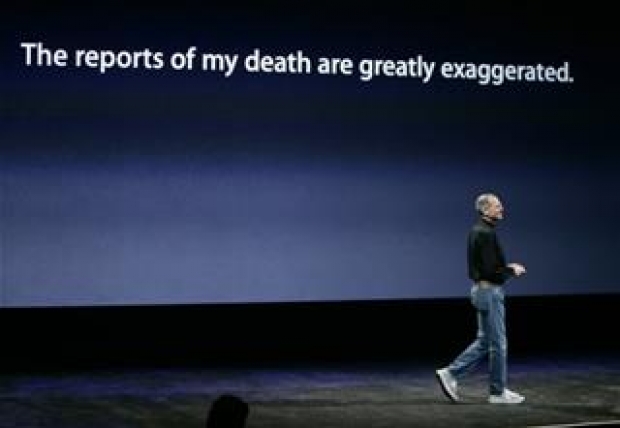 Ever get the impression you have been lied to?

In 2007 Steve Jobs announced that humanity had entered the “post PC era” and that the world would be completely mobile.

Like many things this was marketing spin designed to look like Jobs’ legendary “vision” while peddling Jobs’ touch screen smartphones. While the world did become more mobile, the post-PC era never arrived.

In fact, it does not look like it will in the near- to medium- term future. Tablet sales have tailed off and smartphone have levelled off. Meanwhile the PC is still with us.

Tablets did put a ding in PC sales, but only in several such as real estate and construction. While PC sales aren't exactly surging they're steady. Business people still carry around a smartphone and a laptop. A tablet is being used as an ancillary device, used primarily for media/content consumption. Phablets managed to remove the need for you to carry two devices.

So what went wrong?

Firstly, the tablet and smartphones were never going to kill off the PC. Jobs did a good job of convincing people that would happen, but it really couldn’t. People found a use for mobile gear alongside their existing PCs. PC power was still needed for serious work and you needed bigger screens to see the fine print of life.

Jobs knew that you could create a fad which - if you were lucky - would become established, and smartphones did, tablets less so, but at the end of the day people still had to type documents, do number crunching and process higher level graphics. Mobile is good at communication, but it is not so hot at these things and it is not going to be for a long time.

The bottleneck is no longer bandwidth. In fact 5G will probably give users all the bandwidth they are going to need for a few decades. Instead mobile requires devices to be small while paradoxically able to see the screen. This smallness precludes any of the power needed to do some of the things users want.

In the decades I have been writing about computers there has been a movement to dumb terminals and shifting processing power to the network. Yet this never really happened. The result ended up too slow for users or required dumb terminals which, though more stupid than a PC, were brighter than they should be and ended up being the same cost as PCs.

Cloud based OS hardware like Chromebooks are based on this concept. While they have a use, take up has been limited because they act like a giant screen mobile phone rather than a PC. To make matters worse they are not truly dumb, and a lot of processing is done on the client side. Like dumb terminals they are not cheap enough, or come with hidden networking costs), to be much different than a PC.

So, the Tame Apple Press would ask" “If Steve Jobs told us lies, then why did PC sales slump and never truly pick up?”

The answer to that was partly economic and partly technological. Technology-wise, PCs were a victim of their own success and brilliant design. They were essentially modular and if something went wrong it could be usually replaced or upgraded cheaply without having to replace the whole PC. I realised that the PC which I finally retired this year was ten years old but had nearly all its components including the motherboard replaced. In fact, the processor was the least upgraded part of the PC and that only once when I did the motherboard. As far as the statistics were concerned though it was one PC I had bought in ten years.

Laptops tend to have a harder life and during the same period I have owned three and they are mostly used by my wife, who is out and about more than me.

The slump in PC sales started during the economic crisis. Firms decided they would only upgrade when necessary which in the case of stationary PCs did not have to be at all. What was the difference between a 2.3(Ghz) Windows 7 machine and a 3 (Ghz) Windows 10 machine? Some machines were upgraded with new GPUs and CPUs but they were not totally replaced and sales would have been unrecorded.

Laptop replacement would have followed the usual three year cycle and these figures would make up the bulk of PC numbers.

Meanwhile the tablet and smartphone craze continued and seemed to fill any gaps from not upgrading.

So far nothing in the post-PC era shows that static PCs are going away, or companies are not going to need laptops. Perhaps it is time that instead of calling Jobs a “visionary” we start calling him for what he was a “marketer”.