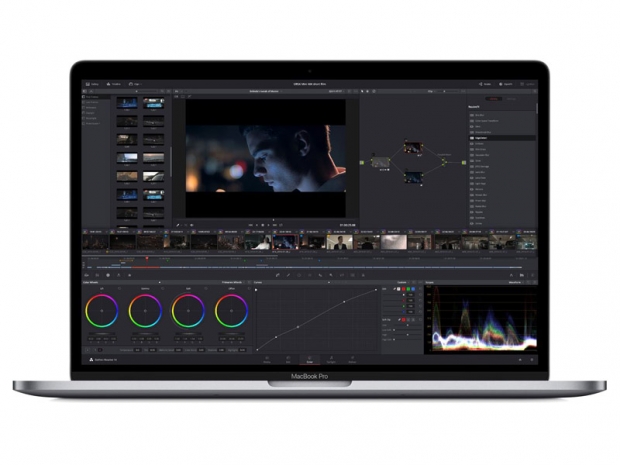 In 2016, when Apple introduced the first MacBook Pro with Touch Bar models, the repair experts at iFixit warned that the expensive notebooks have non-removable SSDs, soldered to the logic board, prompting concerns that data recovery would not be possible if the logic board failed.

The Tame Apple Press confidently reported that Jobs’ Mob had a special tool for 2016 and 2017 models of the MacBook Pro with Touch Bar that allows Genius Bars and Apple Authorised Service Providers to recover user data when the logic board fails, but the SSD is still intact.

However the dark satanic rumour mill has suggested that the tool does not work with the latest models.

iFixit’s completed a teardown of the 2018 MacBook Pro, discovering that Apple has removed the data recovery connector from the logic board on both 13-inch and 15-inch models with the Touch Bar.

This makes it impossible to use Apple’s Customer Data Migration Tool = something that MacRumors has confirmed.

If the notebook is still functioning, data can be transferred to another Mac by booting the system in Target Disk Mode, and using Migration Assistant, which is the standard process that relies on Thunderbolt 3 ports.