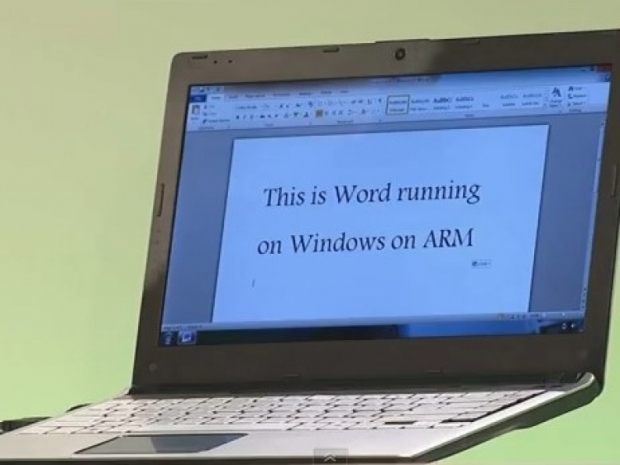 Removes one of its biggest drawbacks

Microsoft is expected to make an announcement that it has sorted out the problem which prevents Windows on Snapdragon platform from running 64-bit apps.

The company's general manager for Windows Erin Chappie told Engadget that an SDK for ARM64 apps will be announced at the upcoming May Build developer's conference. This is the first indication that Vole is pressing ahead with the issue, although Microsoft has said on multiple occasions that it intends to eventually offer that support.

With the new SDK, developers could natively recompile their apps to run in 64-bit on ARM-based PCs like the ASUS NovaGo. It means that there will be a greater app compatibility which is something the platform desperately needs if it is going to take off.

It is not certain yet if there will be the performance grab you'd typically expect out of 64-bit apps.  Much of that depends on the Snapdragon 835 CPU.

The ARM 64 SDK will be available for Store apps and desktop versions (.exes). Not many people have much optimism when it comes to Microsoft moving away from an entire x86 shop. We saw this before and it died a terrible death and Microsoft ended up backing away from its efforts.

In principle it should be a good thing.  It will force AMD and Intel to work harder at reducing their power requirements and promises of longer battery life and always-on connectivity.

Last modified on 06 April 2018
Rate this item
(0 votes)
Tagged under
More in this category: « Apple to kick out Intel in 2020 Samsung booms as chip sales slow »
back to top