Cannon Lake was supposed to be Gen 7 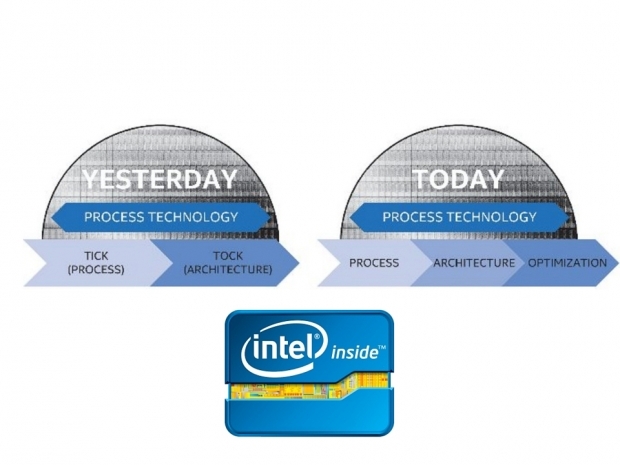 Intel hasn't announced its 10nm processors, despite us expecting them before the end of 2017. While there is a good indication that we shall see 10nm from Intel in 2018, it means that Chipzilla is two years behind with 10nm.

In August 2015, Intel announced its second generation 14nm process based on a processor codenamed Skylake. This was a tick from the 22nm Broadwell architecture. Broadwell itself was the tock (the new architecture) from Skylake.

Skylake arrived in August 2015 as the Gen 6 Intel or 6000 series. The original plan was to follow up with the 7th generation in 10nm and give it the codename Cannon Lake.

Obviously, 10nm didn’t ship in the following year as mass production was too much for it and even in the last days of December of 2017 Intel has yet to ship any 10nm parts. it could not even announce the Core Y, the easiest and smallest to make the 10nm core. There is some hope that this might happen in early 2018. 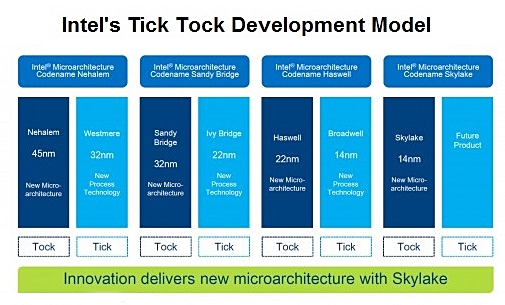 Instead of having Cannon Lake as 10nm being the Gen 7, Intel replaced the second generation of 14nm with another optimisation known as Kaby Lake. While Kaby Lake did well in both mobile and desktop, it was only a minimal optimisation of the 14nm predecessor.

Intel's agony didn’t stop there. In October 2017 it introduced the second refinement of the 14nm process codenamed Coffee Lake and called it the Gen 8.

The most significant change was squeezing in more cores and L3, which affected the performance of the multithreaded applications but again, it didn’t help Intel get to 10nm. However, these processors did a good job fighting against AMD’s Ryzen series, despite being somewhat elderly tech.

The Tick Tock strategy today looks like Tick – Tock – Refresh – Refresh – and pray for the new Tick in 2018. Until early March 2017 and the Ryzen introduction, Intel was fighting itself. Of course, it didn’t delay its roadmap voluntarily, it had yield-related problems with its 10nm as we described a month ago.

Meanwhile, the successor of Ryzen should use the 12nm optimised 14nm manufacturing process from the GlobalFoundries, but it won’t bring significant leaps in performance. The successor to the original Ryzen will be an evolutionary step.

One of our industry sources once described Intel’s 10nm as Samsung’s / GlobalFoundries 7nm, which implies that the 10nm core from Intel can bring a lot of performance to the table. All Chipzilla needs is to have the 10nm Cannon Lake (desktop) and Ice Lake (notebooks) ready by the second part of 2018, and it will stand well to compete with AMD.

However, that means delays close to two years.

Last modified on 27 December 2017
Rate this item
(0 votes)
Tagged under
More in this category: « Intel CEO wants to start taking risks TSMC gears up to take Qualcomm business from Samsung next year »
back to top