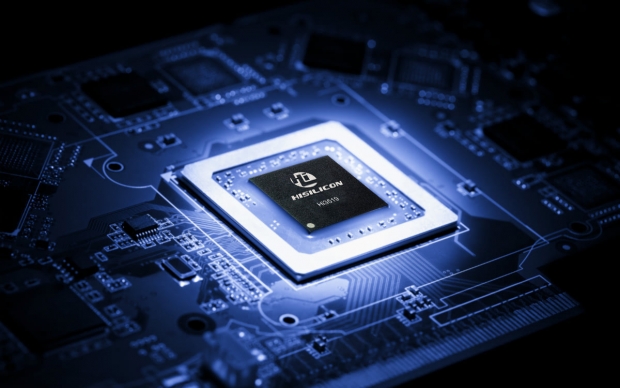 HiSilicon Technologies wants another supplier for the fabrication of its 7nm chips and apparently Samsung, Globalfoundries and Intel are trying to get the Chinese fabless firm's attention.

TSMC has been HiSilicon's sole foundry partner for its 16nm and 10nm solution and will remain so, but  HiSilicon wants to get a back up for 7nm chips to ensure sufficient production capacity.

TSMC has regained chip orders from Qualcomm, which used to be the foundry's largest client, the sources noted. TSMC is believed to have snapped up Qualcomm's next-generation processor orders with its 7nm FinFET process.

According to Digitimes Samsung intends to attract 7nm chip orders from HiSilicon by bundling its foundry services with resources of components such as OLED panels, DRAM and NAND flash chips, the sources indicated. This could all go tits up as Samsung is HiSilcon's rival in the smartphone SoC market.

Globalfoundries has a better chance if the foundry can stake a claim in the 7nm segment with technology enabled by some IP patents from IBM, which HiSilicon used to place its chip orders.

Intel with its 10nm process technology is vying aggressively for chip orders from HiSilicon. Intel has claimed its 10nm technology offers a density of about 100 million transistors per square millimeter, which industry sources believe is equivalent to TSMC's and Samsung's 7nm process nodes.

Last modified on 19 October 2017
Rate this item
(0 votes)
Tagged under
More in this category: « Intel targets Nvidia with Nervana TSMC sees profits down »
back to top