Intel not ahead of the foundries 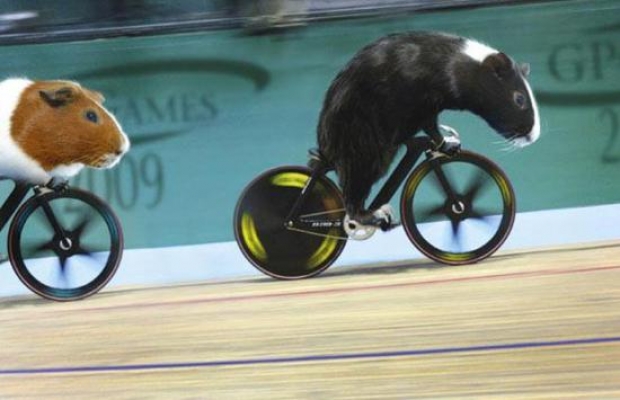 The naming game for the next generation of chipmaking actually covers up the fact that Intel is probably not ahead of the foundries in terms of transistor performance.

TSMC and Samsung told the world that they were advancing from technologies named "20-nanometer" to "14/16-nanometer" and would focus on FinFET. Intel said that it was going to shrink going from its 22-nanometer technology to its 14-nanometer as it rolled out its second generation FinFET transistors.

Intel fans have been putting it about that TSMC's and Samsung's respective 16nm/14nm processes is the same as Intel's 22-nanometer process and that the Foundries have fallen behind.

But according to financial analyst Ashraf Eassa while Intel shrunk in going from 22-nanometer to 14-nanometer trailed the competition in terms of transistor density.

Intel never bothered to mention this until it revealed details of its 14-nanometer tech (which would be decisively ahead of the foundry 14/16-nanometer technologies).

Intel admitted that its 32nm technology was behind the comparable 28nm offerings in terms of gate pitch-by-metal pitch (density). Same thing with Intel's 22nm relative to foundry 20nm offerings. However when it got to the 14/16-nanometer node Intel started claiming that it had a lead over the Foundries.

Intel's 14nm does have a density advantage over foundry 14/16-nanometer offerings, but the foundry offerings are still ahead of what Intel had at 22nm, because at the 20/22nm generation, Intel was actually behind.

Chipzilla has also been claiming that they are on their second-generation FinFET while the competition is on its first-generation FinFET. This implies that Intel's 14-nanometer transistors are a full generation ahead of the foundries in terms of performance.

But word on the street is that Intel’s 14nm transistors are ahead in all performance metrics relative to the foundries' except for parasitic capacitance. This is a byproduct of the fact that Intel's transistor fins are packed closer together than the foundries’ 14/16nm offerings.

But the Samsung 14nm FinFETs fins look more like Intel's 14nm fins than the 22nm fins Chipzilla Intel put into production in late 2011. Which means that they are second generation rather than first.

All up, Eassa reasons that Intel is probably behind the foundries in terms of technology. It is not much but there might be some notable differences between the two when the start hitting the shops.

Last modified on 10 February 2016
Rate this item
(41 votes)
Tagged under
More in this category: « OEMs appear to kill AMD’s Carrizo AMD raises notebook clock-speed by 1Ghz »
back to top