Investors get bullish about AMD 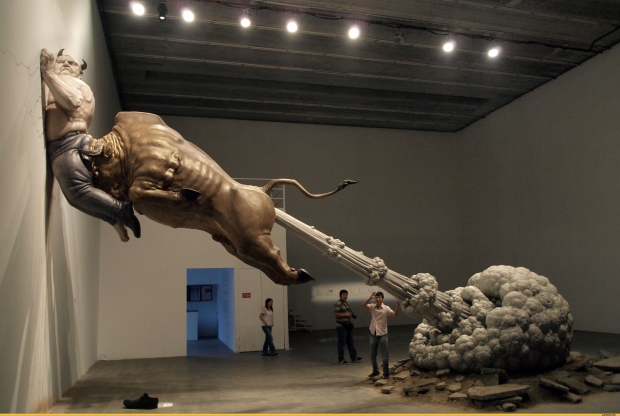 Over the Christmas break AMD experienced some brisk trading in its shares indicating that the cocaine nose jobs of Wall Street think the company will stir to life this year.


Most of the investment has been speculative and short term as traders are hoping for AMD to move above $3.50 before July but this is a little odd. AMD hasn’t traded above $3.50 since September 2014 and it is $2.94 now.

Last year was up-and-down year for AMD. The shares struggled during the summer months, but have rallied over 70 per cent during the fourth quarter. But until Zen arrives we can’t see much on the horizon for investors to get excited about.

But in share prices it is all about timing and if AMD’s cunning plan pays off there are going to be some seriously wealthy people out there. AMD has slowly entered the data centre market with a longer roadmap and enhanced architecture. “Zen” targeted at high growth markets such as data centres and HPC (high performance computers). Currently this is controlled by Intel which will once again find itself facing a better and cheaper rival. If it works then Zen’s stock would jump into the growth trajectory. The advantage is that if the shares are this low then the gains are going to be huge.

AMD is revamping its GPU product line to make it competitive with Nvidia. AMD has also secured three design wins for its semi-custom SoCs. These wins will start earning revenue beginning in the second half of 2016 with the first two wins expected to generate a combined revenue of $1 billion over a period of three years. The third design win is rumoured to be with Nintendo for its NX game console.

PricewaterCoopers expects worldwide console game sales to reach $28 billion by the end of 2016. However, it expects PC games, where Nvidia is King, to overtake console games. However that is assuming that AMD does not pull a rabbit out of its hat over discrete GPUs too and manages to claw back some sales fast.

Of course it could all go tits up. Zen might not work, or not produce what it is claimed. In which case there will be a lot of investor who lose money. But with AMD’s share prices this low, they are not going to lose that much.

Rate this item
(16 votes)
Tagged under
More in this category: « Companies suffer as Apple slashes production Amazon sells its own brand of chips »
back to top